What to do in North Vancouver BC, Canada.

Could it be that this is an area of ​​the city of Vancouver? But this is not so - the fantasy of urban planners suggested that the city north of Vancouver could be called North Vancouver :) It was here that we spent the night, and the view was just wonderful - the downtown, the bay on one side, and the mountain - on the other. Nearby is the Cleveland Dam, which holds Lake Capilano and the impressive river that forms the gorge, a suspension bridge stretches over the objects - in the observed park. 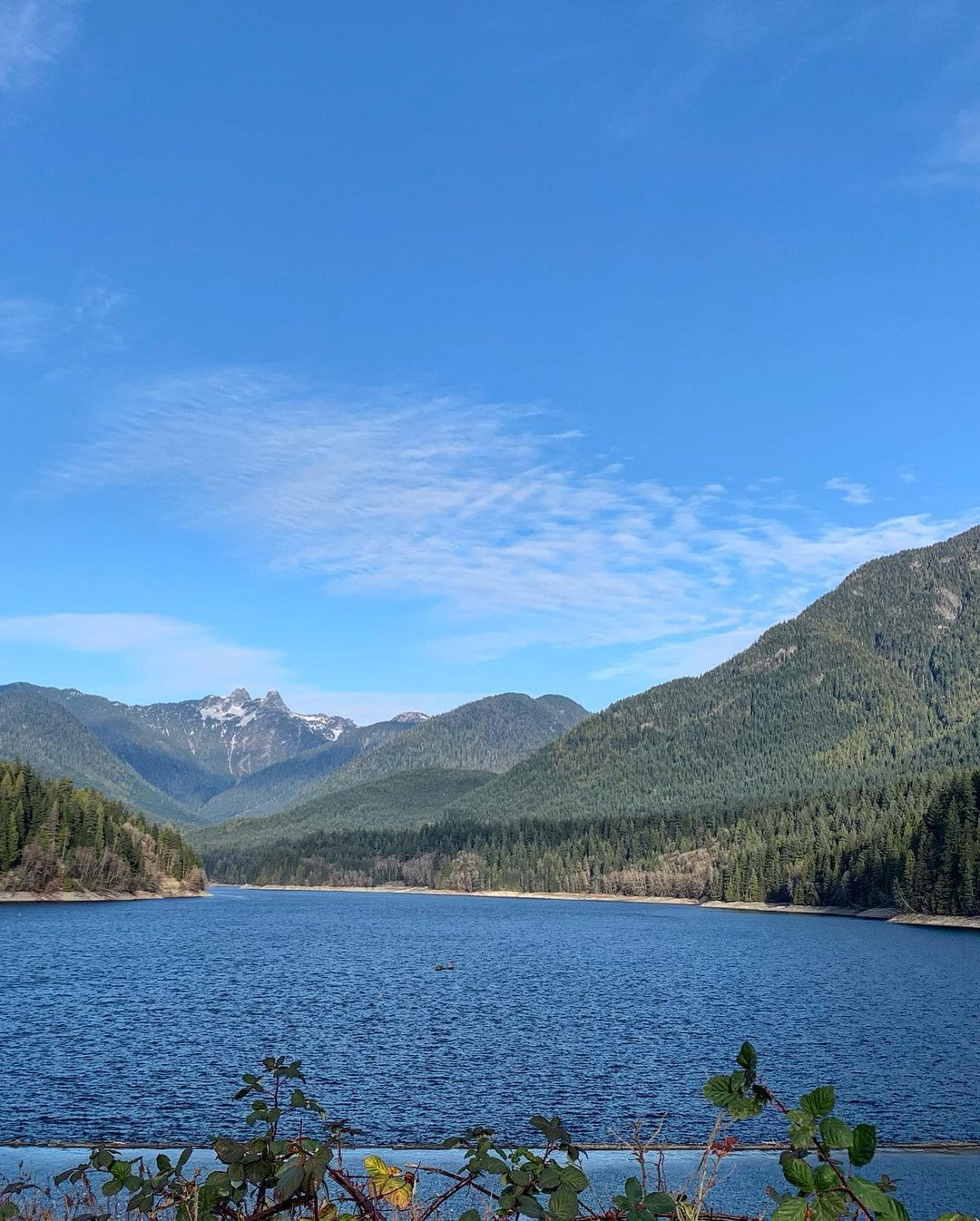 Tickets allow you to enter the park more than 1 time during the day - you can watch in the morning and return in the evening and admire the decorated Christmas trees. And if you are lucky enough to live in beautiful British Columbia, then for the same money you will receive an annual subscription to this park. During Christmas and New Year, the park is additionally decorated with magical evening parties. 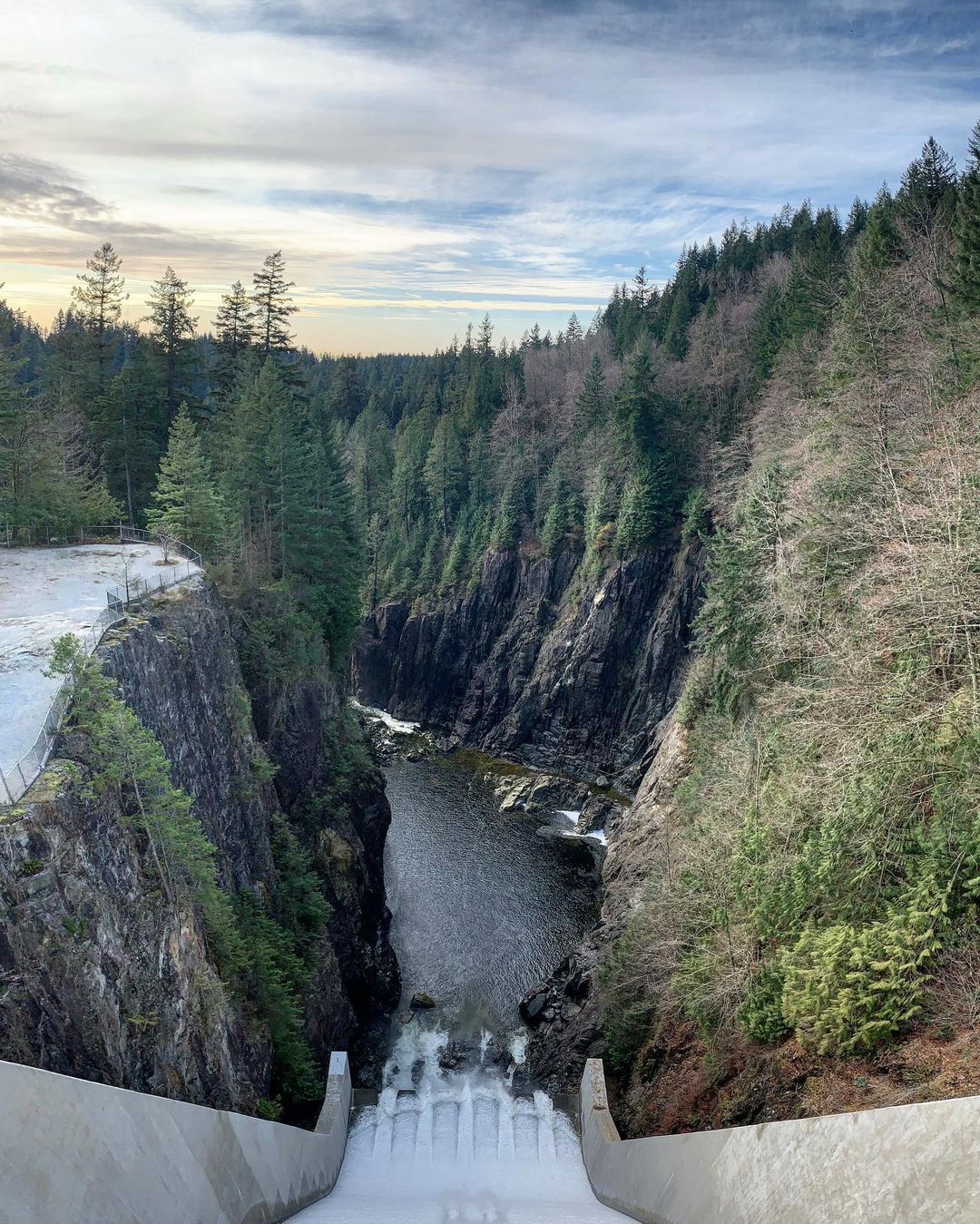 In addition to the bridge, there are paths in the forest, suspension bridges over the same paths, and decorated land and space around. In the dark, for example, you can see a shiny owl flying. And next to the cafe live impudent squirrels. very close to society, that they cannot be fed (even the cutest ones) - they take bags of sugar and drag them to their homes. Even the fact that a person is standing nearby and waving his hands - they do not care at all! Sweet tooth… 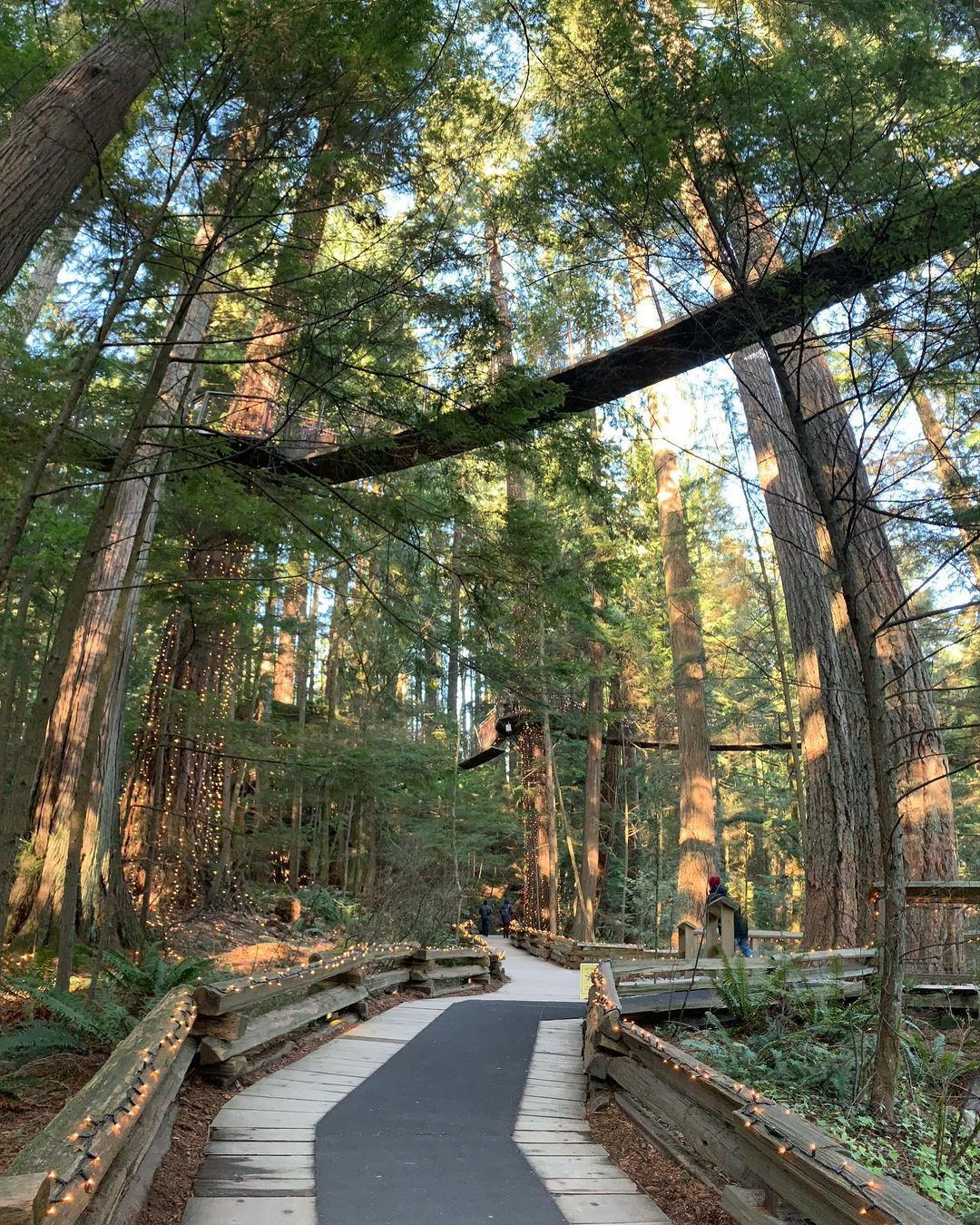 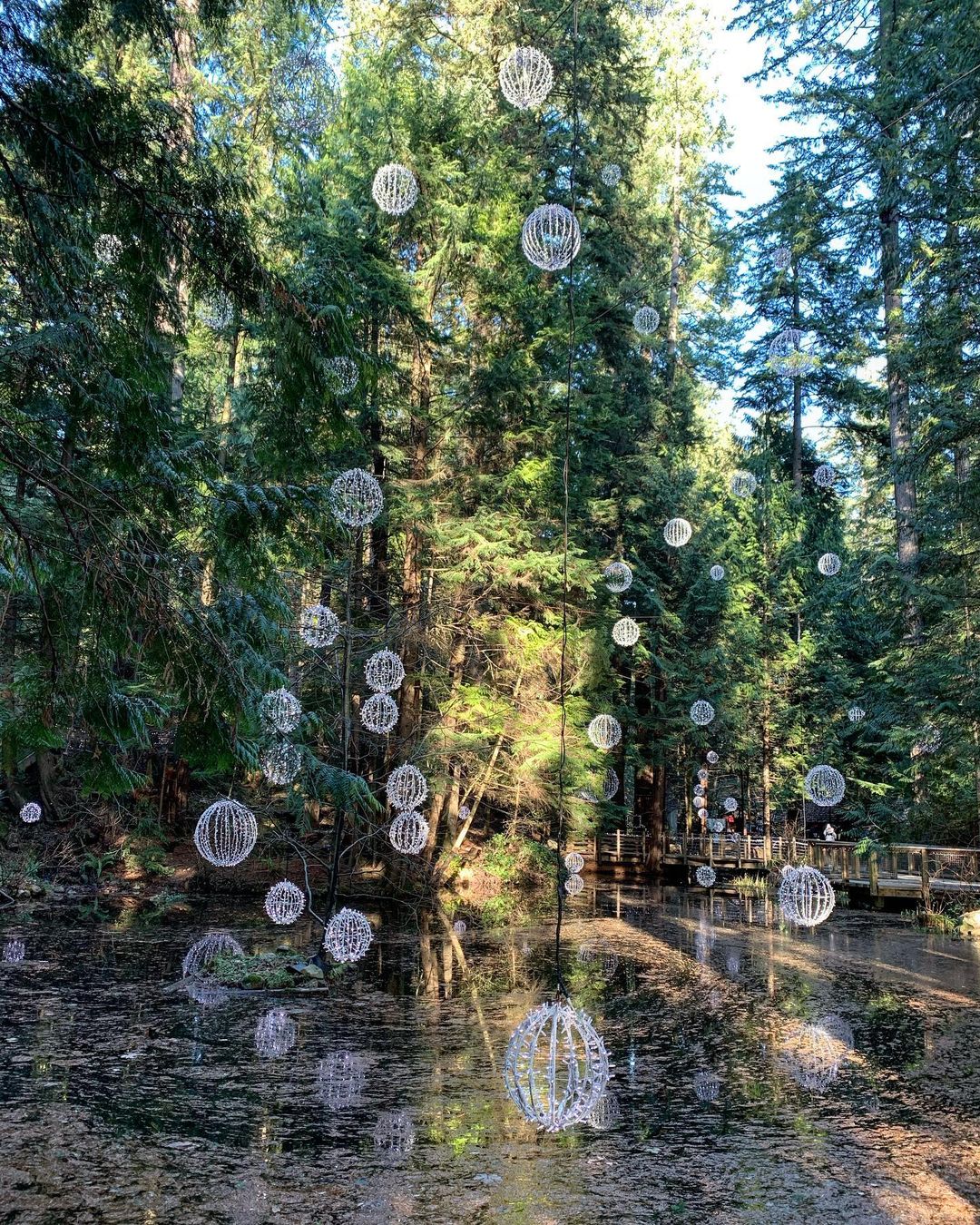 There we met a woodpecker! He seemed to be looking for some kind of worm and slowly descended, all chipping off more and more bark. But in the end he did not find it, and went up higher, to look further. 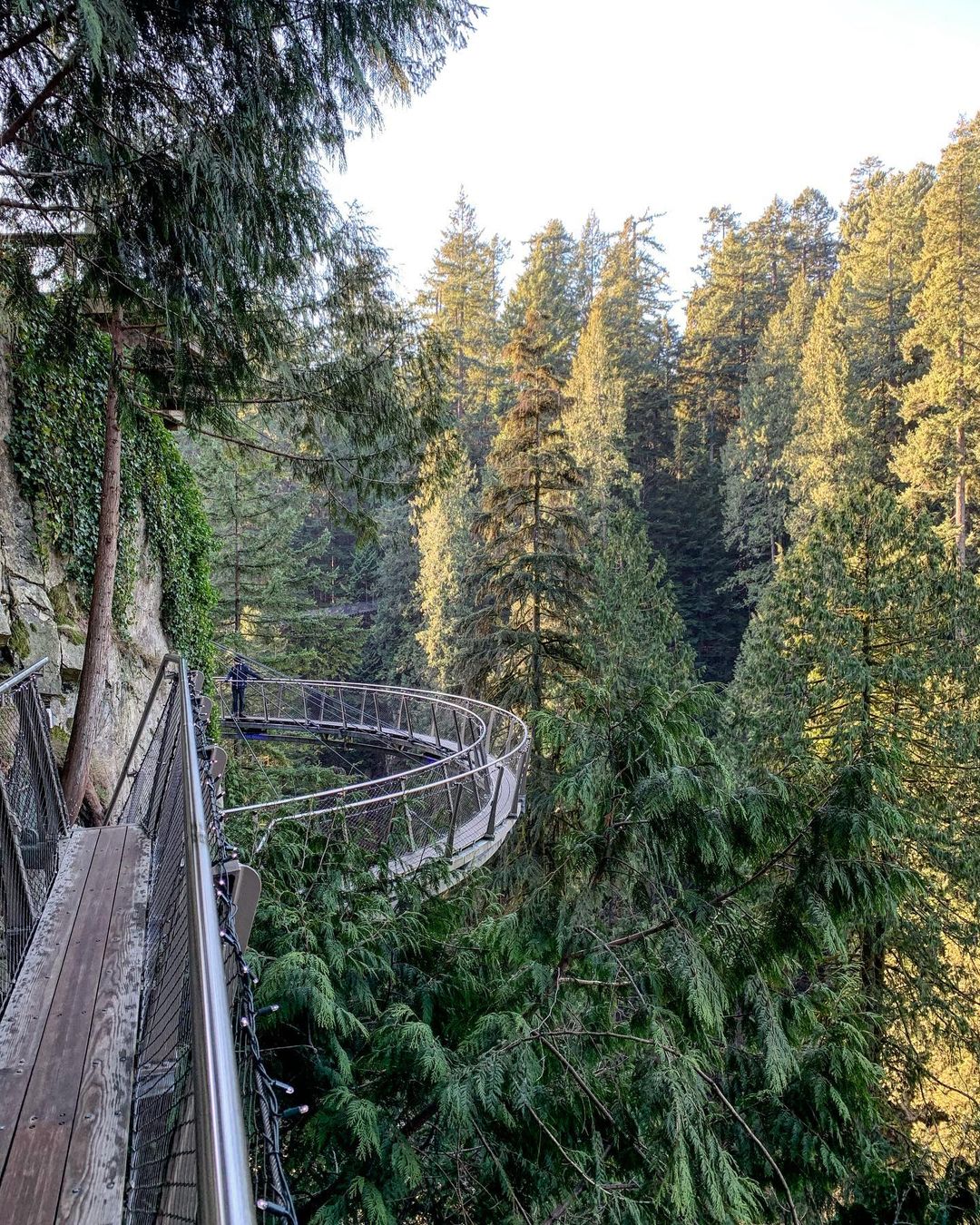 On the opposite side of the gorge there is another path, which lies on metal bars driven into the rock. It doesn't stagger and it doesn't go scary, but you only hope that it is firmly driven in :) And in the evening, by the light of millions of lights, Christmas music is still playing. You can also listen to live music - the band constantly plays near the gift shop. 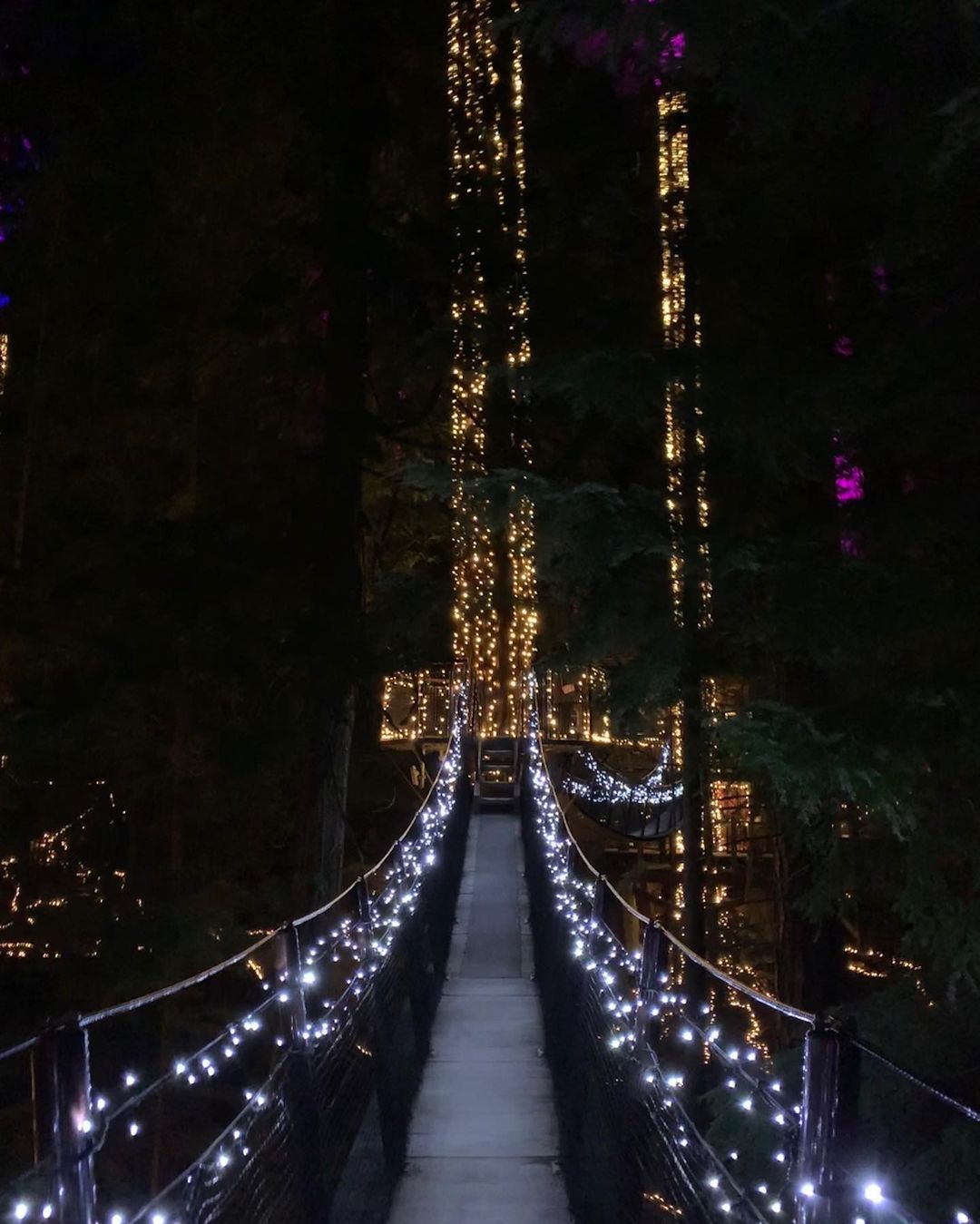 In the very evening we stopped at the embankment to watch the sunset overlooking the downtown. a lot of TV shows are filmed with this view, it's true that it's like Seattle. Nearby is a market, a small art exhibition. And right there - the stop of the ferry "seabass" - SeaBus. 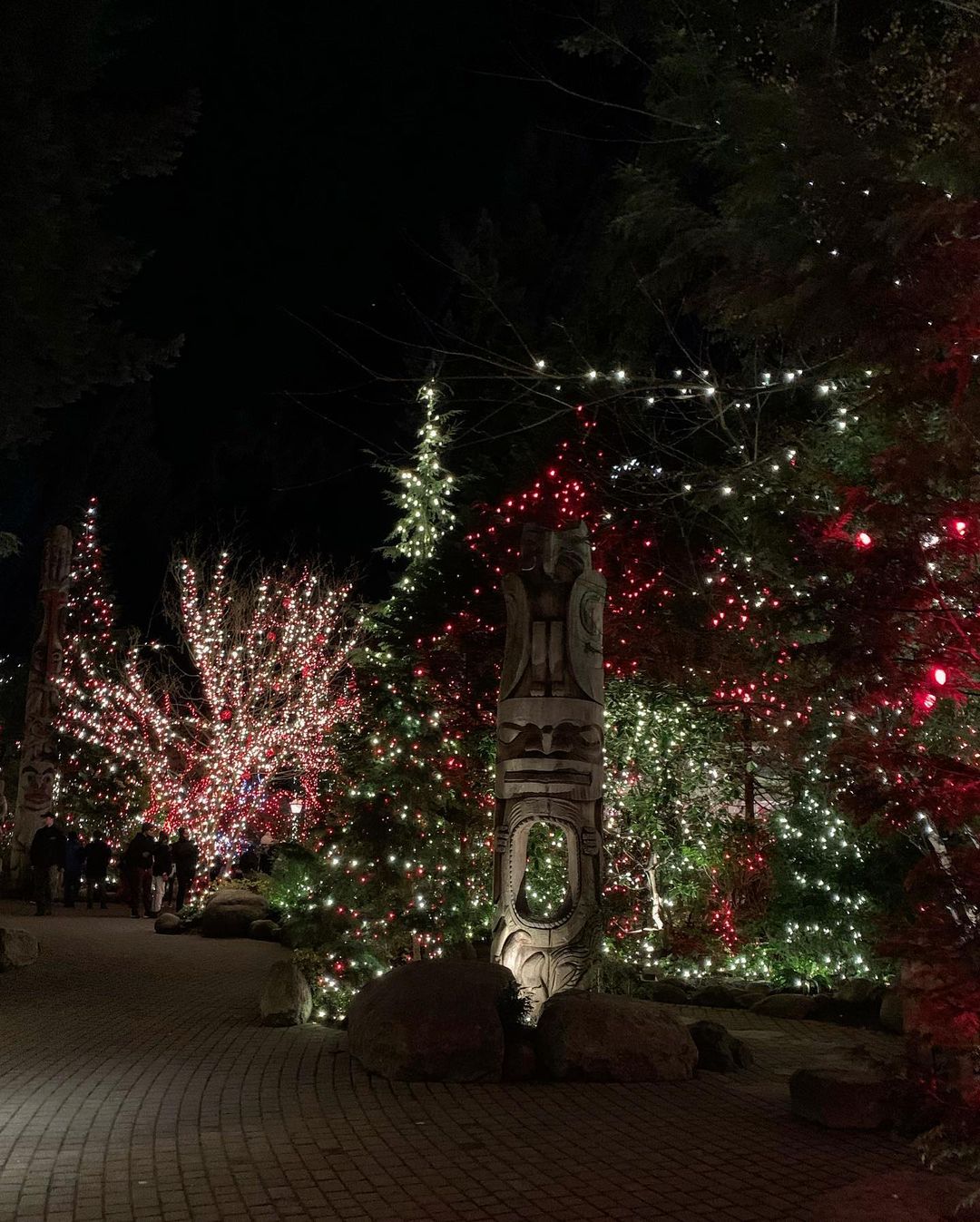