This place is more like Nevada State, with deserts and canyons. But this is Oregon, or rather a deserted part of it. 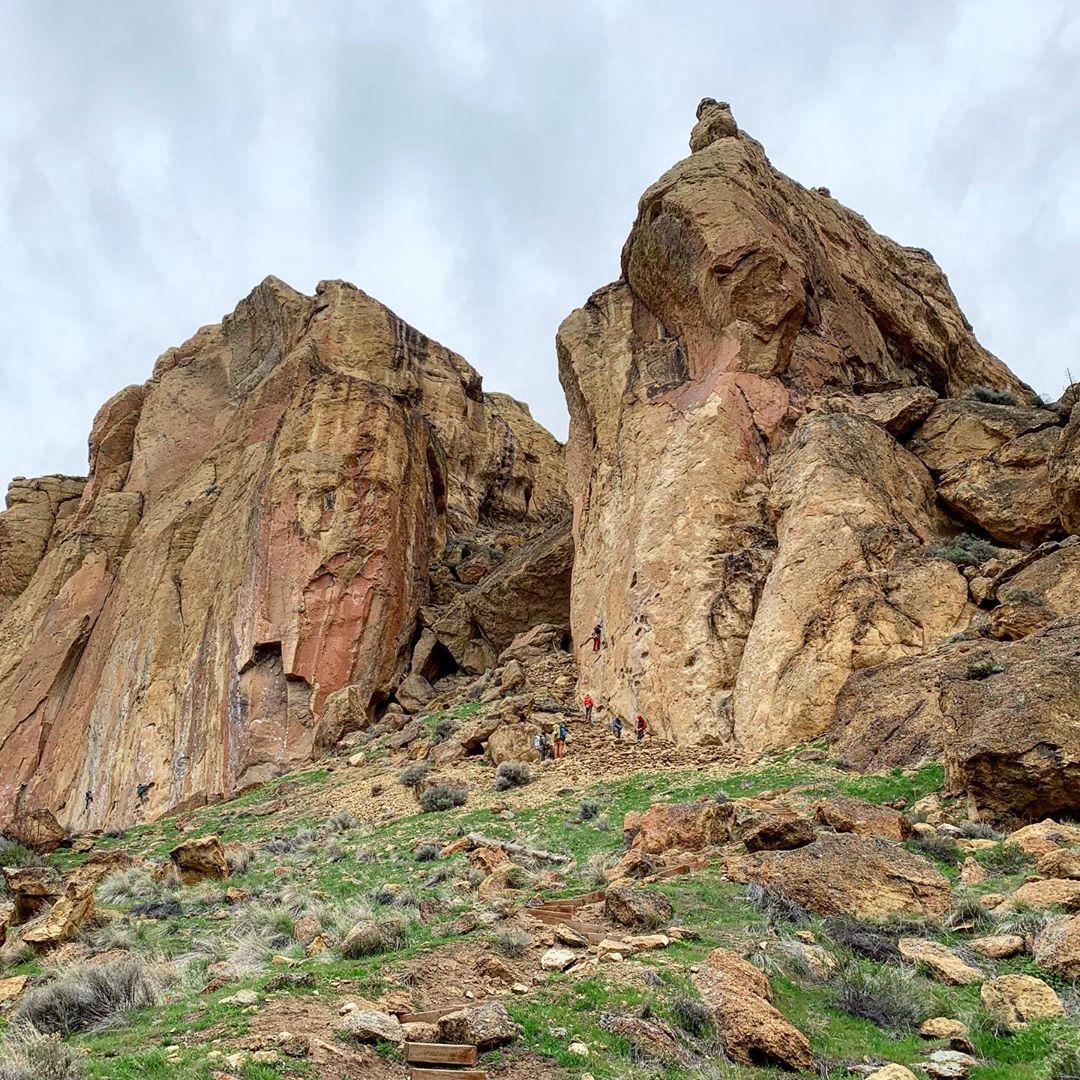 The rocks and the entire park are of volcanic origin; instead of a water river, lava flows once flowed here... In this park, modern American sports rock climbing began. And when we were there, a lot of people climbed or just came up, although there are many signs around that it is dangerous. 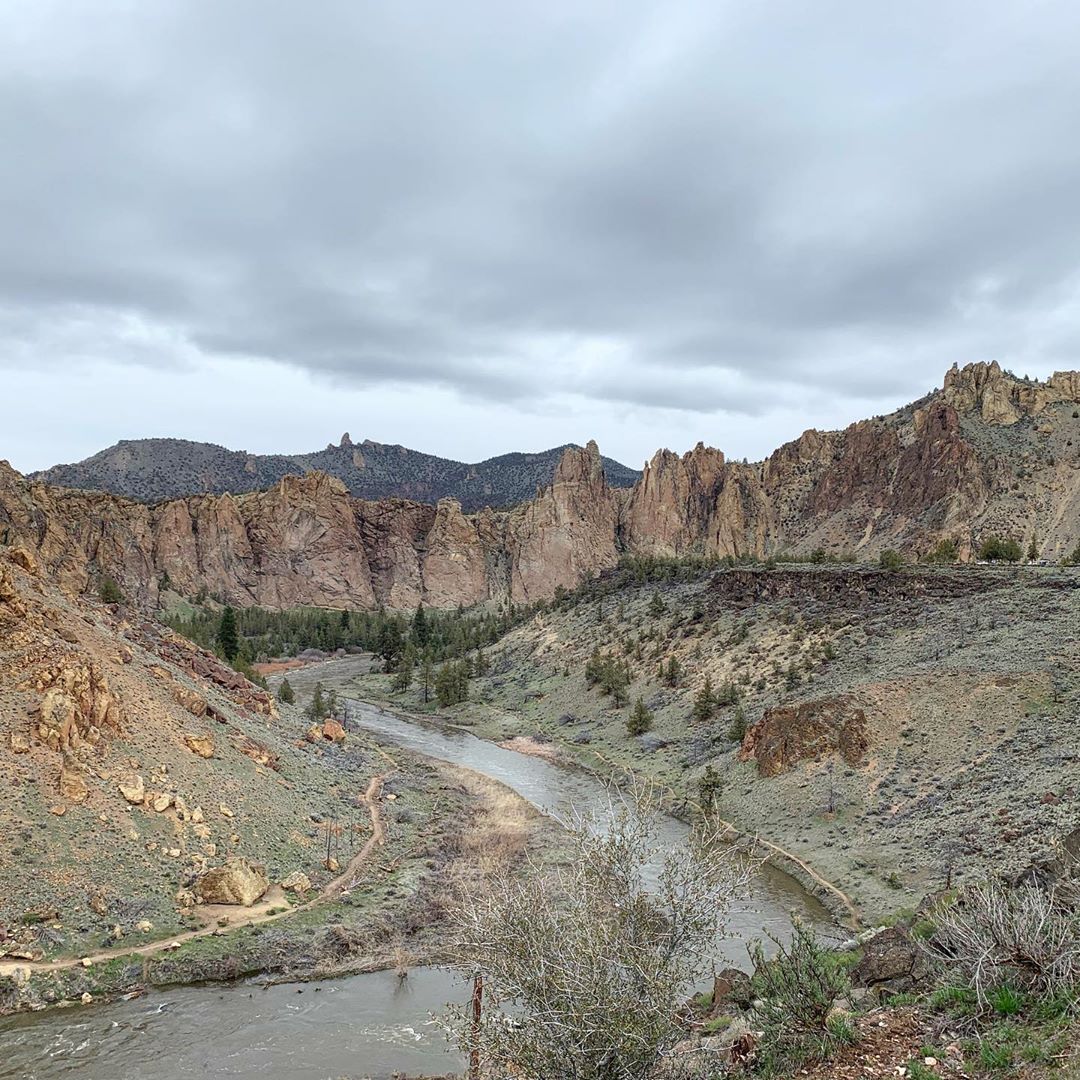 We wanted to make a circular route, but what looked like a path on the schematic map turned out to be a horse crossing, and we had to return the same way 😀 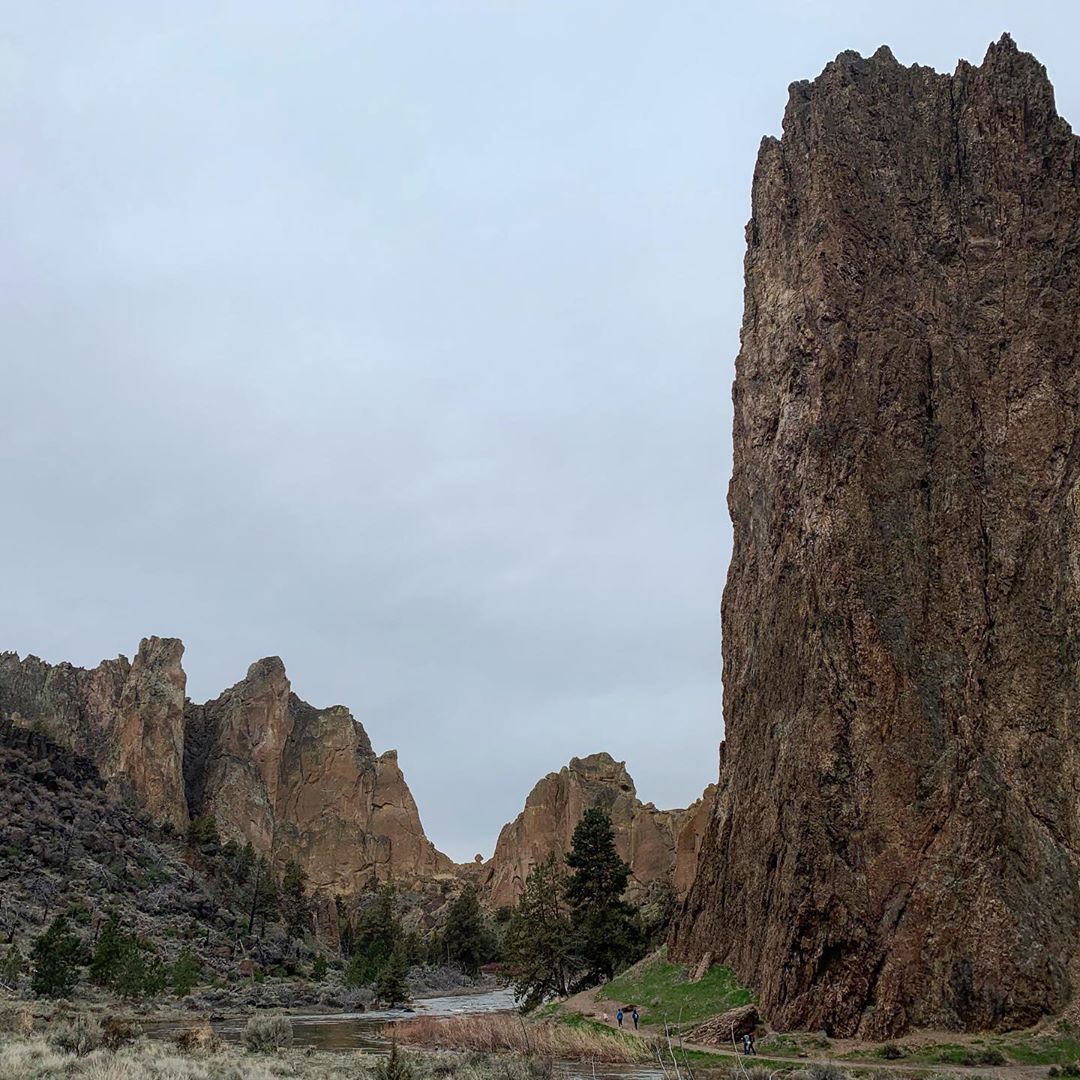 On the way to the waterfall, we passed the Hood volcano, but due to snowstorms it was almost invisible... Having left for the Columbia River - it flows all the way from Canada (District of British Columbia), crosses the state of Washington and then separates it and Oregon. The winding road runs between the mountains and the river and offers great views!

The end point is a 165 meter high waterfall, the second highest year-round waterfall in the United States. From the bottom you can enjoy the view of the waterfall and the lace bridge, and climbing the bridge itself - you can freshen up a little under the shower :) 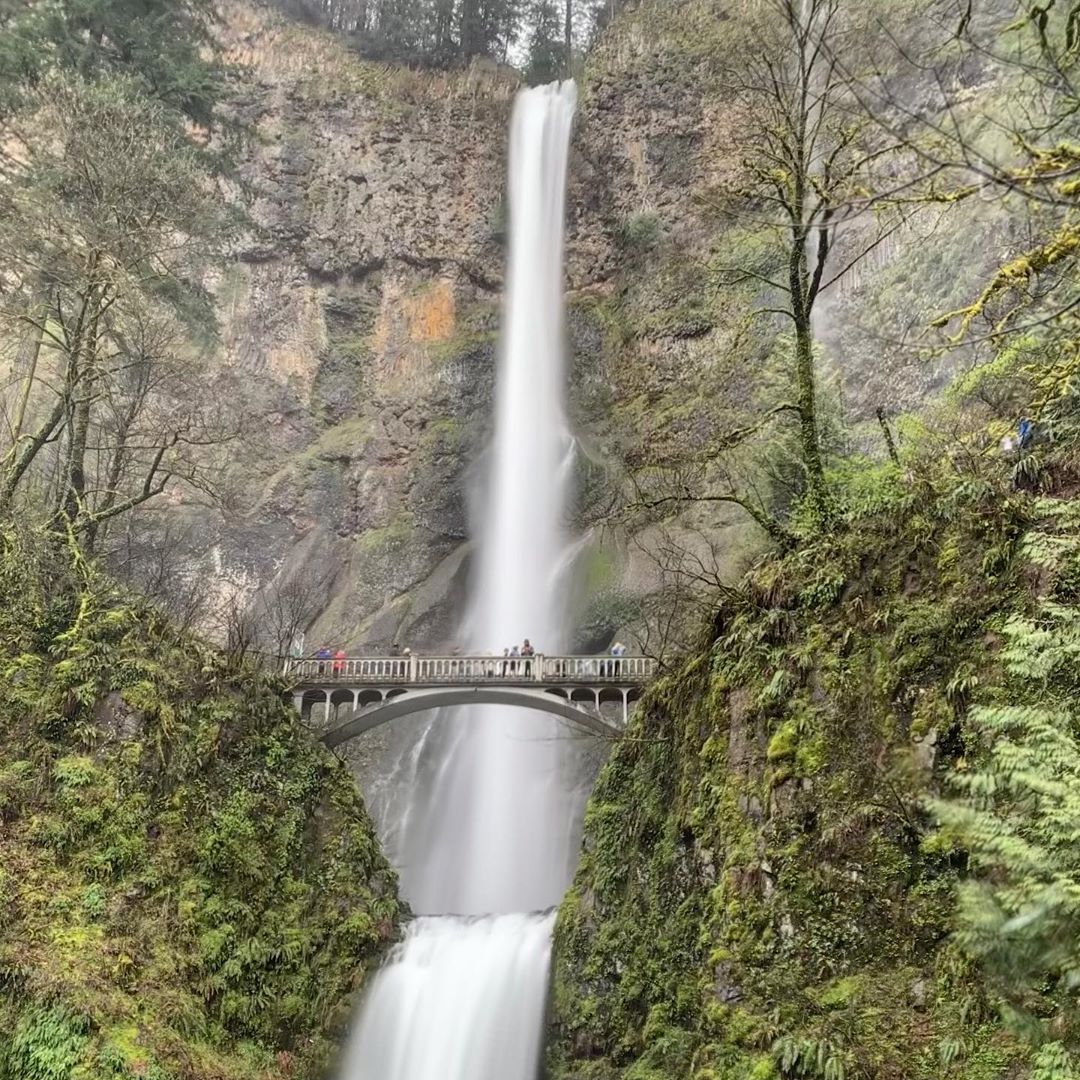 It's funny that on the last part of the way we decided to include the same songs that we listened to on the way to California - “It never rains in California”. At this time, instead of a drizzling rain, a wild downpour began on the street, which even at the fastest speed of the wipers, the glass remained cloudy from water. In addition, the song, offended by where and in what conditions they listen to it, did not want to be played 😂 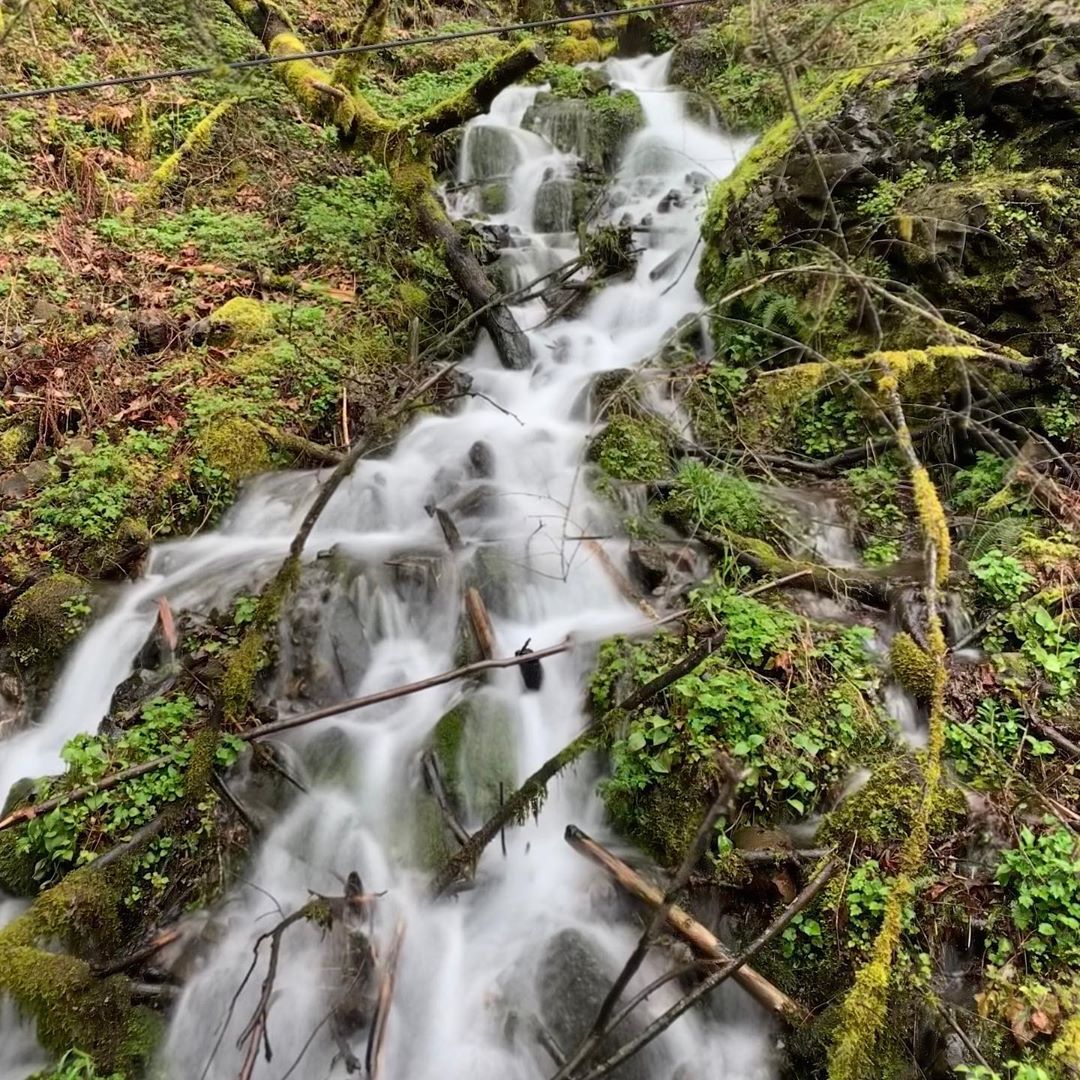 It was a very exciting trip, with all seasons and all kinds of weather. Somewhere we were not 100% ready, but after walking in the same rag sneakers in the downpour, desert and snow - we felt the diversity of nature, and how quickly it can change even during the day!