The whole day was devoted to the ocean coast. It's just incredible! So much power falls on the volcanic coast every day, continuously and non-stop! The ocean is that ragingly wants to expand its boundaries and destroy the approaching mountains.

A small port town, surprised by the fact that a large number of fur seals and lions crowded in the bay on giant breakwaters and wooden pallets, just like in San Francisco! A rather beautiful bridge is thrown across the strait. This is one of the most recognizable bridges of the US 101 highway, built in 1936. Interesting fact: in October 1962, wind gusts during a storm reached 222 km/h (before the measuring device failed)! 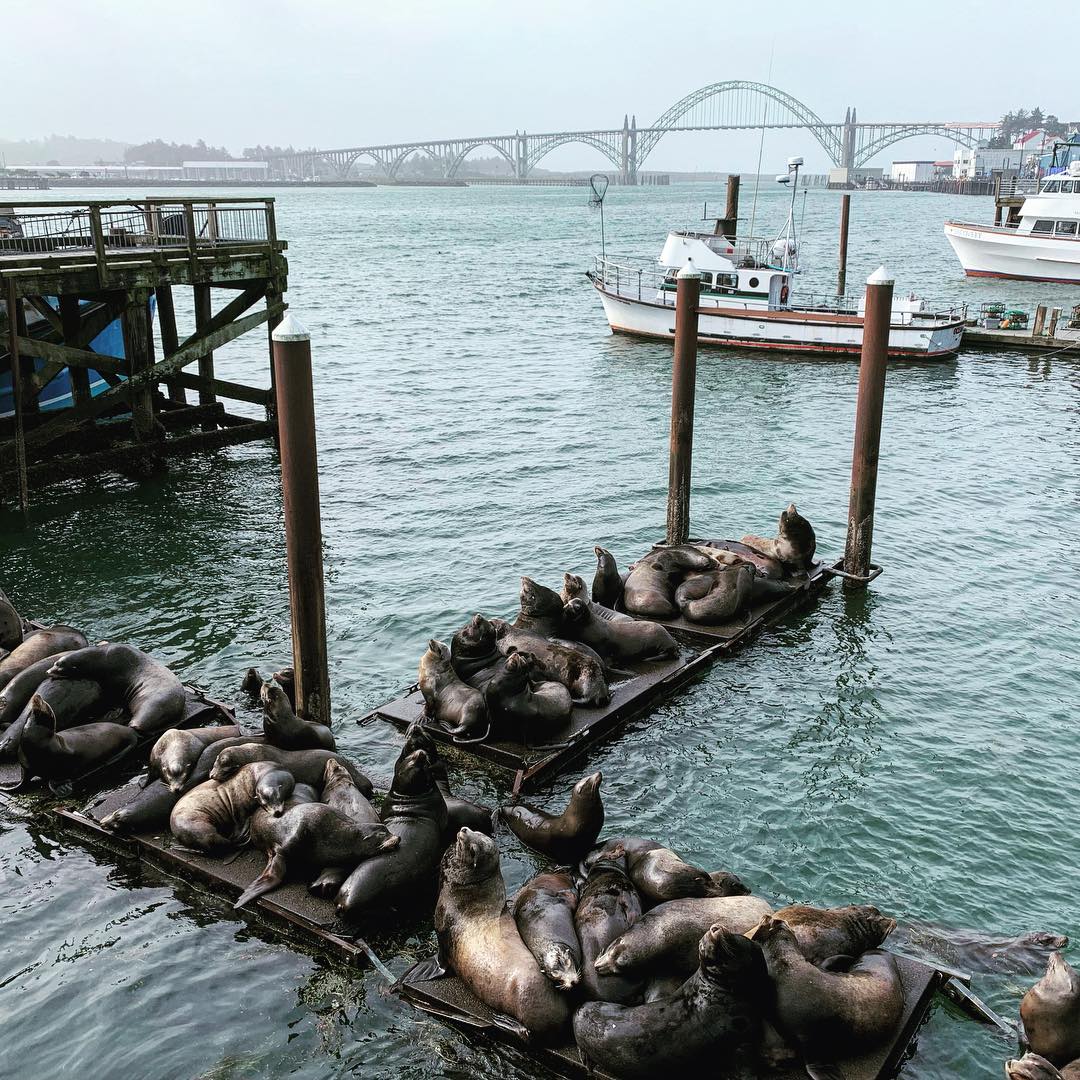 This cape was named by James Cook back in 1778, when he was looking for a passage from the north side of the Pacific Sea to the Atlantic.

Now it houses the Siuslaw National Park with many amazing places. Neither words nor photos can convey the bizarre coast that formed the ocean, with water whipped into yellow foam and fountains making their way through holes in the volcanic shores. 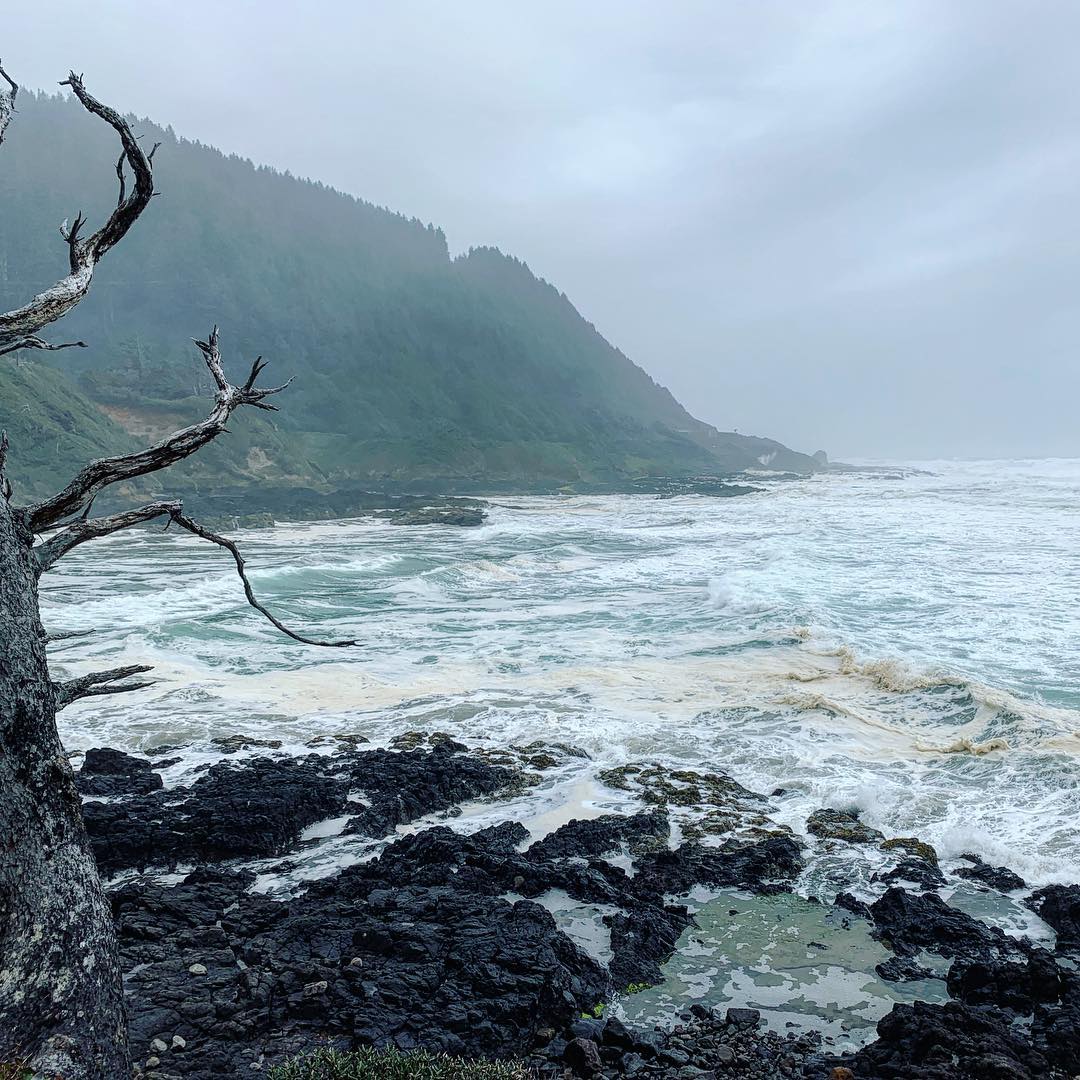 The largest cave system in America, home to a large number of fur seals and lions. It was naturally created by nature, with three entrances and a 38 meter dome. It was discovered in 1880 by a sailor. In 1961, an elevator was cut through, which increased the number of tourists. But what is very pleasing - tourists can only look from the side, without disturbing or disturbing the animals! 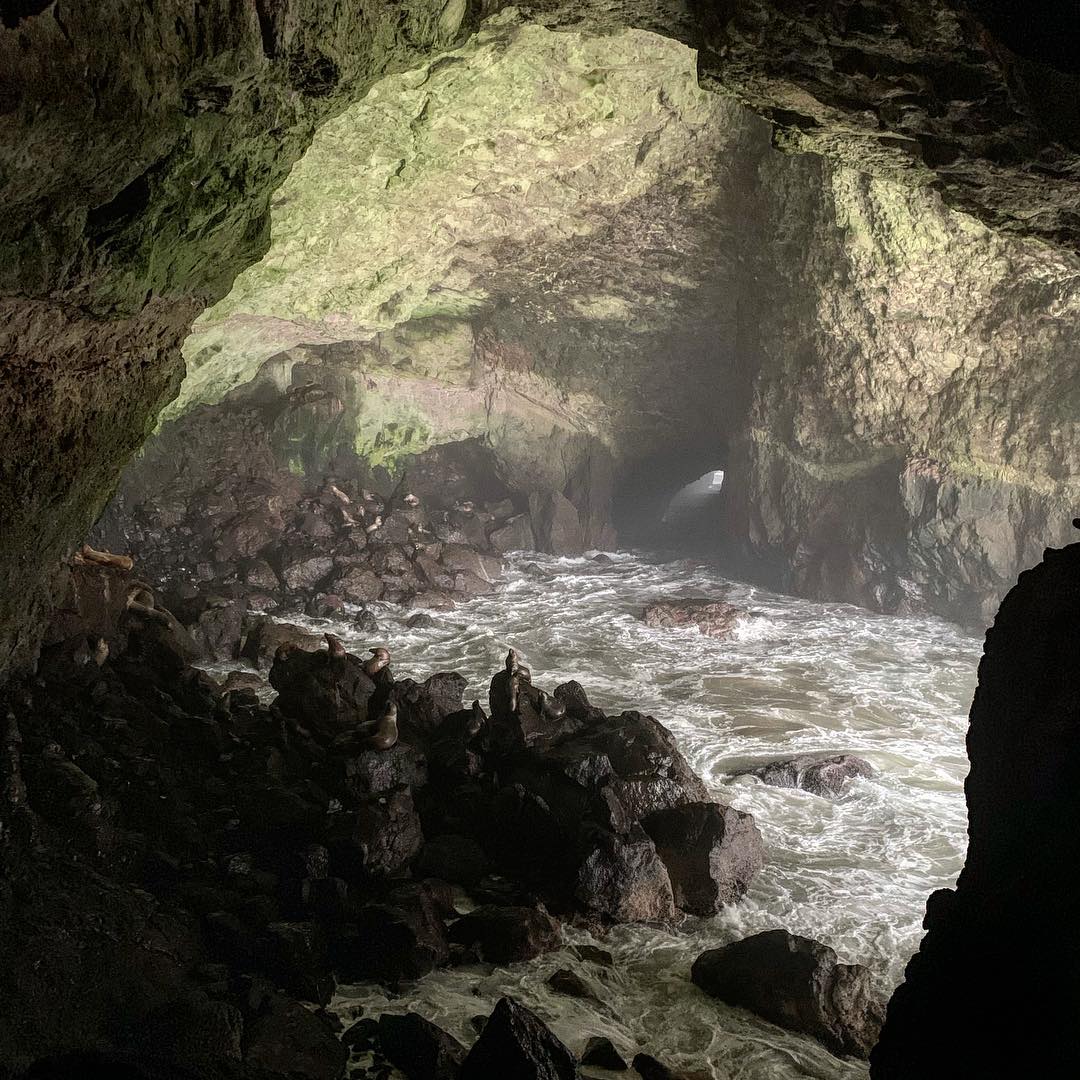