Our first trip across the desert. For the first time, we were driving along a road that went straight to the mountains on the horizon, and over which a mirage constantly hung, and it was as if the road appeared from nowhere! 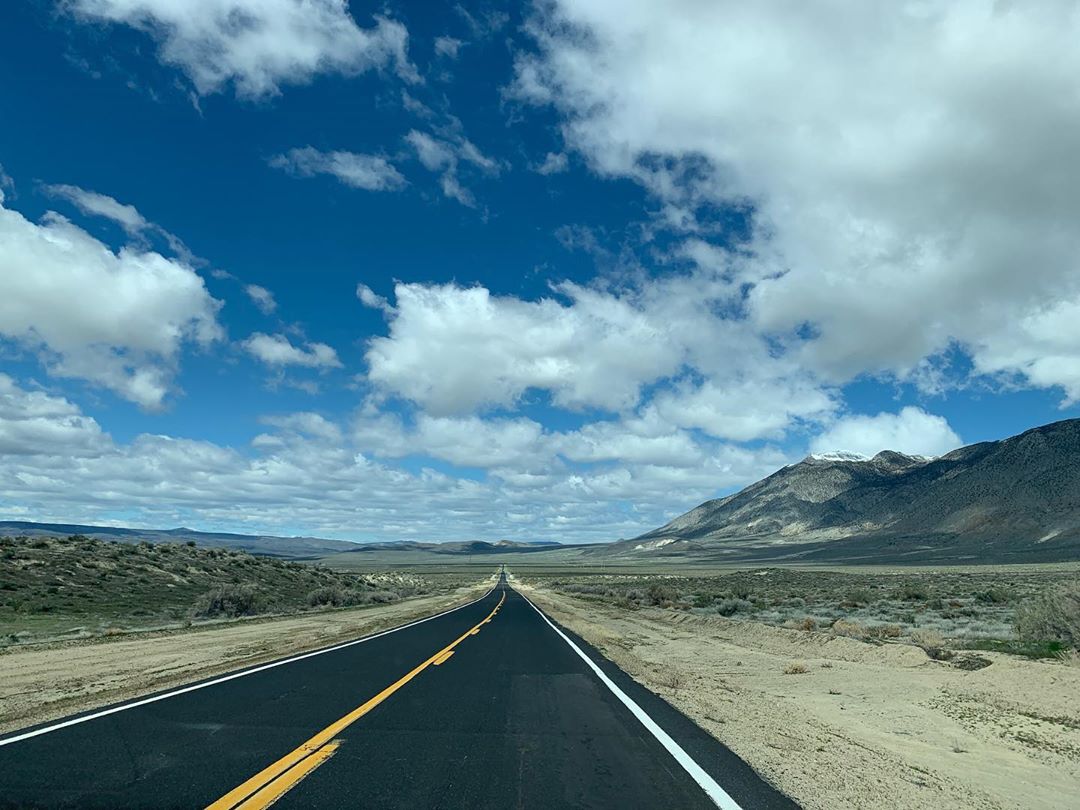 This is the same lake where the only river flowing from Lake Tahoe flows. Sad thing is - it is the only reservoir in which the endangered fish cui-ui lives... Salinity is 1/6 of the sea, and it is interesting that the lake area is almost 10 times smaller than the area of Great Salt Lake (the largest mineral lake in the Western Hemisphere, lies near the capital of Utah - Salt Lake City), but it has a quarter more water! 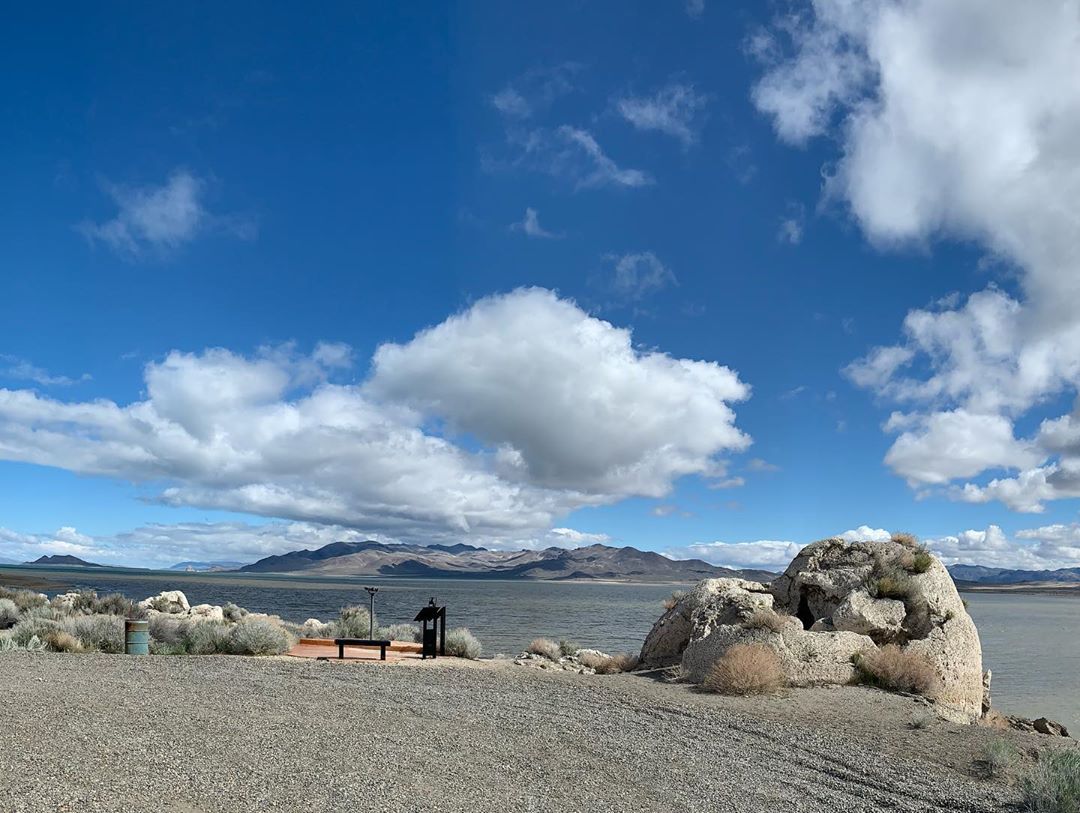 The next 122 km after the lake is an almost straight road. The main thing is not to fall asleep, but actually, it's hard to get bored here. The landscapes are completely unfamiliar to our eyes, on both sides there are mountain ranges, and you are driving in a valley along a half-dried lake... Having stopped by for coffee in ahem... as they say here - "in the middle of nowhere". We felt ourselves like an RPG. Accidentally meeting a French man, he dissuaded us from going along the entire desert, because after 30 miles gravel would begin, and we would puncture the wheels, there was no connection, and they would never find us there 😄. Therefore, they looked only in the corner, but that was quite enough. 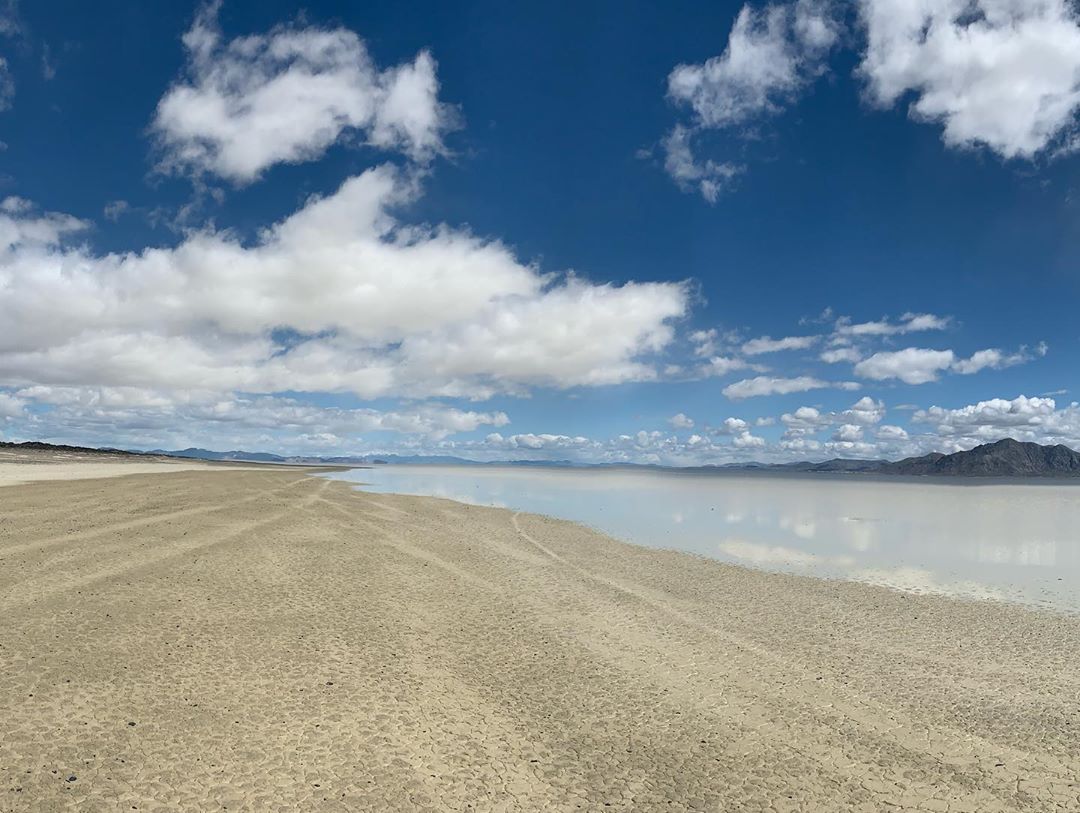 Thanks to the snowy winter, the desert was not yet completely dry, and most of it was like a mirror surface. Thanks to the sunny weather - the views were just magical! We walked across the cracked earth and felt like we were on Mars. True, after going further, we got a little stuck in the mud and thus transported to the spring of our hometown - Yaroslavl.

Three speed records were set in the desert, the last - in 1997 - 1228 km/h!!! and until now this record is not broken... But, since 1999, the Burning Man festival has been held here and therefore the surface has become not so perfectly smooth, and already more it is impossible to build a track to set new records ... By the way! There are a lot of black stones in the desert, so it's not surprising why this place was named so.

As we approached the California lands, more and more greenery became in the desert. At the end of the day, we examined the Indian stronghold on the very border of California with Oregon. This is part of the Lava Beds monument, where you can walk through the tunnels created by the passage of lava. But this is the next time, but for now - walking along the rocky trail along the fortress, where from December 1872 to April 1873 60 Indians, including women and children, held back 600 American soldiers... 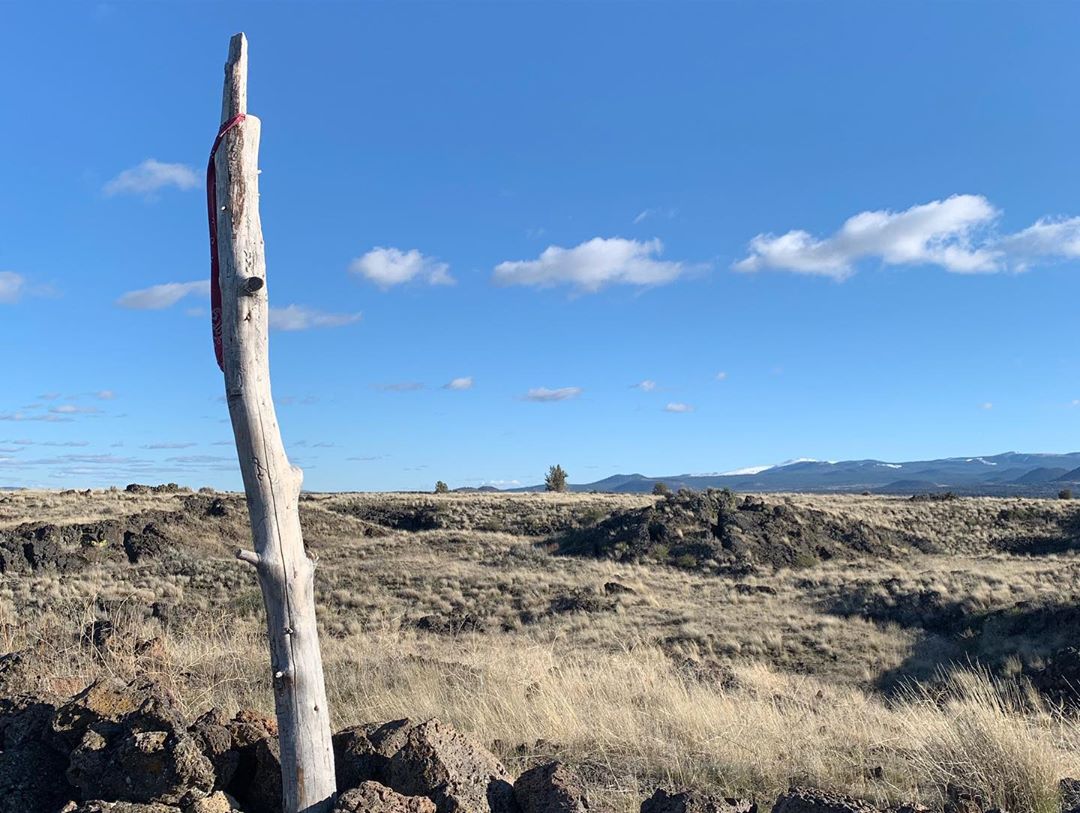 During the journey, many caves and pits were visible, where the vaults of the cave seem to have already collapsed. It was also interesting to look under your feet and see the frozen lava and waves from it...