About 6 thousand years ago there was a stratovolcano. But something went wrong, and after its eruption, instead of the top, a cauldron with a diameter of 8-10 km appeared... Thus, the deepest lake in the USA (and 8th in the world) appeared - almost 600 meters!!! No streams flow into or out of it. In the middle of it is the Wizard Island, which rises 230m above the water level ... But at the bottom of the lake there is still hydrothermal activity, so who knows - when this lake will change its shape again... 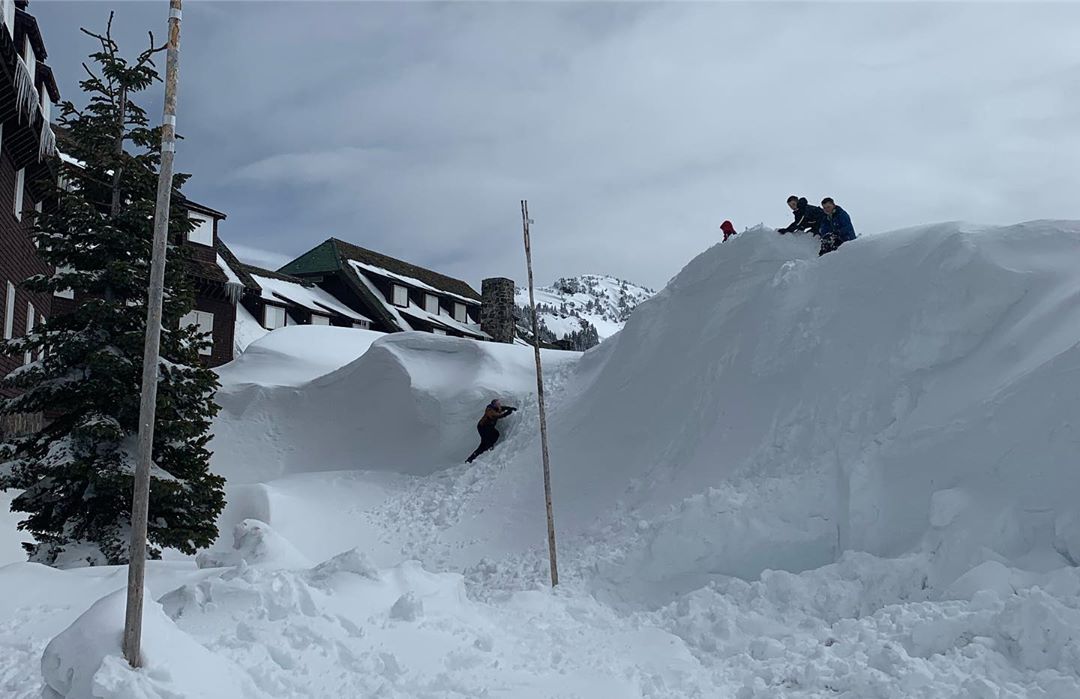 As we went up to the lake, the snow level was getting higher and higher. At some point, he became taller than the car. 2 times, if not more. But at the same time, all the roads were completely cleared, and even on all-season tires it was possible to drive safely! The houses (cafes/souvenirs) were covered with snow to the very roof 😃 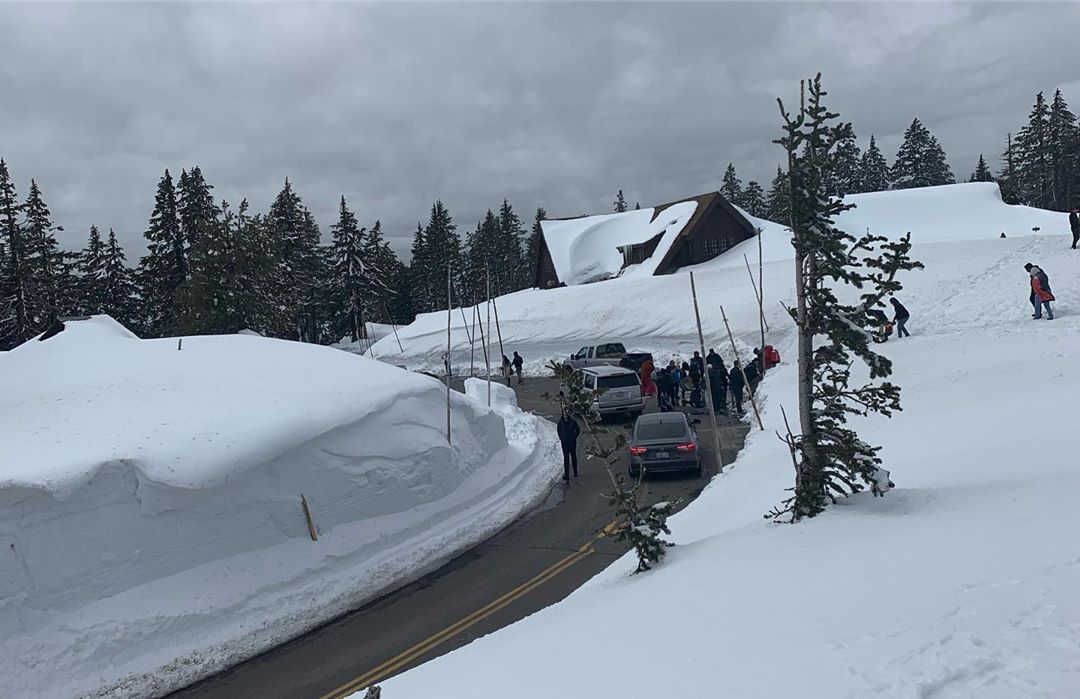 We climbed this mountain of snow and an amazing view of the lake appeared before us. In winter it seems to me that it is even more beautiful there than in summer! The main thing is that the weather is sunny. Azure water looks very beautiful against the background of white snow! Going back down in summer sneakers was even more fun than climbing 😂 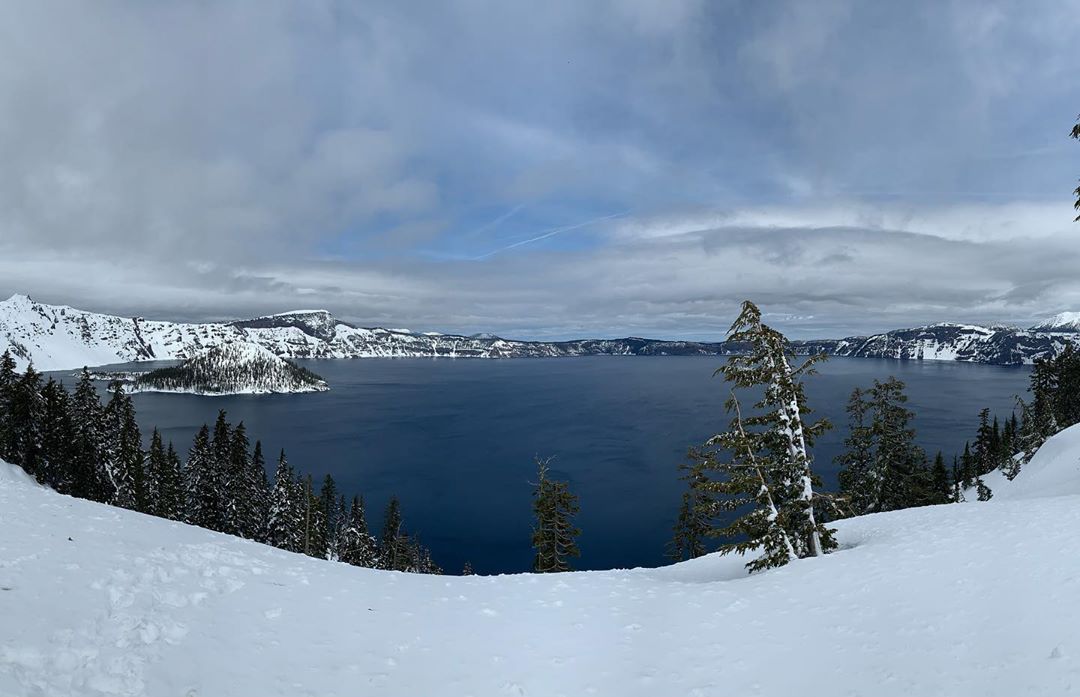 A century ago, the maximum level of snowfall during the winter reached 15 meters! And now only 10m... ⠀

In winter, the road along Crater Lake is closed, so we had to take a detour. There are a lot of mountains in this area. When you go, you cannot decide which one is higher. Only 1 river flows out of this lake - Umpqua River, which eventually flows into the ocean... 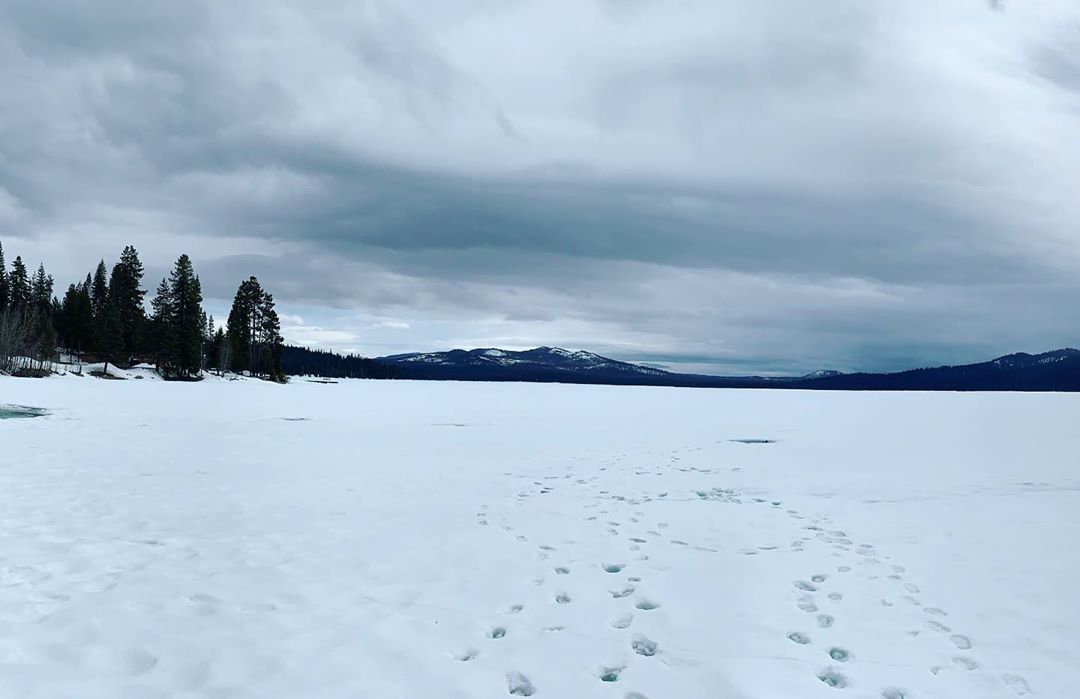 Here we spent a little time - rested, drank tea and walked a little along the snowy edge of the lake.

We wanted to visit another volcanic monument, where we could drive to the top of an active volcano. But - not the season, the volcano is resting.