We had to go to Bremerton, so after the usual hour on the ferry from Seattle and the completion of all cases, we decided to drive around the nearest county and return on another ferry. 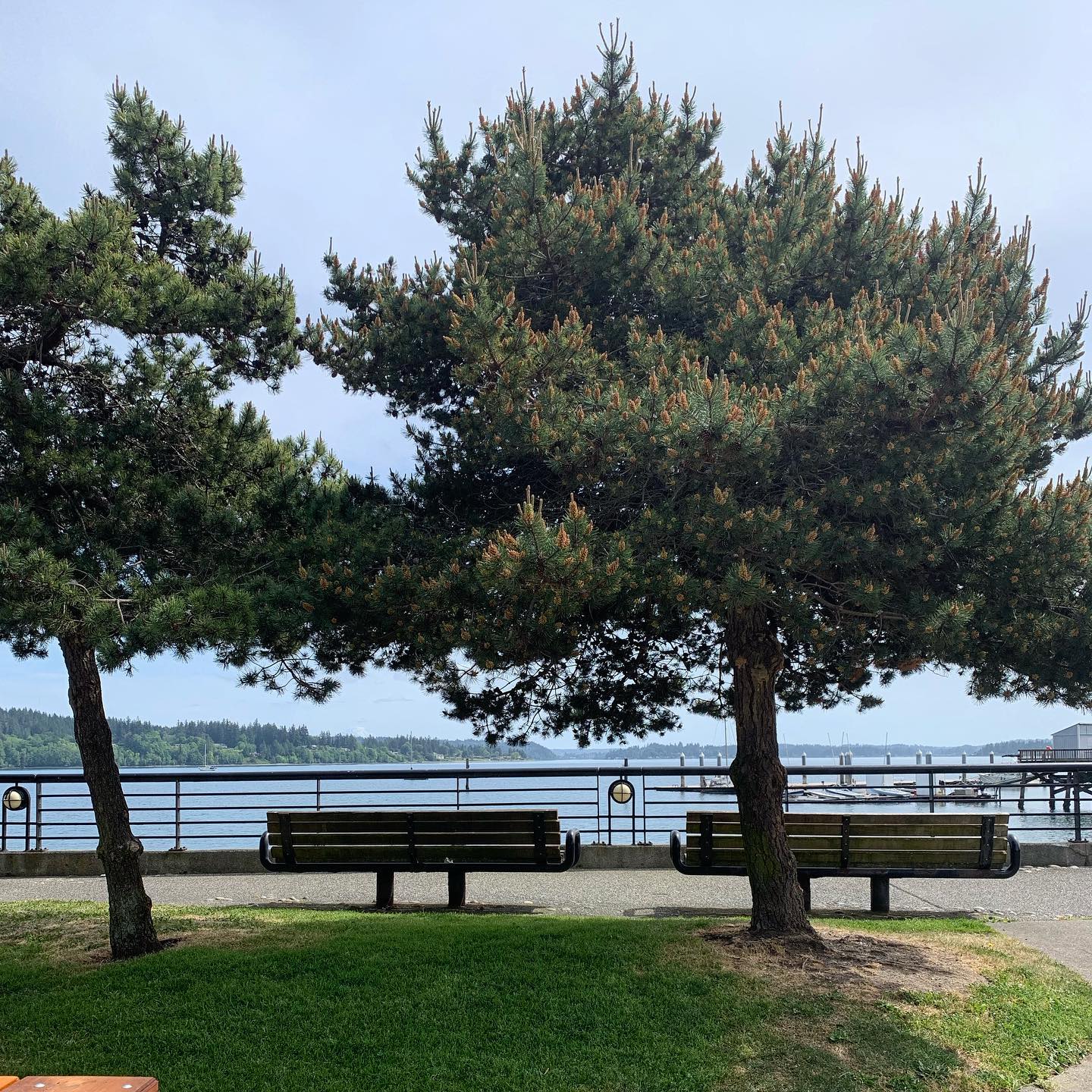 Half an hour later, we stopped in a small park on the waterfront of the town of Silverdale. There is a rather long pier, ending with a pier for boats.

At first it seemed - nothing unusual. But then we saw schools of fish shining near the surface. And turning around the corner of the pier, we saw a whole underwater world! But the most interesting thing is that in the red tentacles, tenaciously hugging the support, we recognized a starfish. This was our first meeting with her in this region, and as it turned out later, there used to be a lot more stars in Puget Sound, but starting in 2013, a certain disease spread throughout the west coast - from Alaska to Mexico, and destroyed the vast majority starfish… Now the population is recovering, but it will take time... 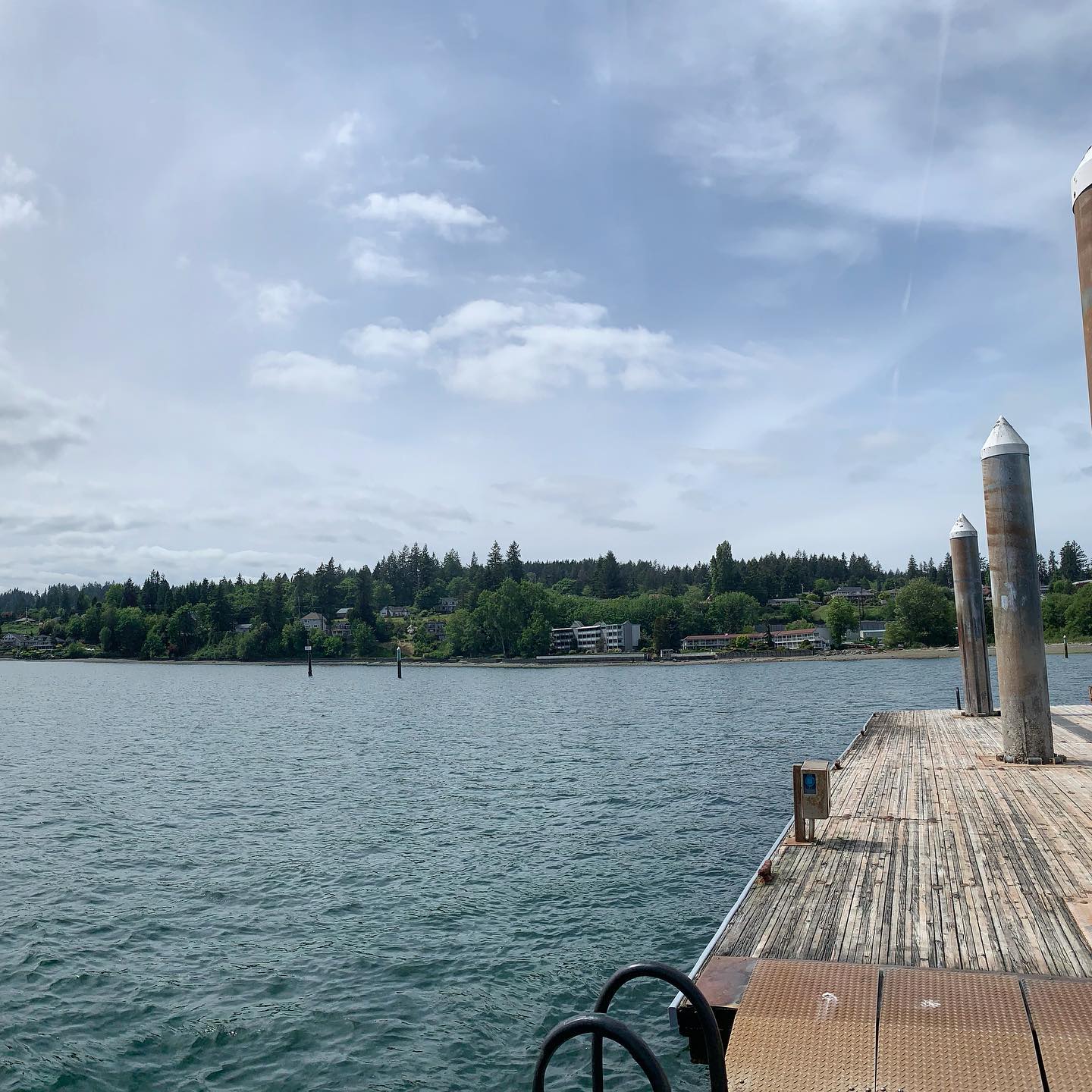 In addition to a single star, under the pier lived a giant settlement of sea anemones and crowds of fish (which were hunted by seagulls) 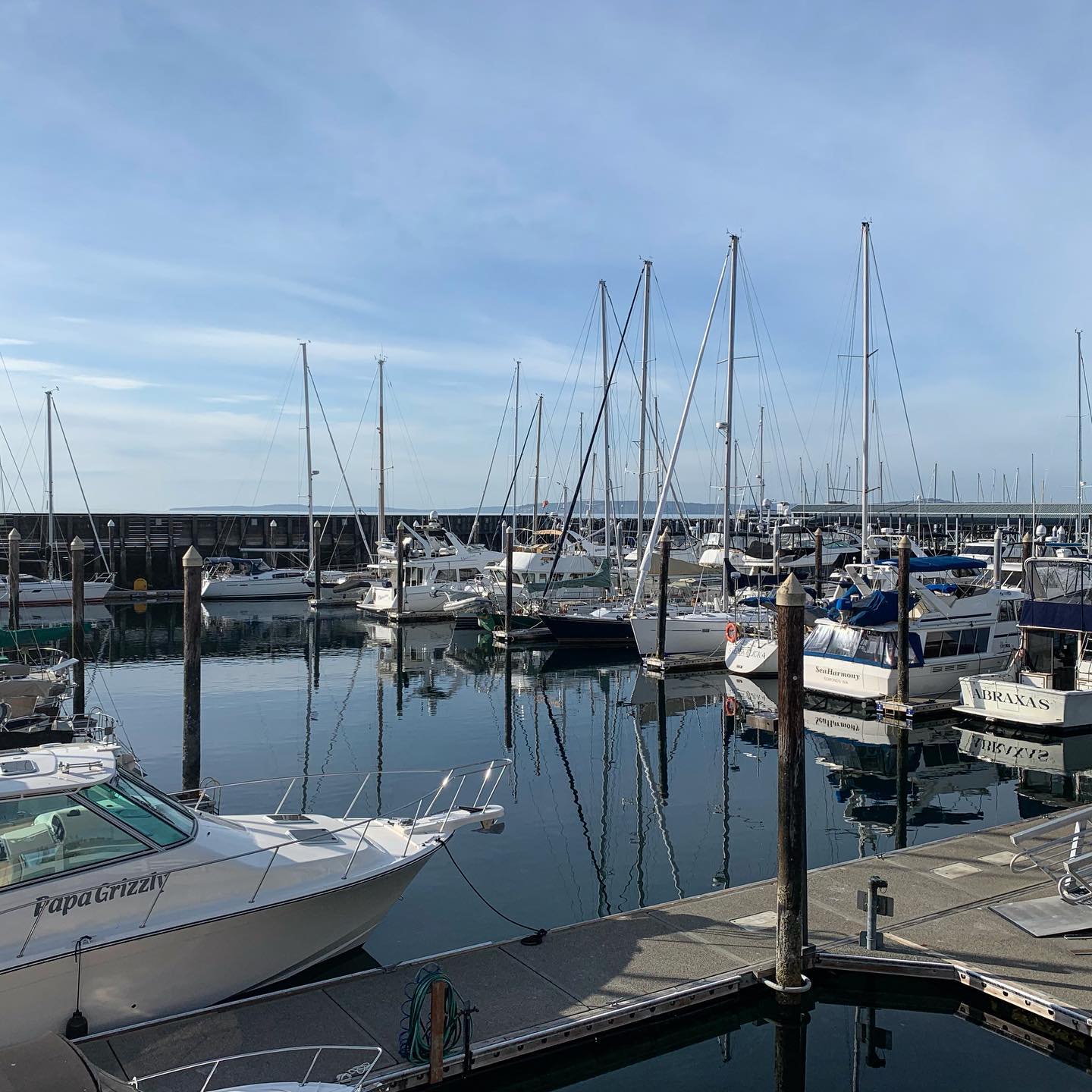 Another half hour of the road - and we are in the forest, for a little hike. He certainly came out pretty flat, but nonetheless. 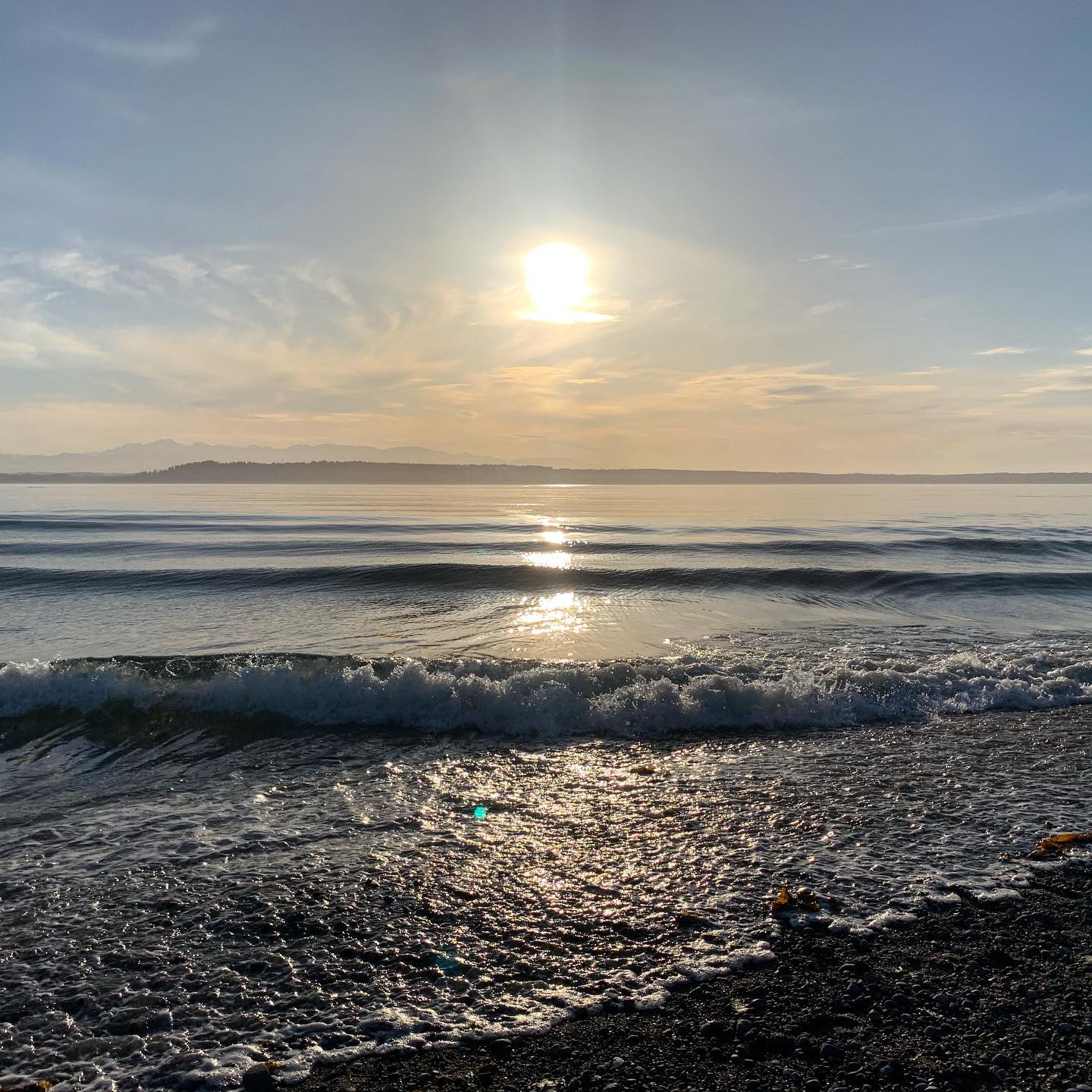 Sunset met this side of the bay at Edmonds, WA