Trip to Lynden. The Dutch town in Washington State 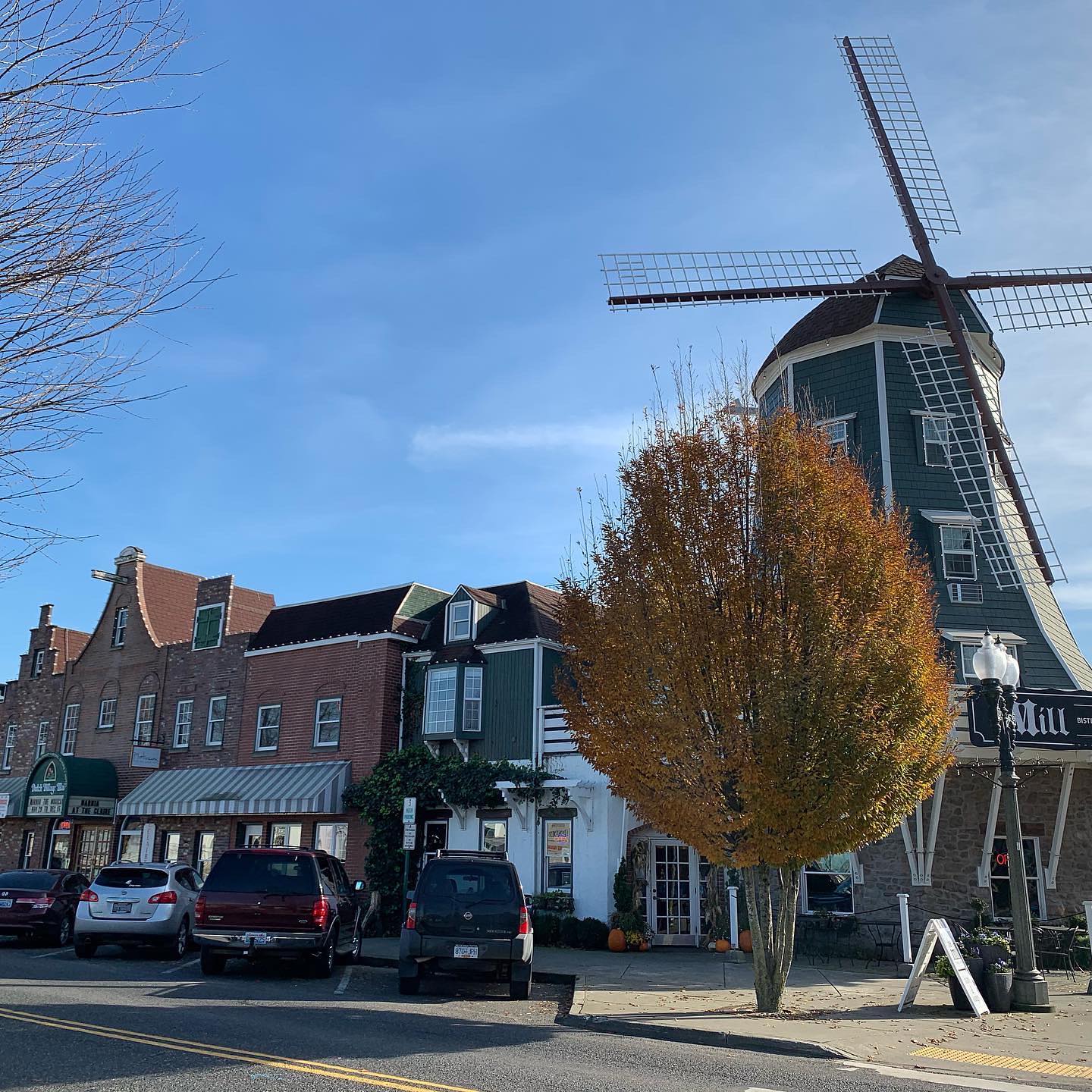 Who would say that if you want to eat Dutch oliebollen, then you don’t need to fly 9 hours, but it’s enough to travel 2 hours through space in Canada. And 10 kilometers to the border, it develops within the village - with equal fields, but the mountains standing near the horizon still hint at where we are. 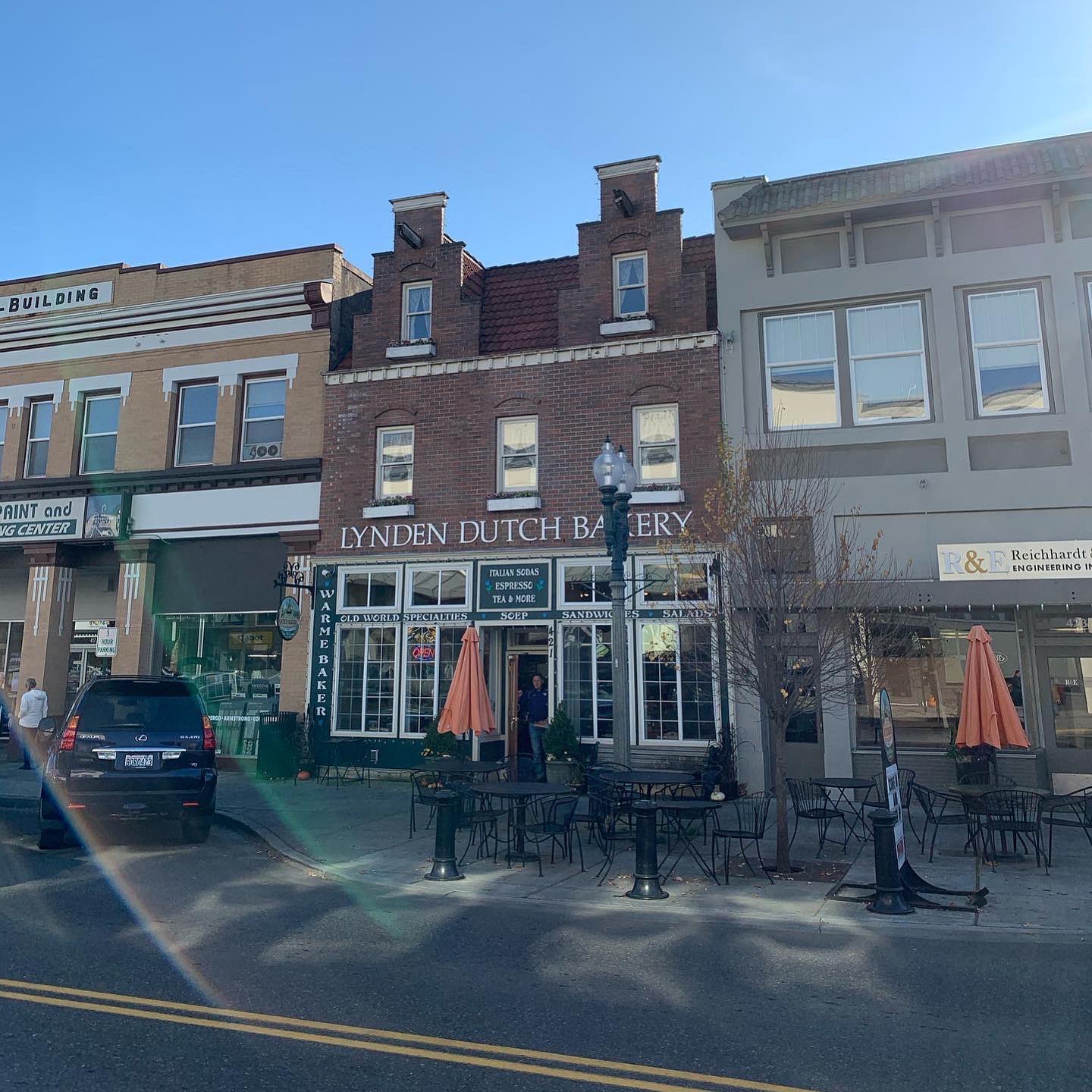 The town is small - only 15 thousand inhabitants, where at the beginning of the 20th century many Dutch immigrants began to arrive, but now very few people speak the language of their ancestors - if there is no practice, then with generations it is simply remembered... 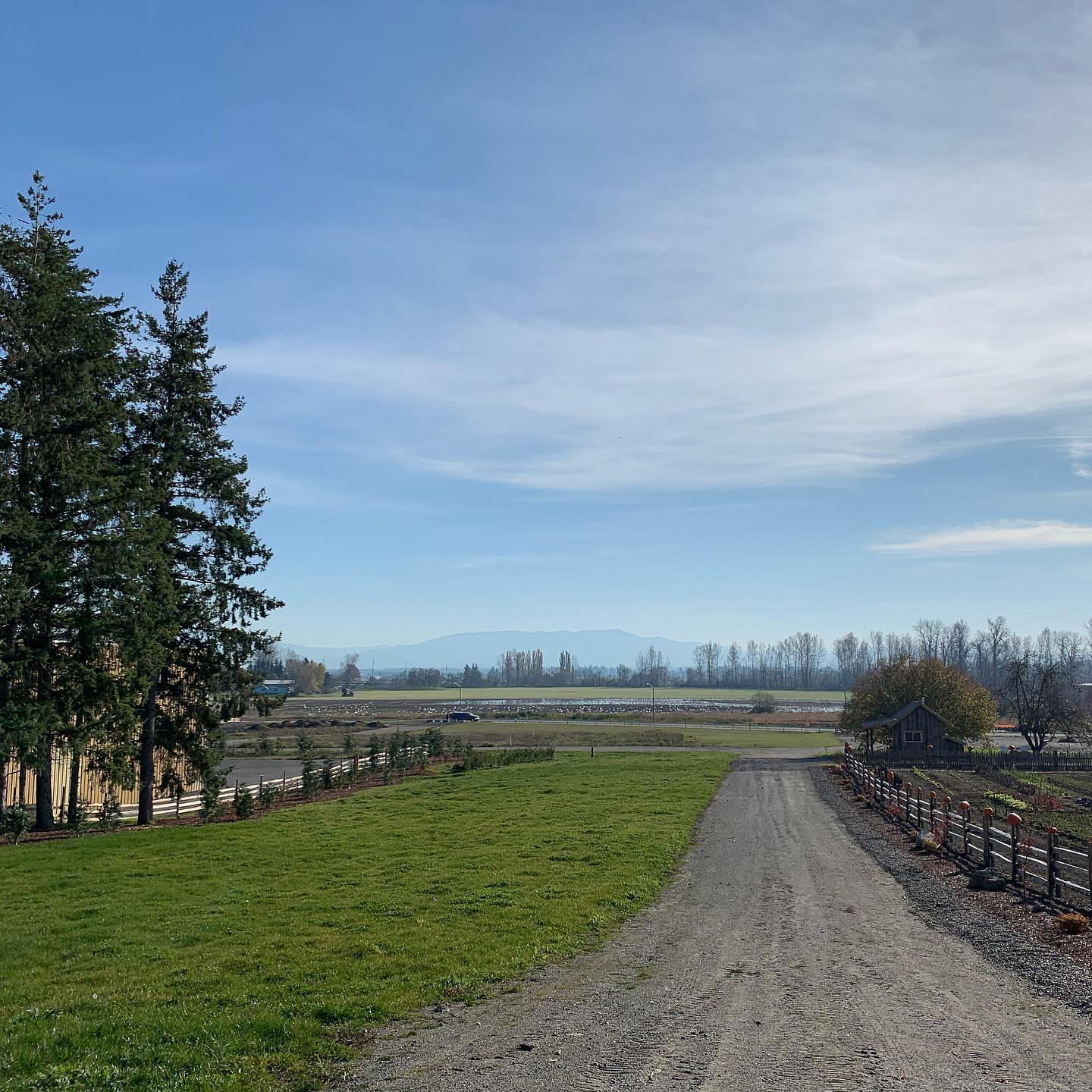 Well, of course, without doors! There are even two of them - one is miniature, and the other is full-sized, with a cafe inside. By the way, at one time this city set a record for the number of churches per square kilometer and population. 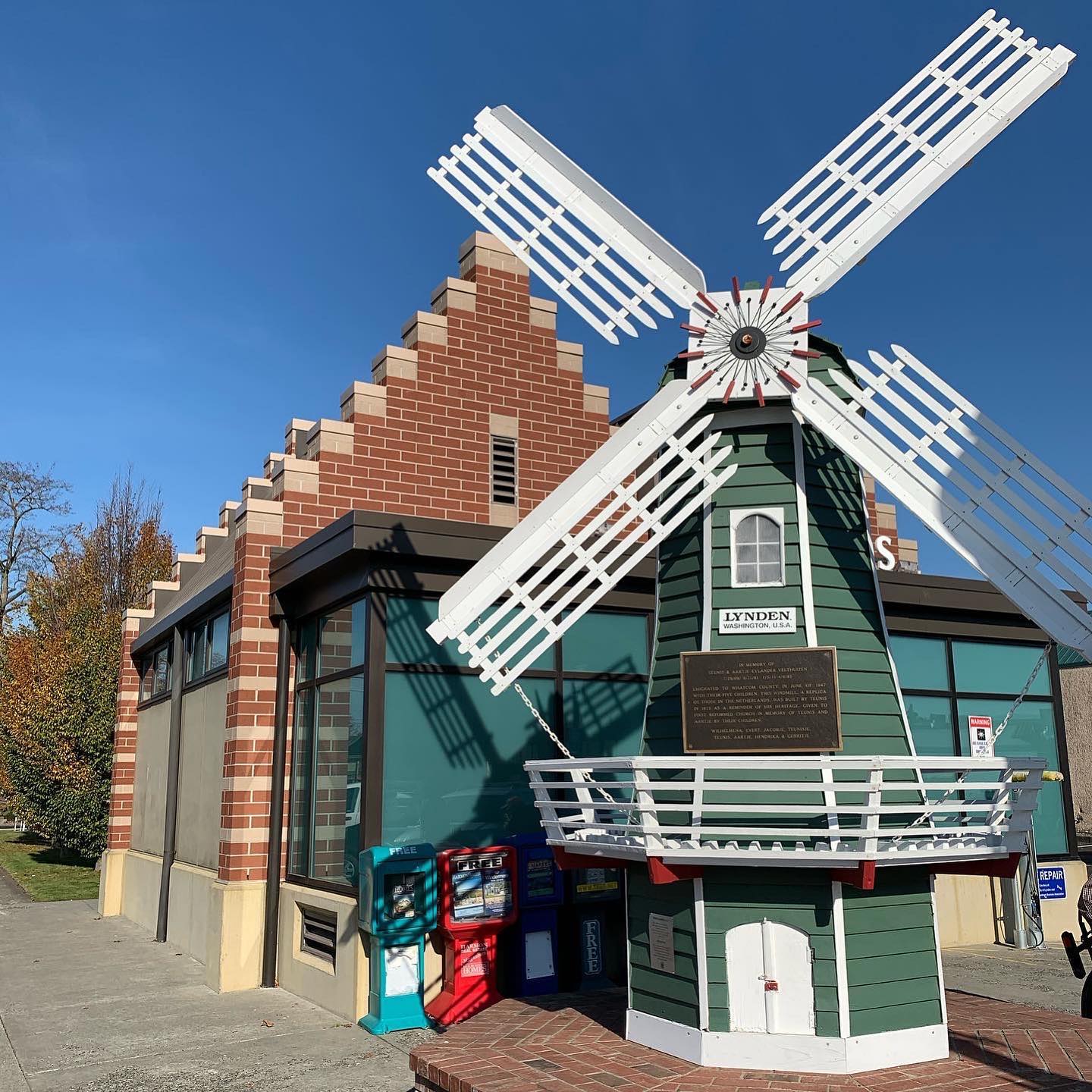 In addition to all uses, this city is convenient in that it is located next to the US-Canadian border checkpoint, where there is usually almost no queue, since it is located to the side. 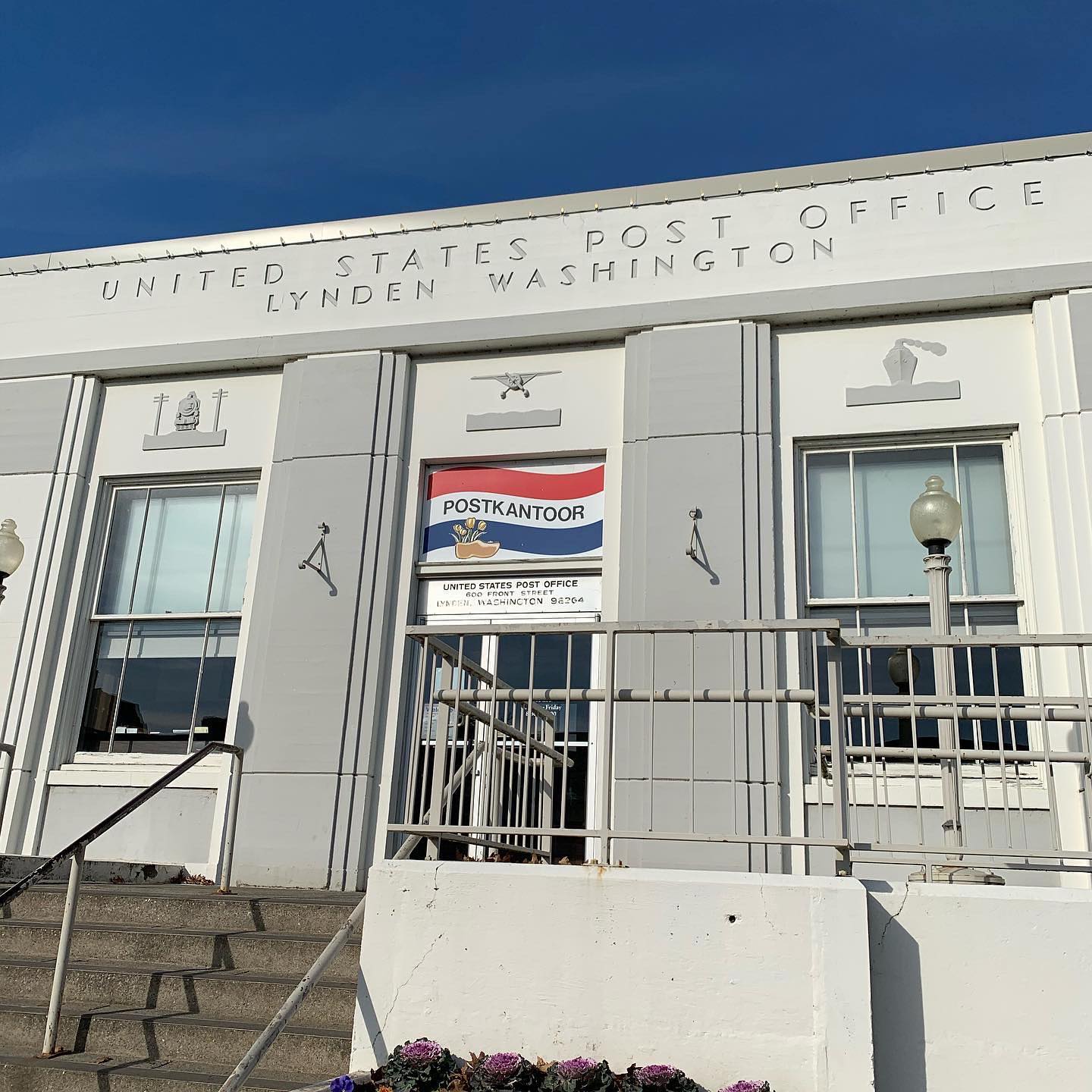