Business trip. The city of Philadelphia

On the east coast, the states are much smaller. During the time on the road, we drove most of the way through New Jersey, and only at the end we crossed the border into Pennsylvania. It's funny that Philadelphia stands on the very border, on the banks of the Delaware River, and on the other side - New Jersey chopped off its access to the ocean. 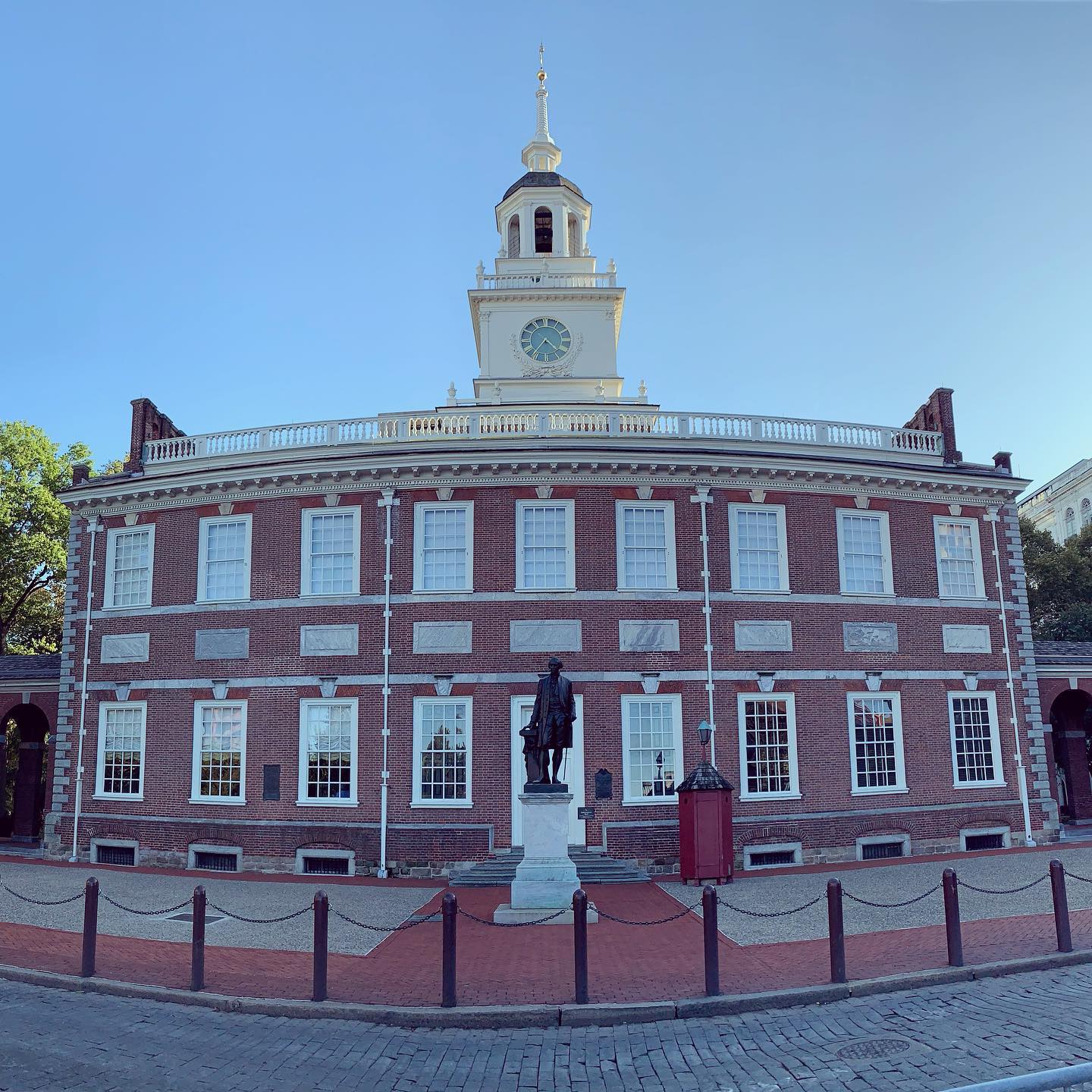 It's one of the oldest cities in the US, so the architecture and feel are a bit European. The Central Station reminded me of Moskovsky in St. Petersburg 😀 In this city, the US Declaration of Independence was signed on Dutch paper. In Zaans Schans we were told about the paper, but the guide from the Independence Hall embarrassedly did not refute this. In a neighboring building hangs a twisted Liberty Bell announcing this declaration. Then, the US Constitution was signed here, and then the Bill of Rights. 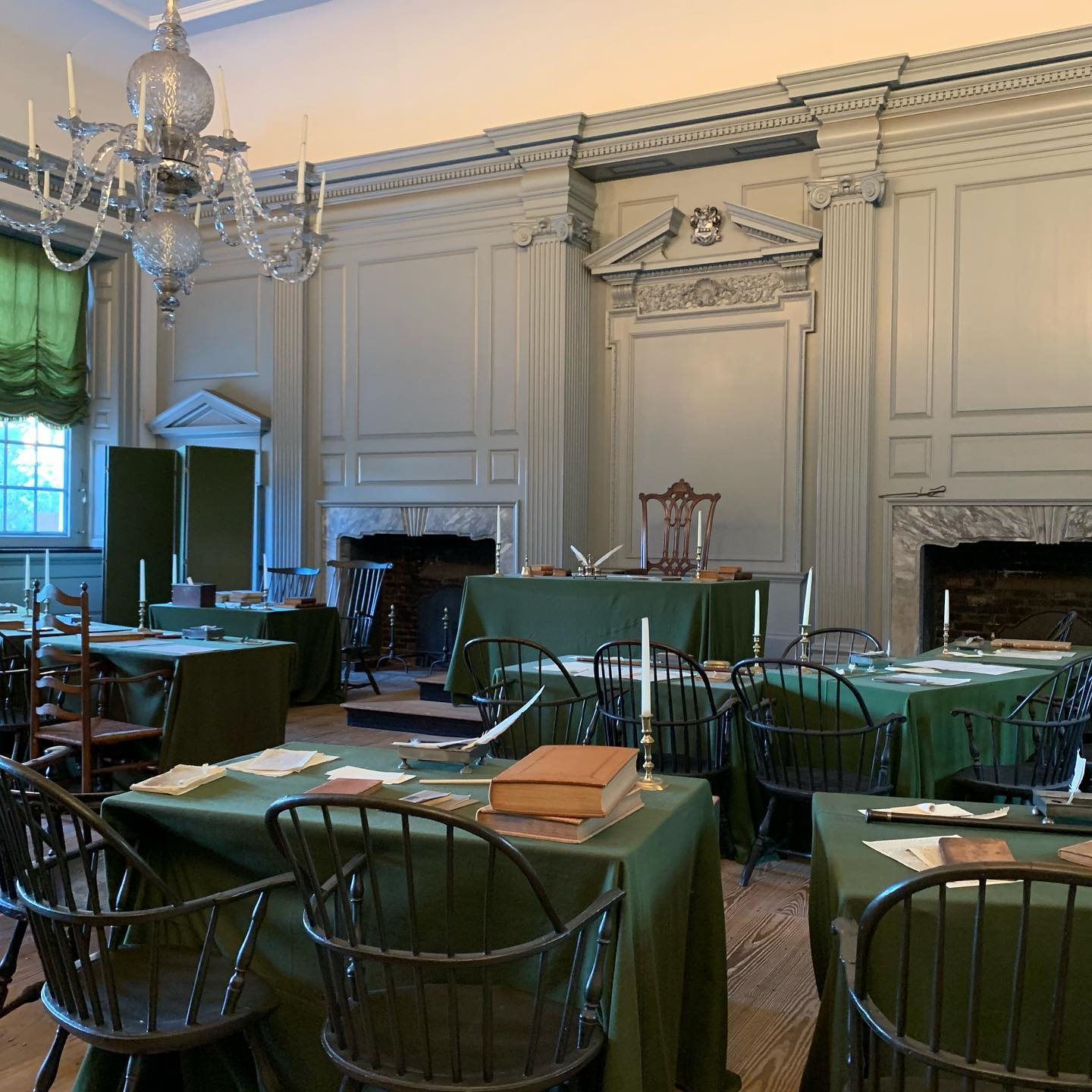 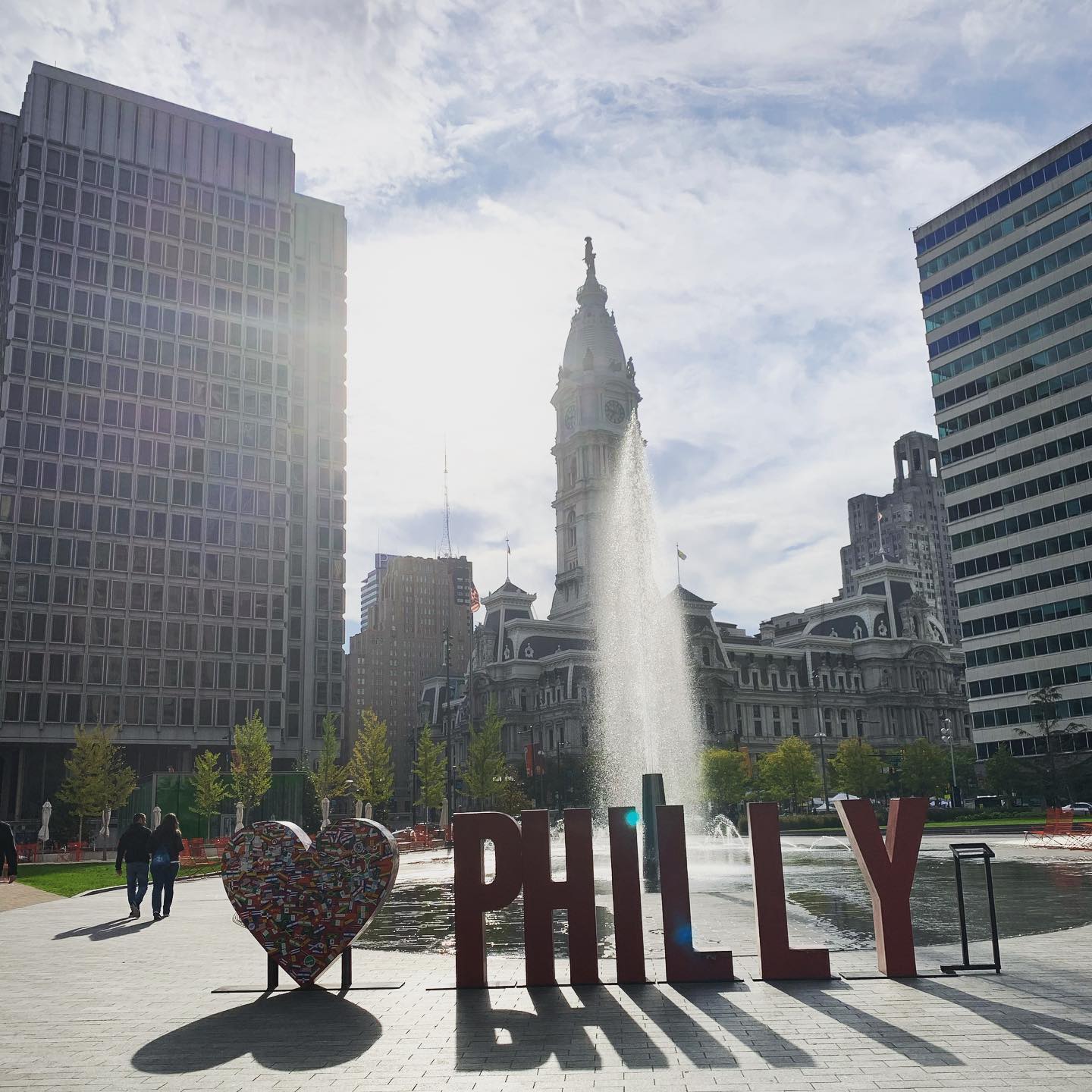 In the center of the city stands the city hall, and at the top - the founder of the city, William Penn, at 11 meters tall (and weighing 27 tons) - this is the tallest statue standing on top of the building. It's funny that opposite the town hall is the Masonic Temple - the headquarters of the Grand Lodge of Pennsylvania. In general, the city is filled with history - everywhere there are images of Penn, Washington, Franklin... 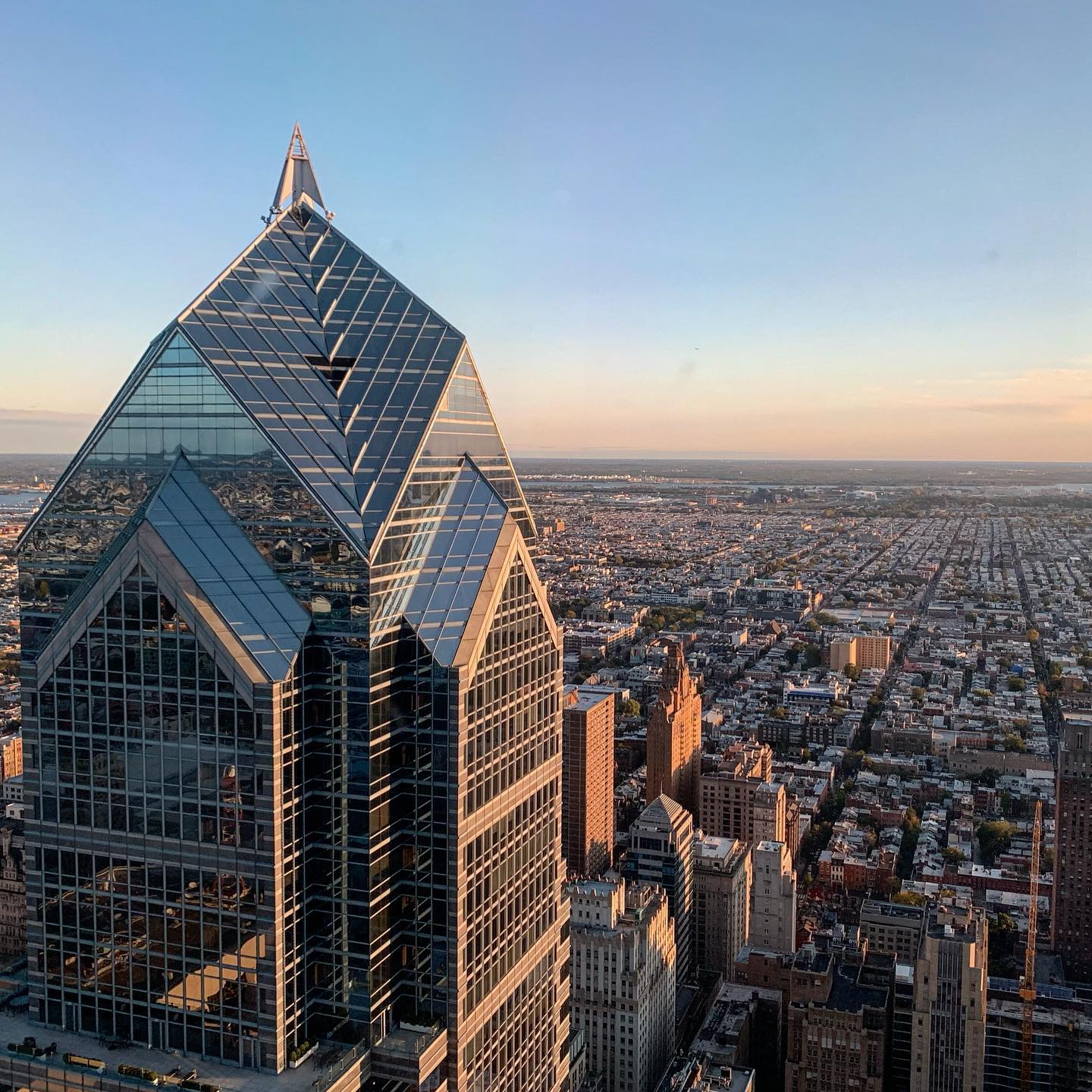 The University of Pennsylvania is located on the other side of the Schuylkill River, and its architecture is also quite beautiful - the library resembles the entrance to the Kremlin, and the faculty buildings are some kind of castles... 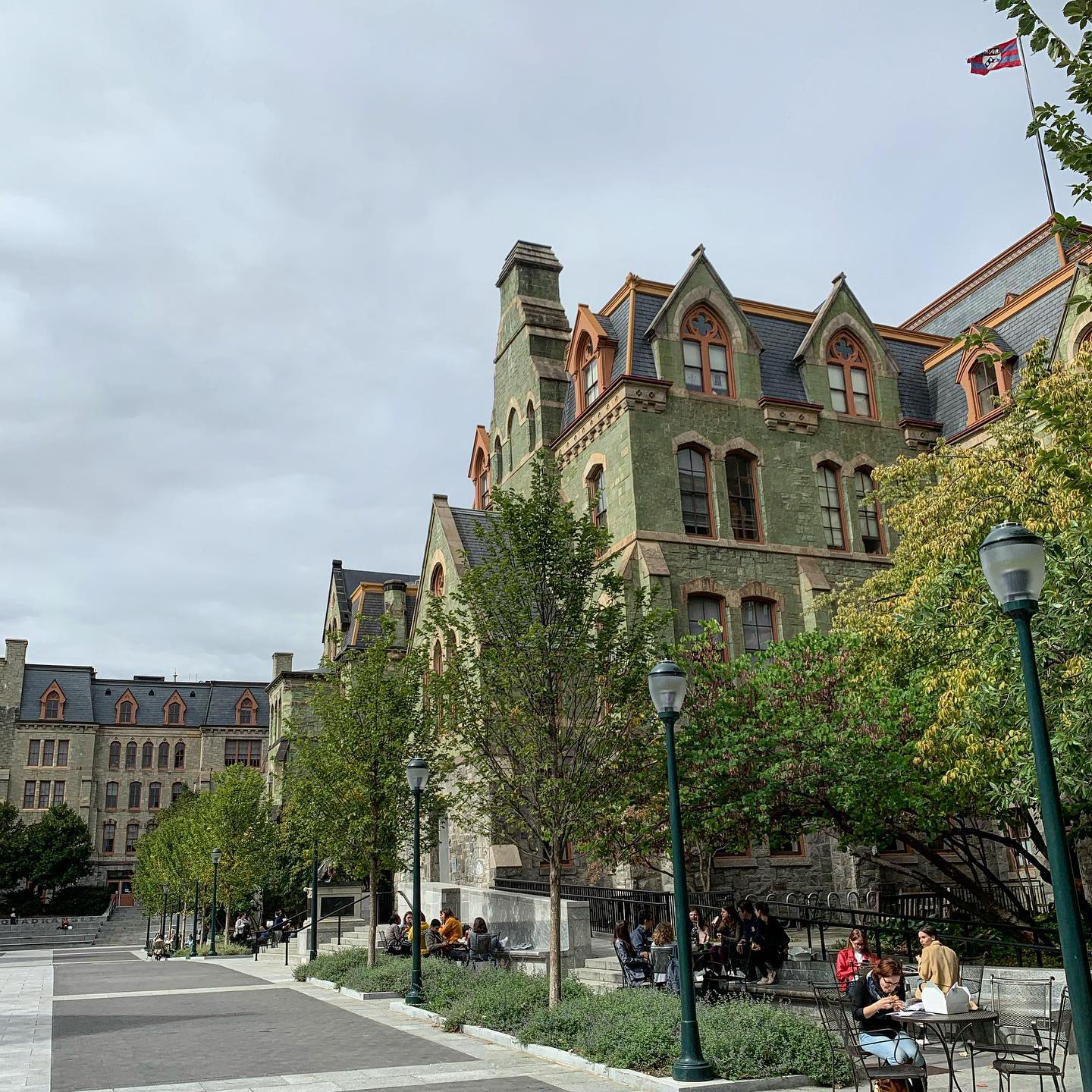 Also, the city has an art museum, and it stands on top of a hill. At the base, in front of the steps, is a figure... Rocky Balboa! After all, it was these steps that this hero ran in the films about Rocky. And still, people run up these steps and take pictures with their hands up against the backdrop of skyscrapers - the view is really mesmerizing! Races are held in the city, which also end symbolically - on the same steps. And not far away, in the direction of the city center, there is the Rodin Museum, and there is a copy of his Thinker. 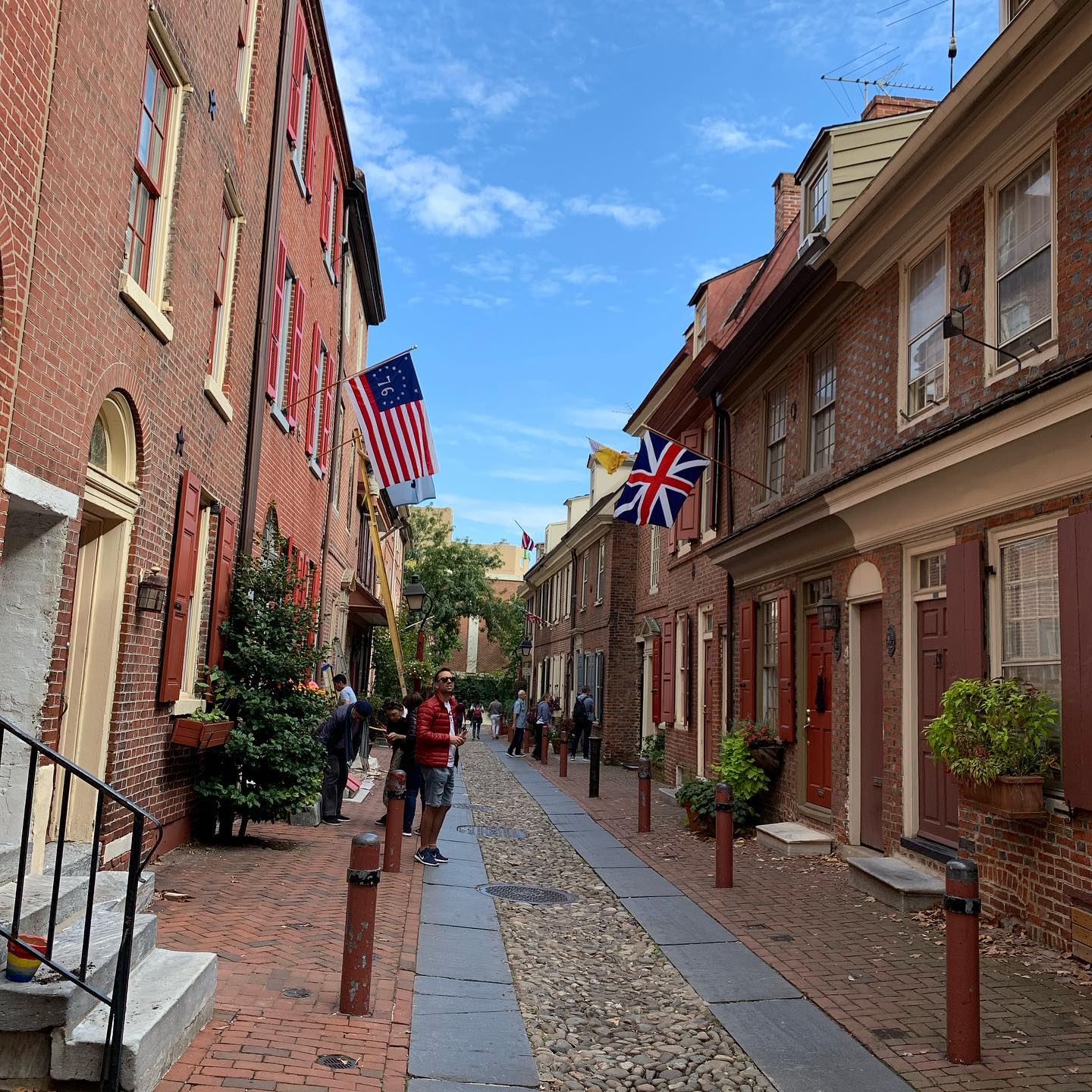 And on the coast of the Delaware, you can travel a little to Europe. Nearby there is one of the oldest streets of the city - narrow, with small houses. And at the docks, we briefly moved to Amsterdam - with the same art objects and offices from shipping containers! Still - the second date of foundation of the state. 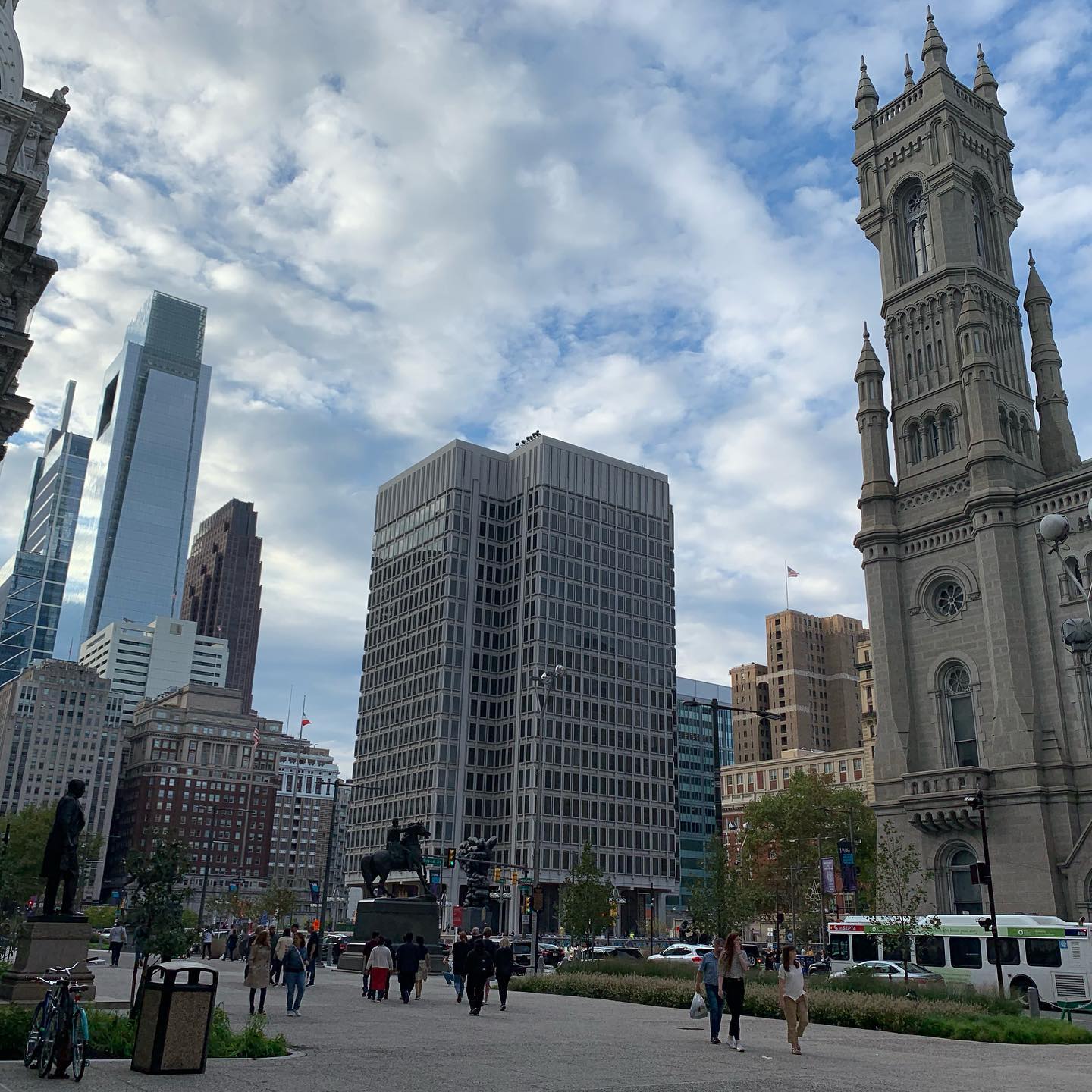