The purpose of this trip was to attend the Grace Hopper Conference, where Amazon sent invitation for my spouse. This is a conferance for women working and studying in the computer fields. Every year the number of participants grows and this year there were 25,000 people. Of course, their systems could not withstand such stress testing either during the purchase of tickets or during registration. 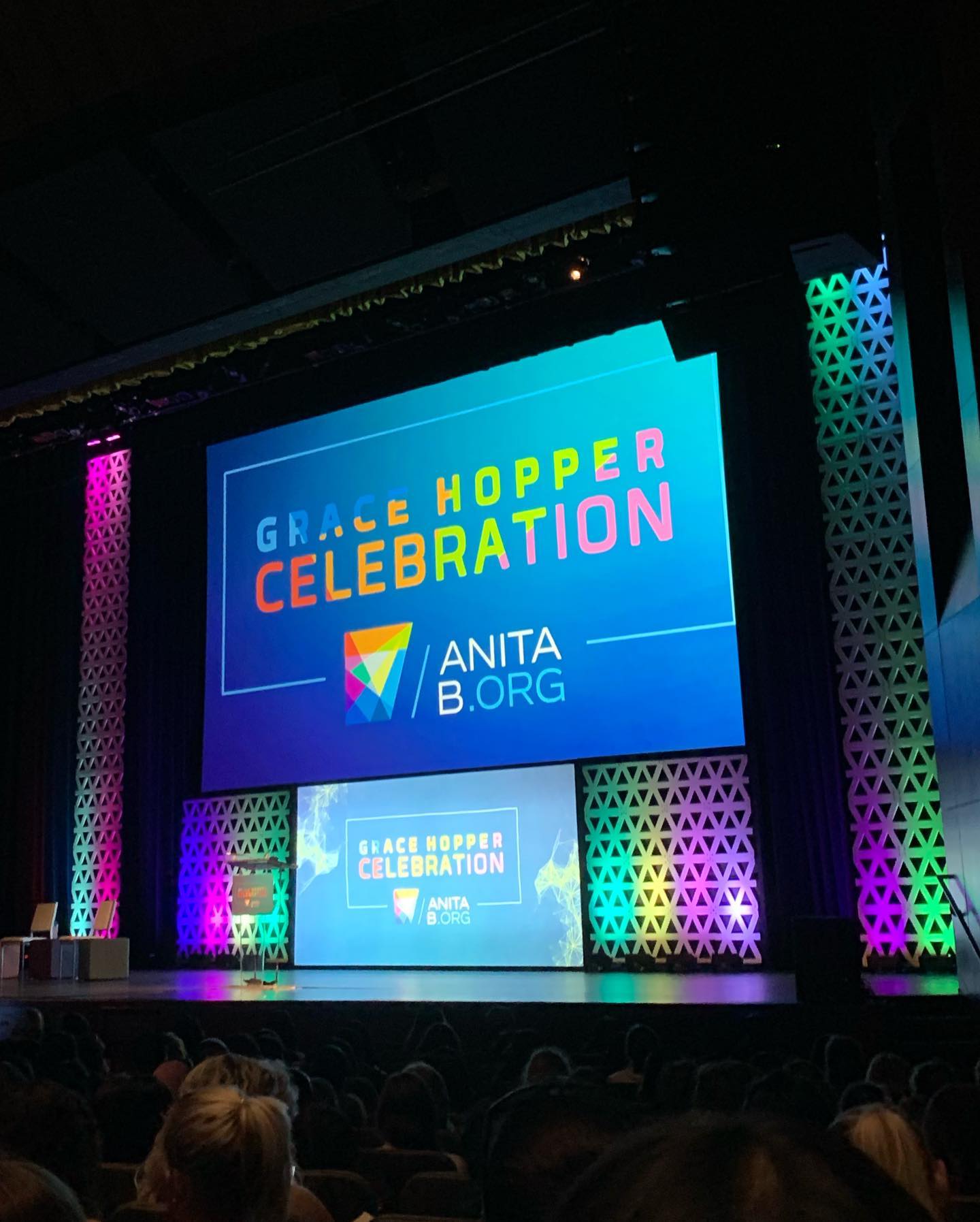 We walked quite a bit around Orlando itself. There is absolutely nothing to do in downtown, but the feature of this city is the theme parks - Disney and Universal Studios. We lived on the territory of the second, so we were able to walk a little there. We arrived in the morning - so it didn’t fry very much, and while we were waiting for the hotel room, we left our things at the hotel and went along the Citywalk - a path through the entire resort, which passes through many hotels, and leads to Universal Studios itself - where the entrance is already on tickets . By 10 in the morning it was already starting to get very hot - in the afternoon it was up to +33! 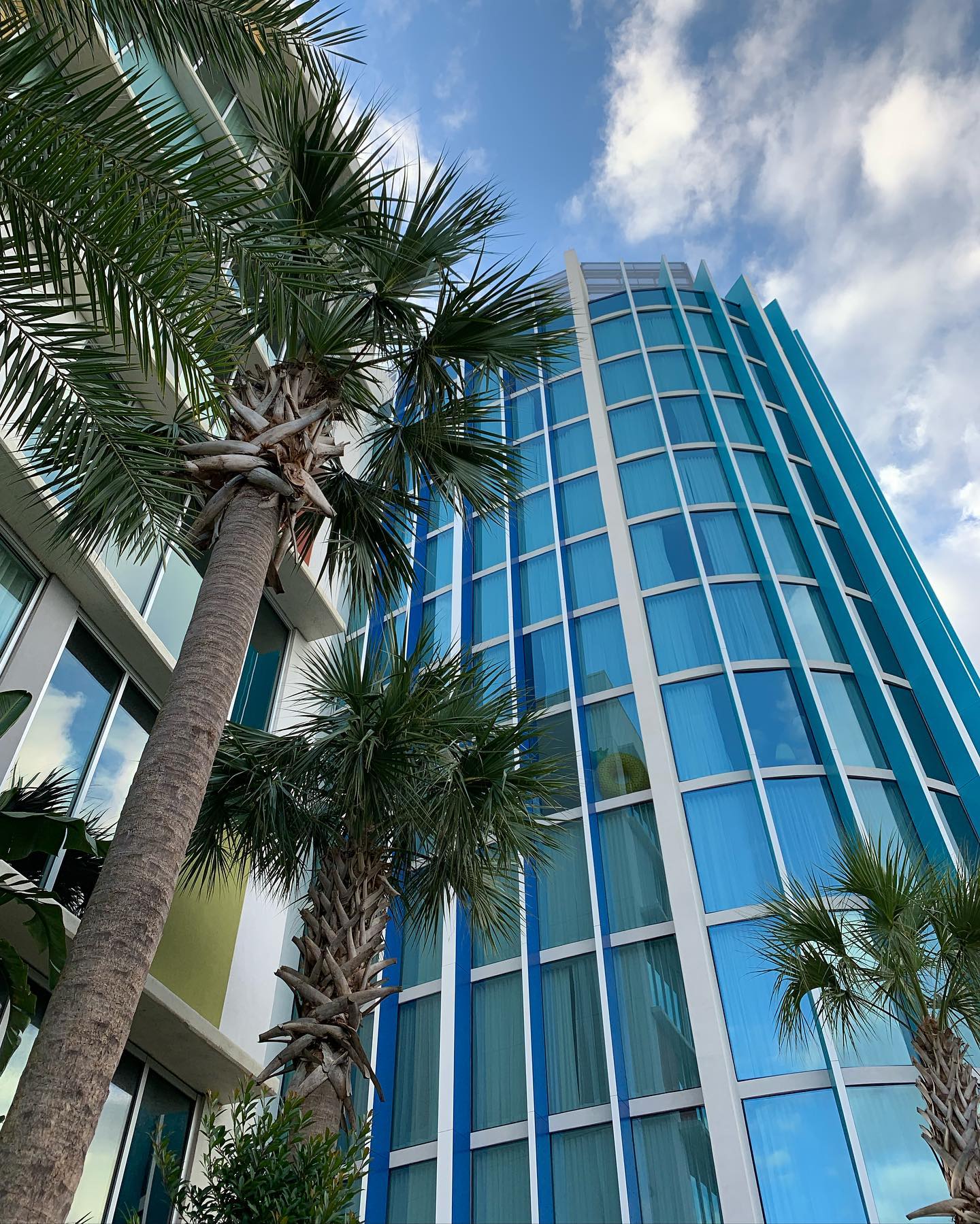 In addition to the path, there is an analogue of the river on the territory, where everyone can ride on small boats - they go between hotels and the main entrance. One of the hotels was designed in the style of an Italian coastal town. You could go inside and walk really through the narrow streets! The scale and detail is simply amazing! 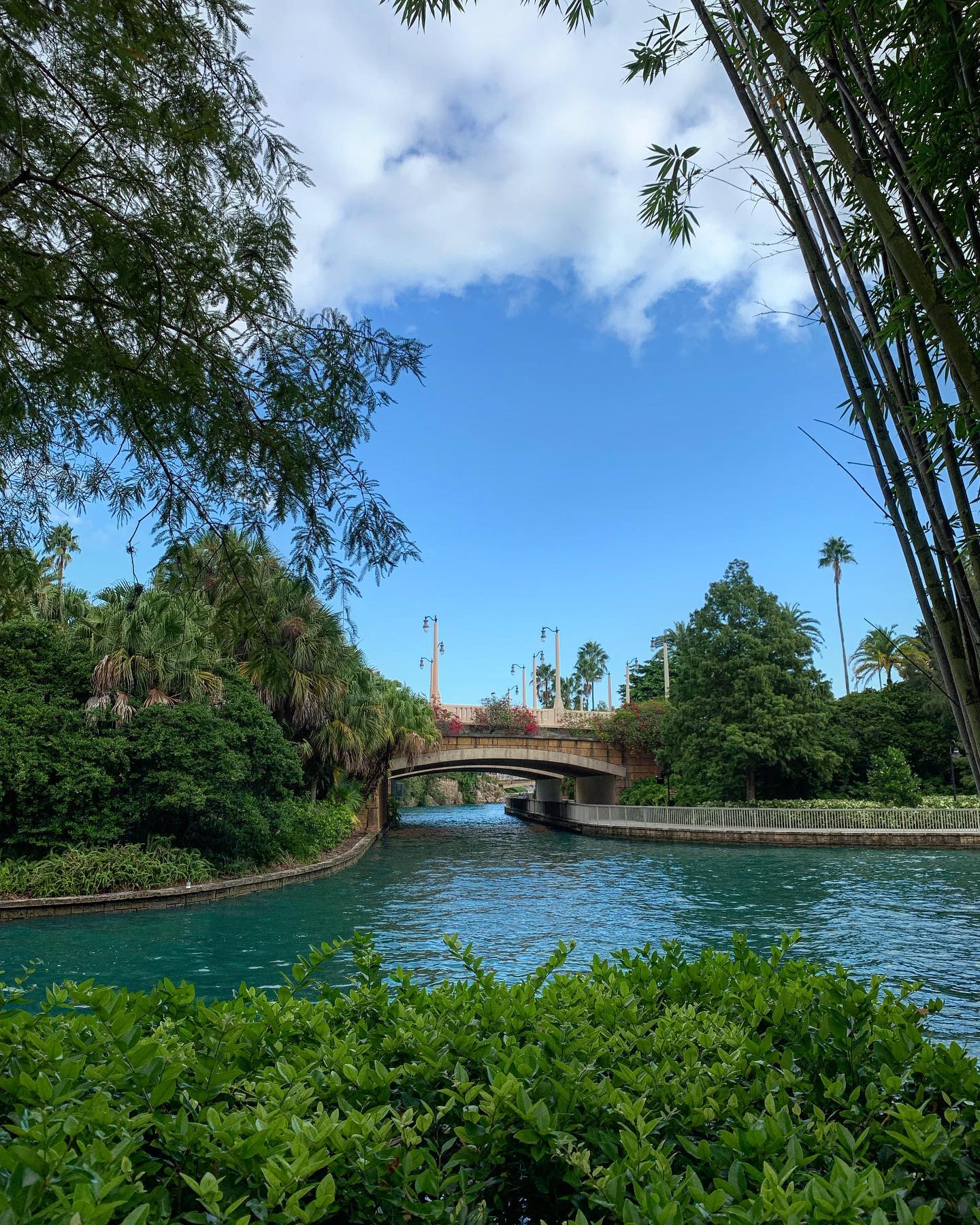 We did not go to the park itself, but we looked at the Blue Man Group performance - where the blue men play pipes with sticks and amuse the whole hall with their pantomime. It was impossible to shoot, but the memories remained very vivid! 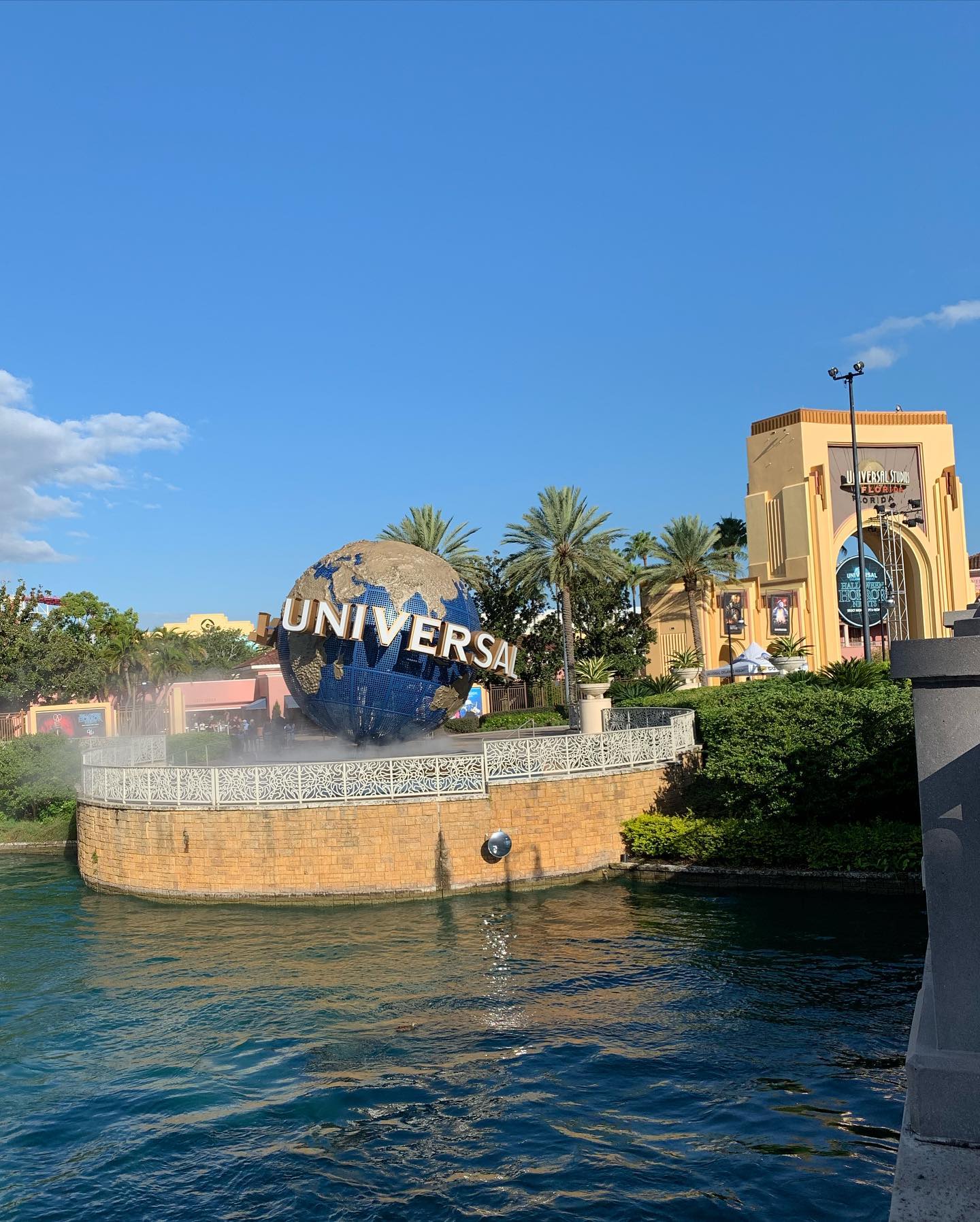 Also next to the hotel there is a new water park (where you could even go an hour before the whole crowd). The slides are mostly on puffs (which themselves rise to the top of the slide!), either on rugs, or on such a train :) There are only 3 slides where you go just like that. They all start at the top of the “volcano”, and when you reach them - and you see what is there - you will think about how best to go down (up the hill or on foot back - many turned around and left on their own two feet). All 3 start with a capsule where you enter, stand facing the transparent door, which is closed. You hold your breath, exciting music plays, and the bottom of the cabin opens. You fly about 3 meters down, and continue flying down the serpentine, you don’t see anything, and it’s not immediately possible to even breathe out of habit. You are swayed from side to side, and at the end you land in a pool with eyes like this O_O. After this - just get out on the waves of the artificial sea. 2 slides have slightly different serpentine, so the second time I already moved out prepared, but the slide was even faster! The third is just a 40-meter descent with 70 degrees of inclination in a closed tube inside the volcano. There is not enough spirit there yet :) 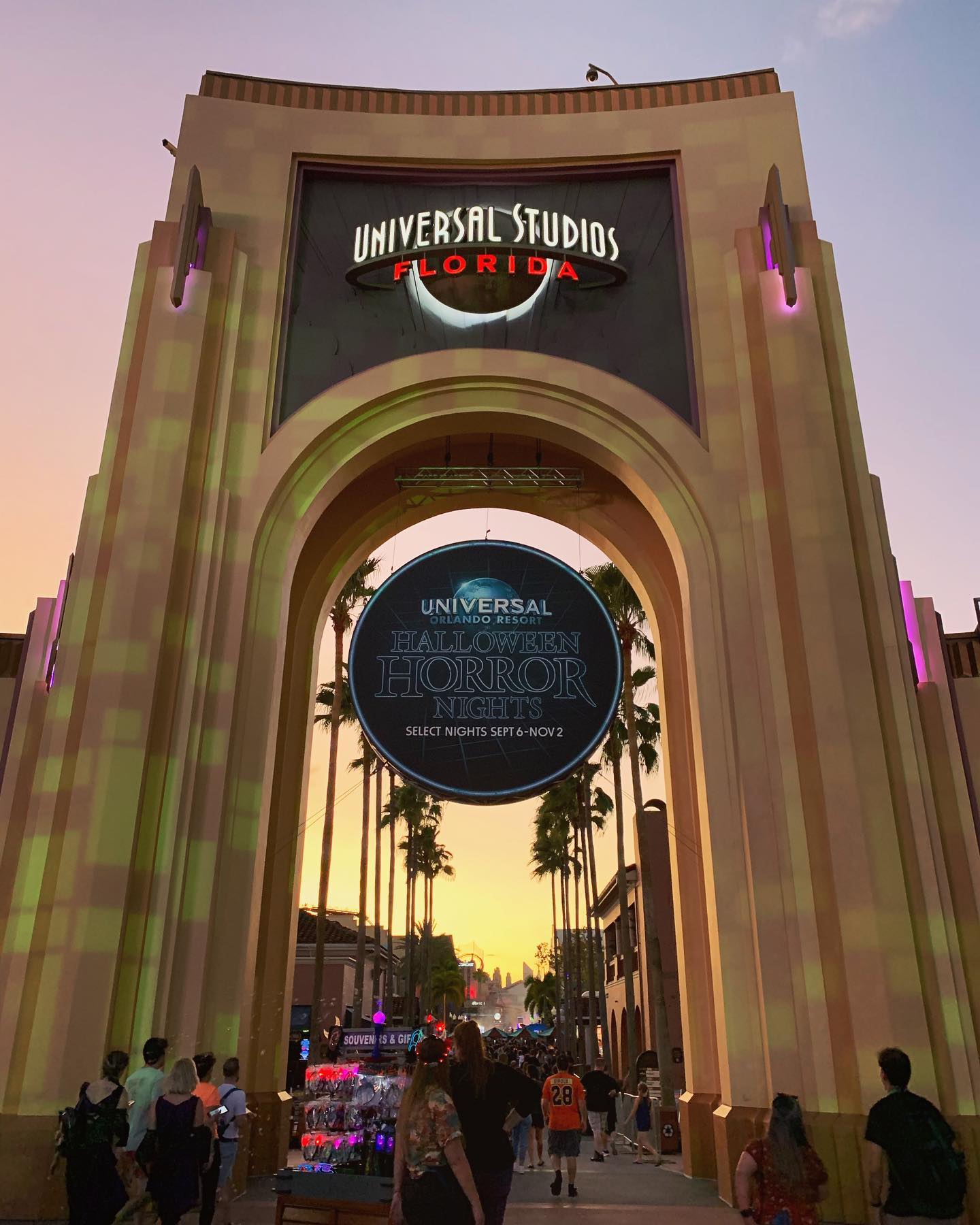 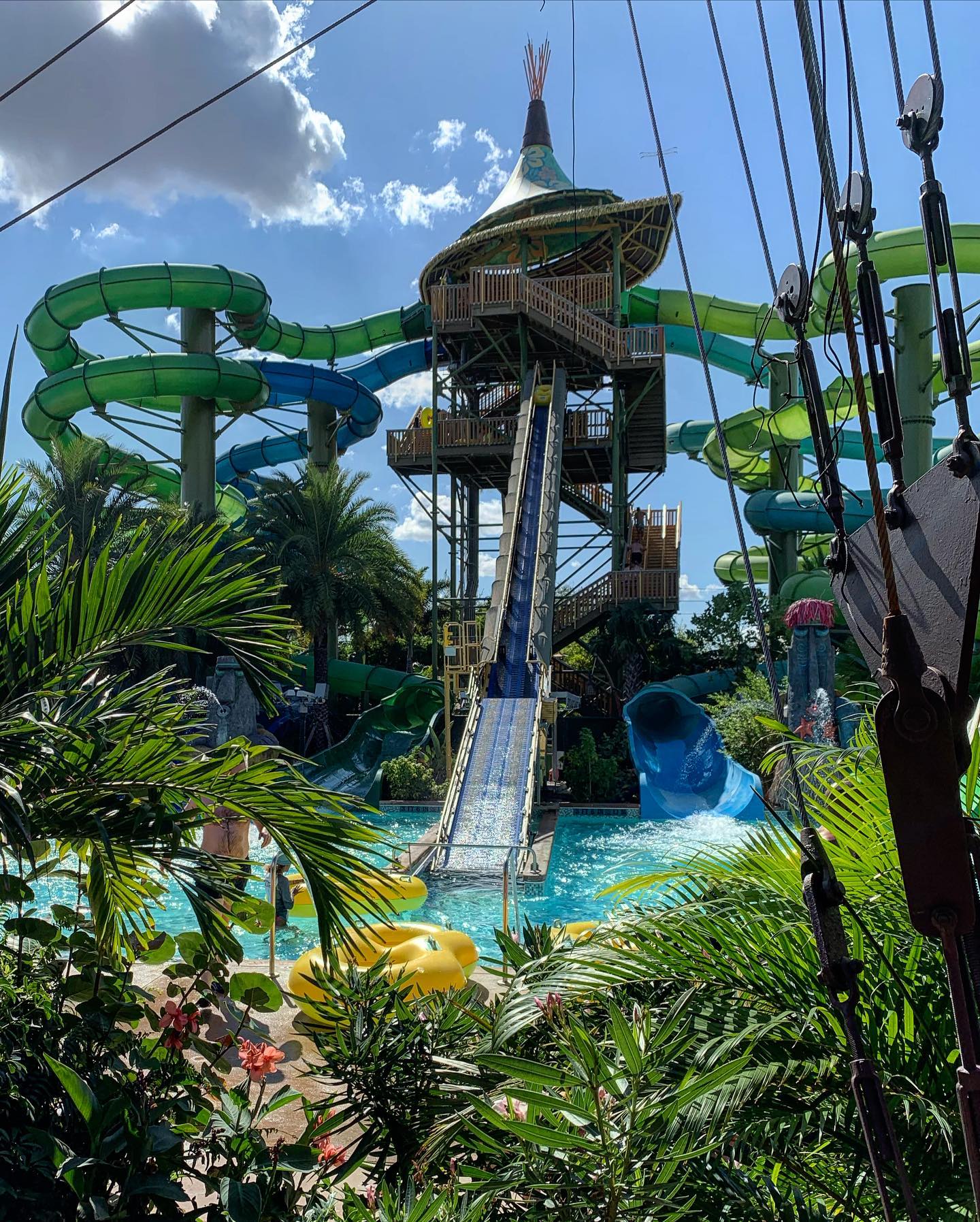