Since we arrived early for the conference, it was time to explore the surroundings. First we went to Tampa (1.5 hours by car from Orlando). The first stop was in the historical part - the so-called Ybor City. Paving stones instead of asphalt, old trams, one-story houses and crowds of roosters and hens! What we didn't expect was to see the roosters when we first got out of the car. They are quietly walking in the park and picking seeds. It was fun to watch a chicken learn how to dig from a chicken :) Then we moved to downtown with skyscrapers and the Tampa Bay Lightnings hockey stadium. It was very nice to see streamers with the Russian names of hockey players: Kucherov and Vasilevsky, and their faces adorn the arena :) There is a nice park next to it, where there is a lot of greenery and the embankment of the canal. But there are a lot of construction sites, detours nearby, so it’s hard to find parking, and it’s hot outside. 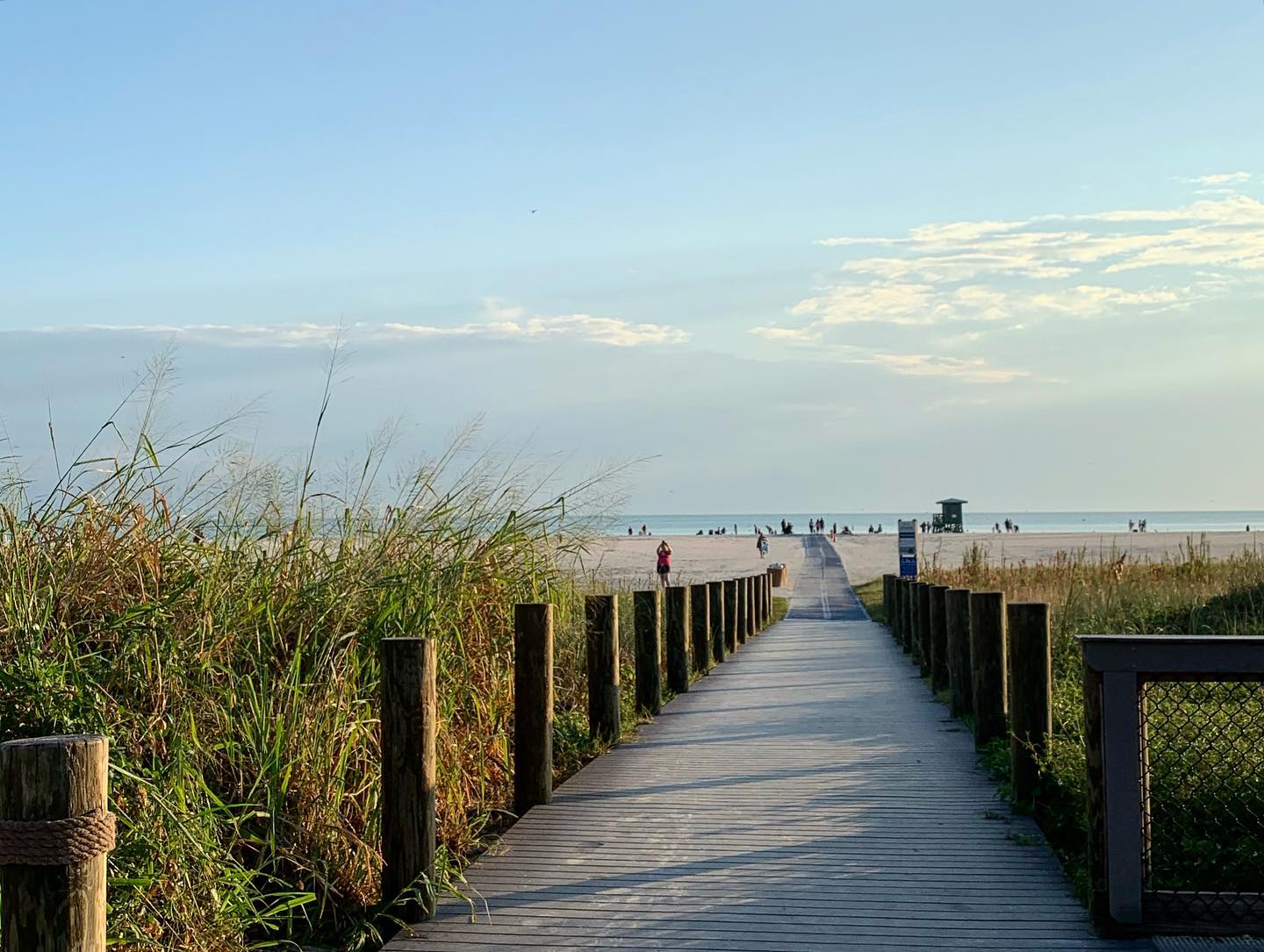 Next stop - Clearwater beach (an hour from downtown). The white sand of the beach, the clouds blocking the sun make swimming in the Gulf of Mexico very pleasant. The depth comes very smoothly, so you have to go far, and this also favors the heating of the water. And along the entire beach there are skyscrapers of hotels. 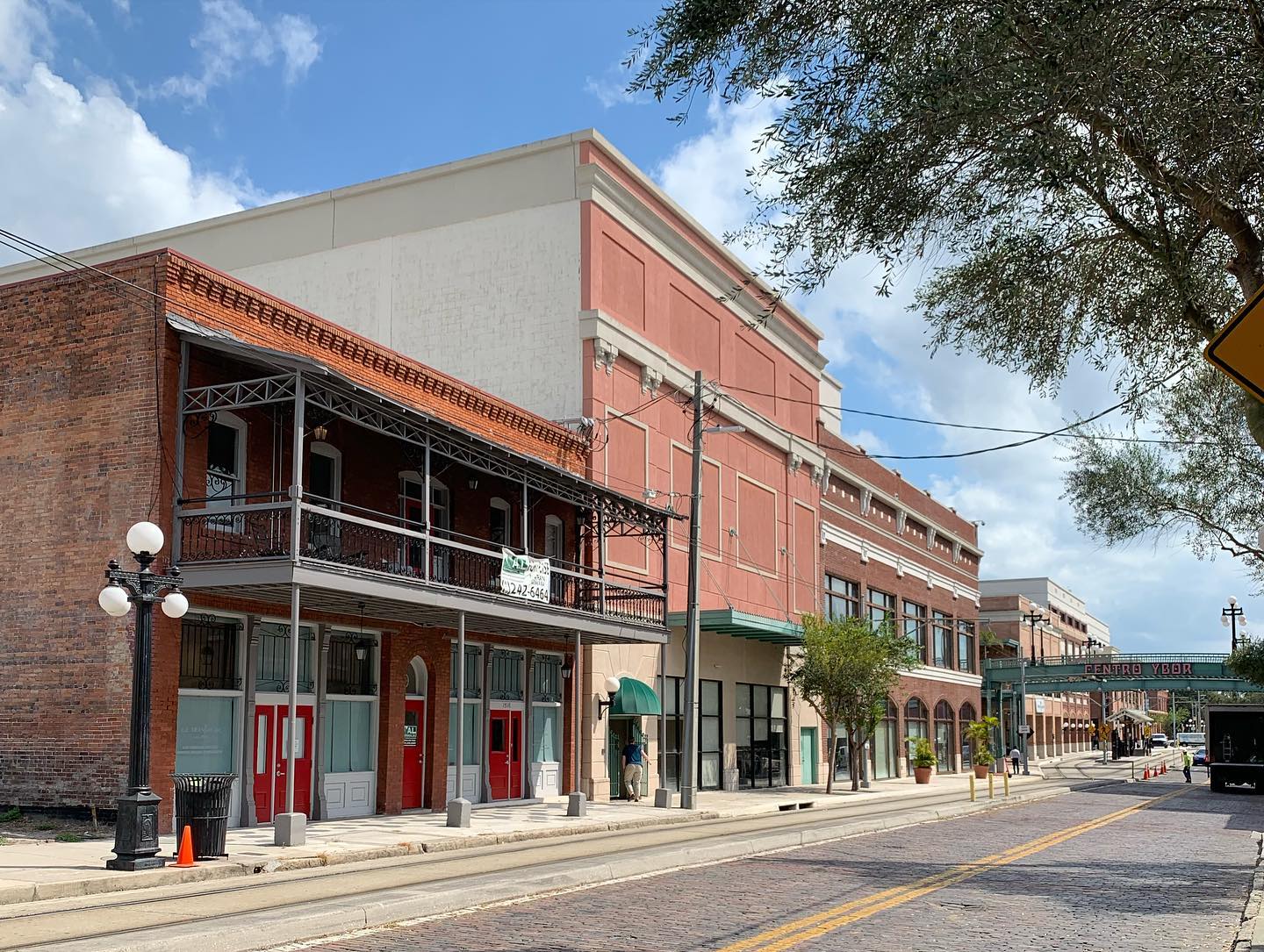 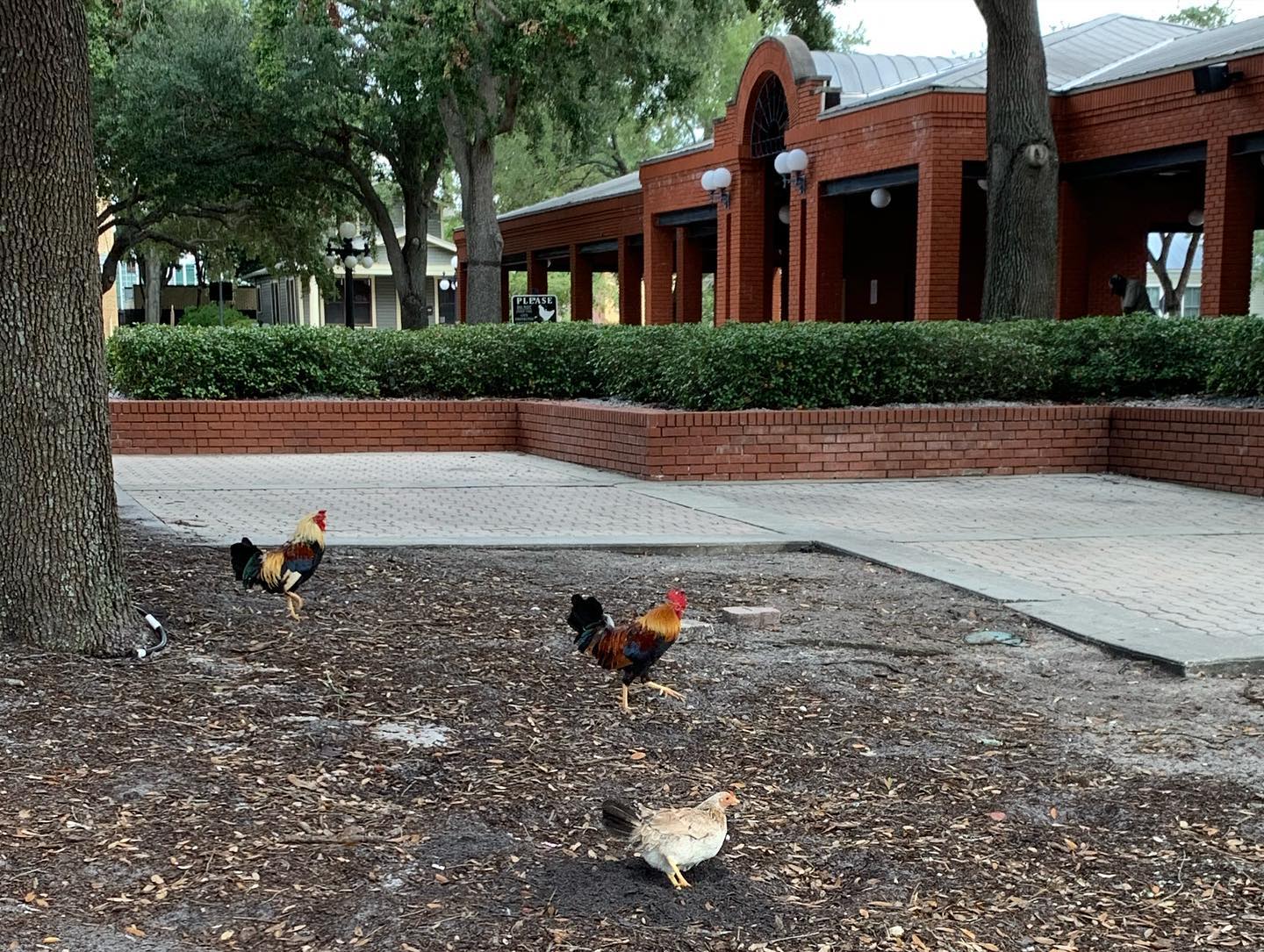 We bought a little, and moved to the next beach - Siesta Key Beach. We saw that in that direction everything was covered with clouds, but while we were driving (1.5 hours), all the clouds dispersed and it was as if nothing had happened! By the way, on the way we passed St. Petersburg - you can easily guess where the first settlers were from :) On the second beach, we met the sunset with the sun going into the bay. The water is just as warm, and perfectly holds on the surface - you can just lie down and not move, and still stay afloat. The peculiarity of this beach is that the sand consists of 99% quartz, which means it does not heat up even at noon! Another joke that we observed was that fry of fish swam near the shore, and the birds had a hearty dinner - they endlessly swooped into the water in whole flocks, and when we entered the water it was curious to watch flocks of fish bending around your legs on shallow water, and more rare, but already grown fish deeper. 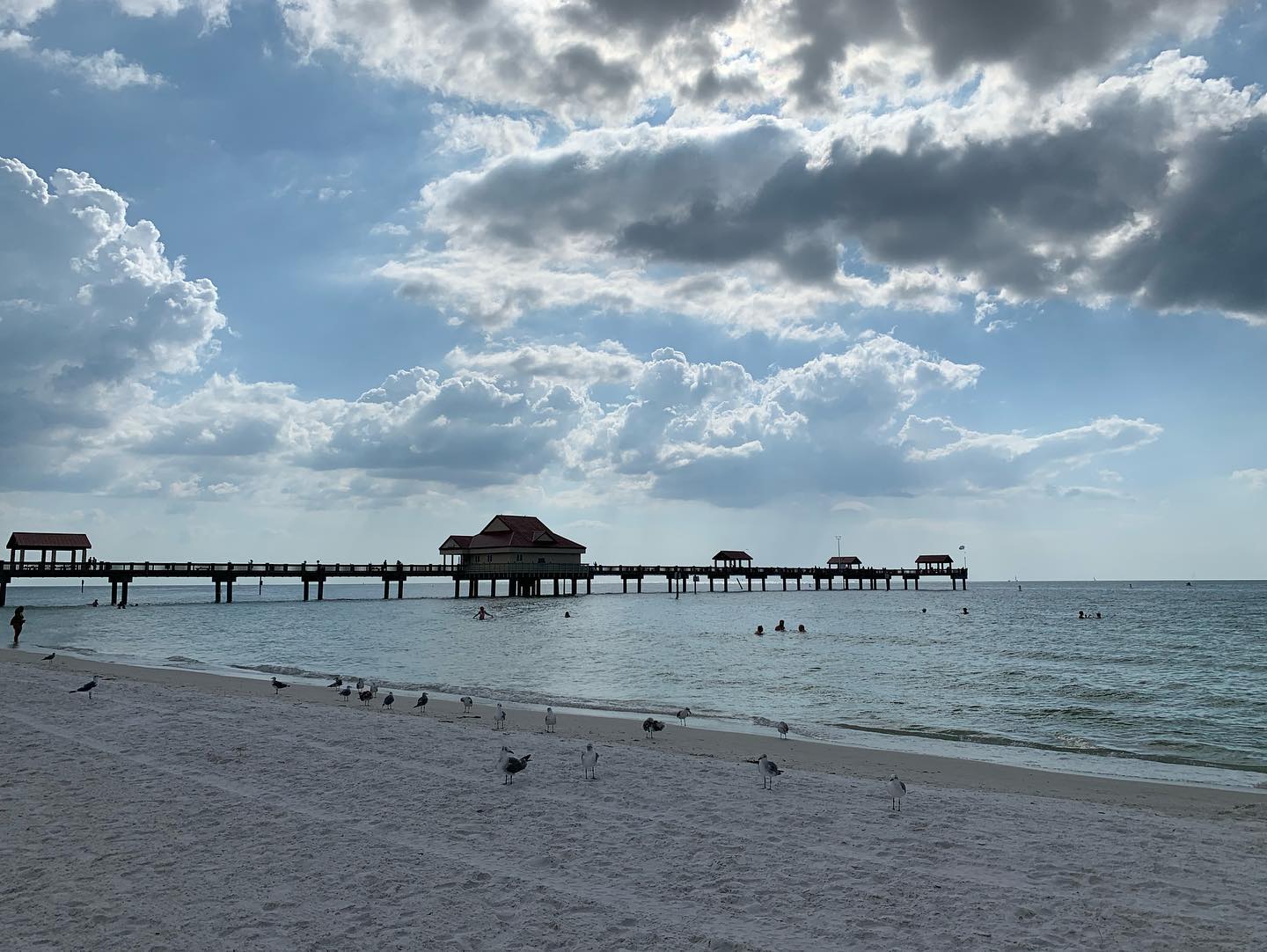 We returned to Orlando by midnight - after a two-hour check-in, we completely circled Tampa Bay 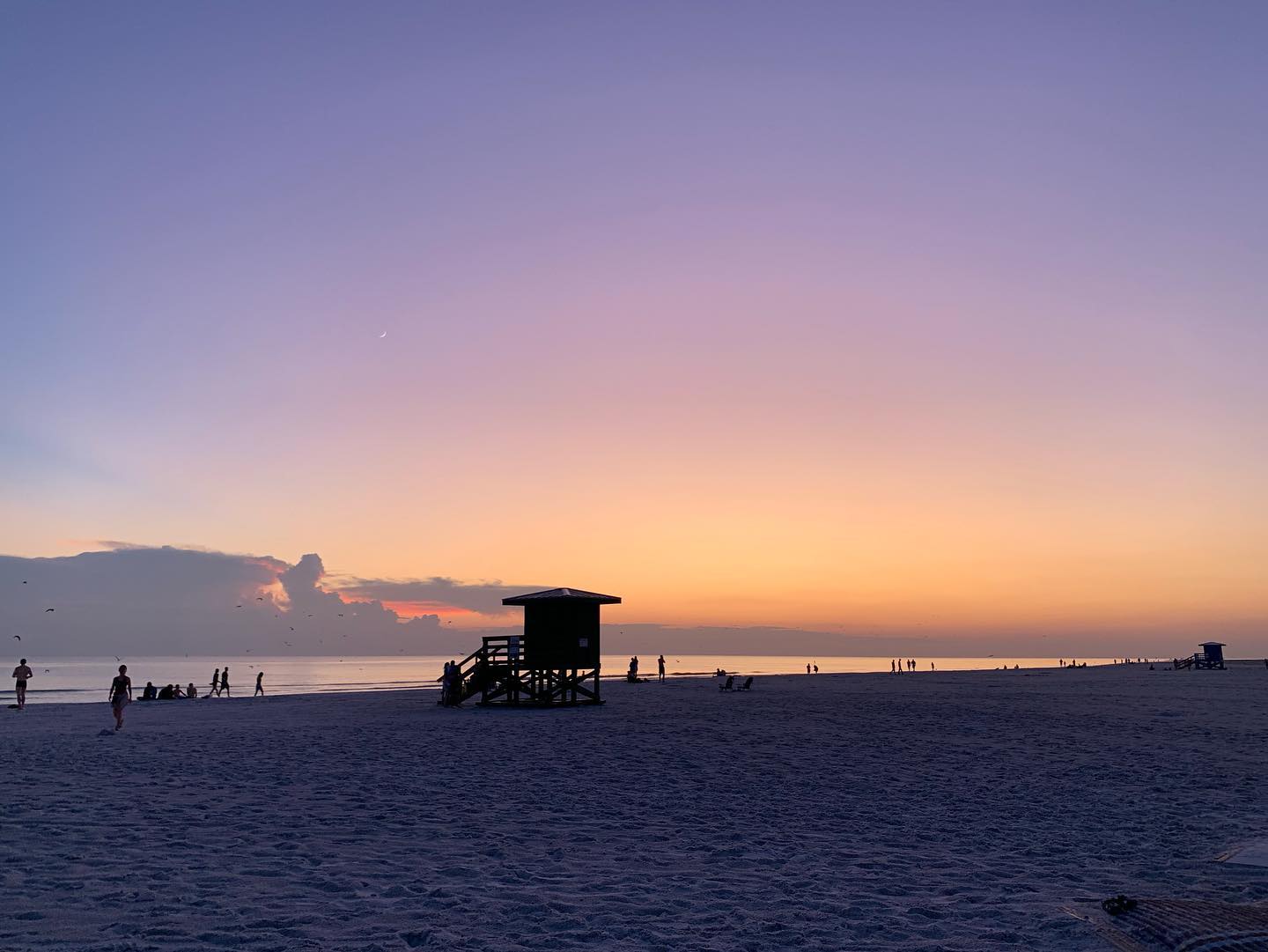