Tacoma, an hour from Seattle by car

Everything is closed, but we want to get out somewhere - and we went to see how it is in Tacoma. We ourselves have never been there, but our furniture was there 2 times in transit. We knew that this is a city with a large port through which a large amount of cargo and parcels pass. It was suspected that it was quite urban and not very beautiful, but still decided to see it live. And he surprised us. 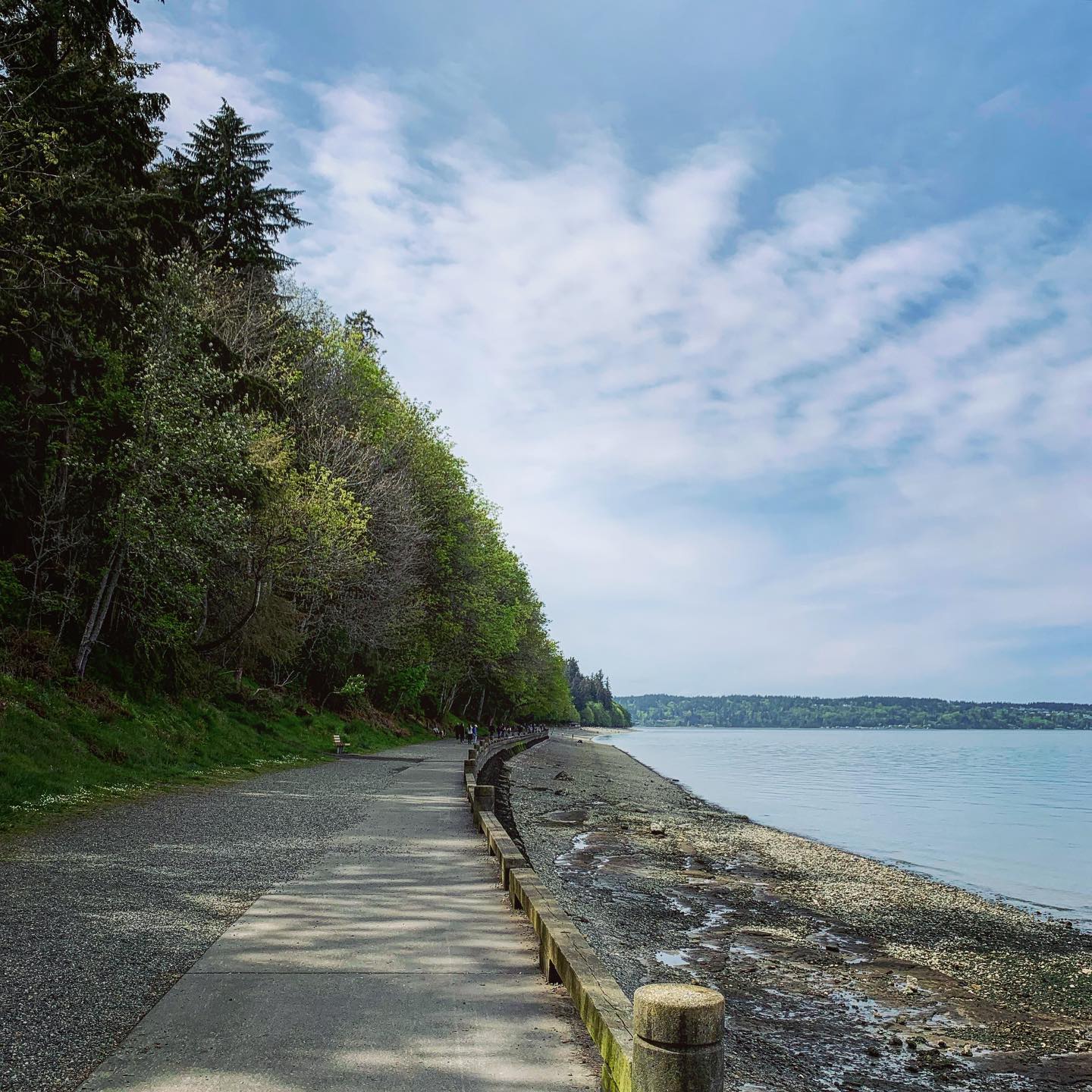 At the embankment of the navigable channel (waterway in the local language, I did not find a better translation) there was a rather nice territory of the university. Previously, a railway passed here, and the railway tracks were left in places in memory of the history of these places. There are buildings around that look like factories or railway stations, but now they are university buildings.

Closer to the embankment - several museums - the history of the state, glass, art ... I would also add sunny weather, so that everything is open ... It would be beauty! Most of all, I was surprised by one city trail, right next to it. So far, it is quite short, but there are plans to extend it. It was made on the site of the old railway. Now there are no weeds and thickets - but cut grass and unusual works of art in memory of the history of these places - for example, a hand with a sleeper in the form of a needle and some kind of wire like a thread - as if this place sewed together water and railway tracks), or a wagon with gold bars in memory of the thousands of Chinese settlers who helped build roads. 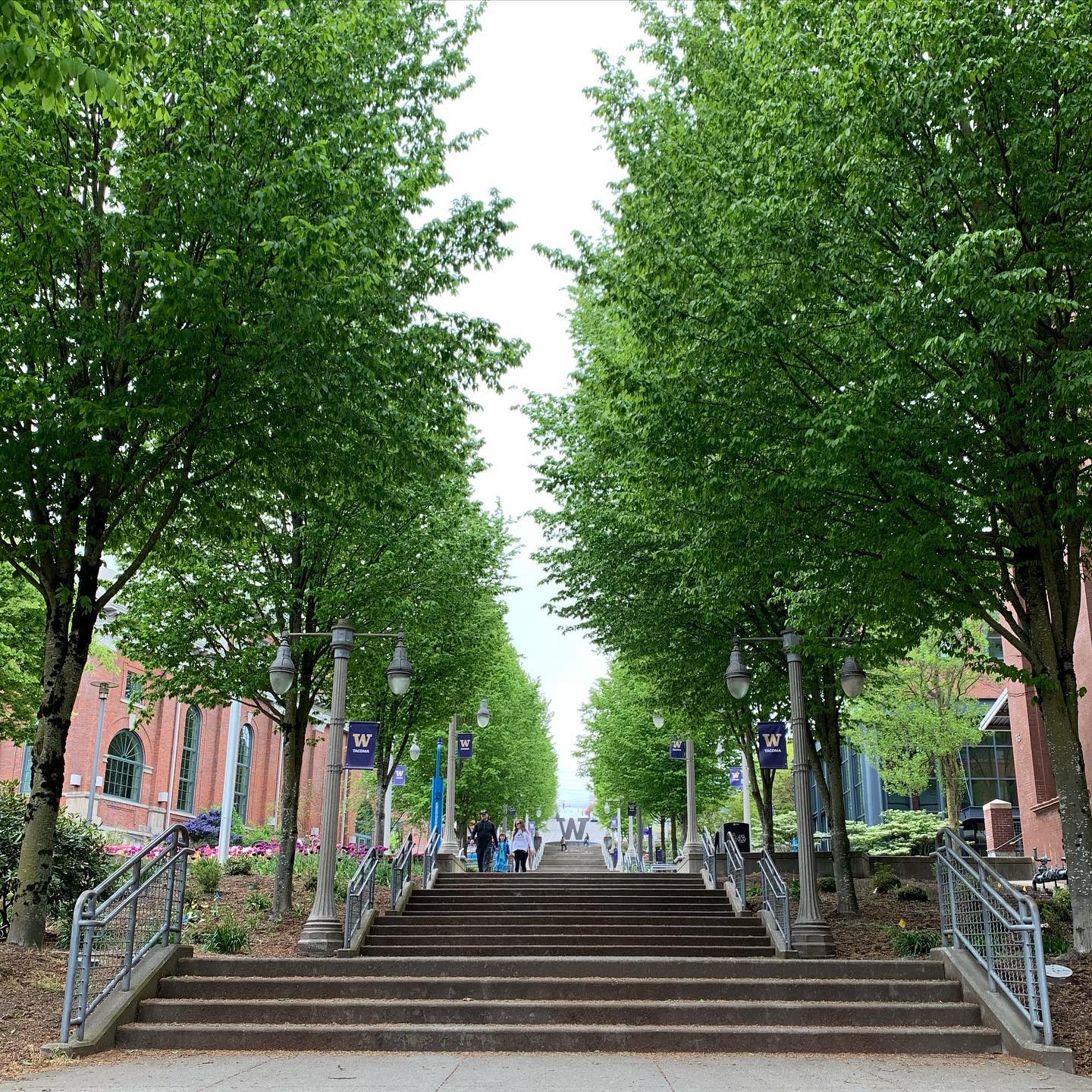 After we decided to take a walk along the embankment, but all the parking lots were occupied - the same quarantine. Therefore, we went further - to Defiance Park - one of the largest city parks in the country (3.1 km km - for comparison, the area of ​​\u200b\u200bCentral Park in New York is 3.41 sq. km). The parking lots are closed, but we found a spot by the side of the road. The nearest part of the park was in the Chinese style - pagodas, ponds, apparently again in honor of the Chinese settlers. 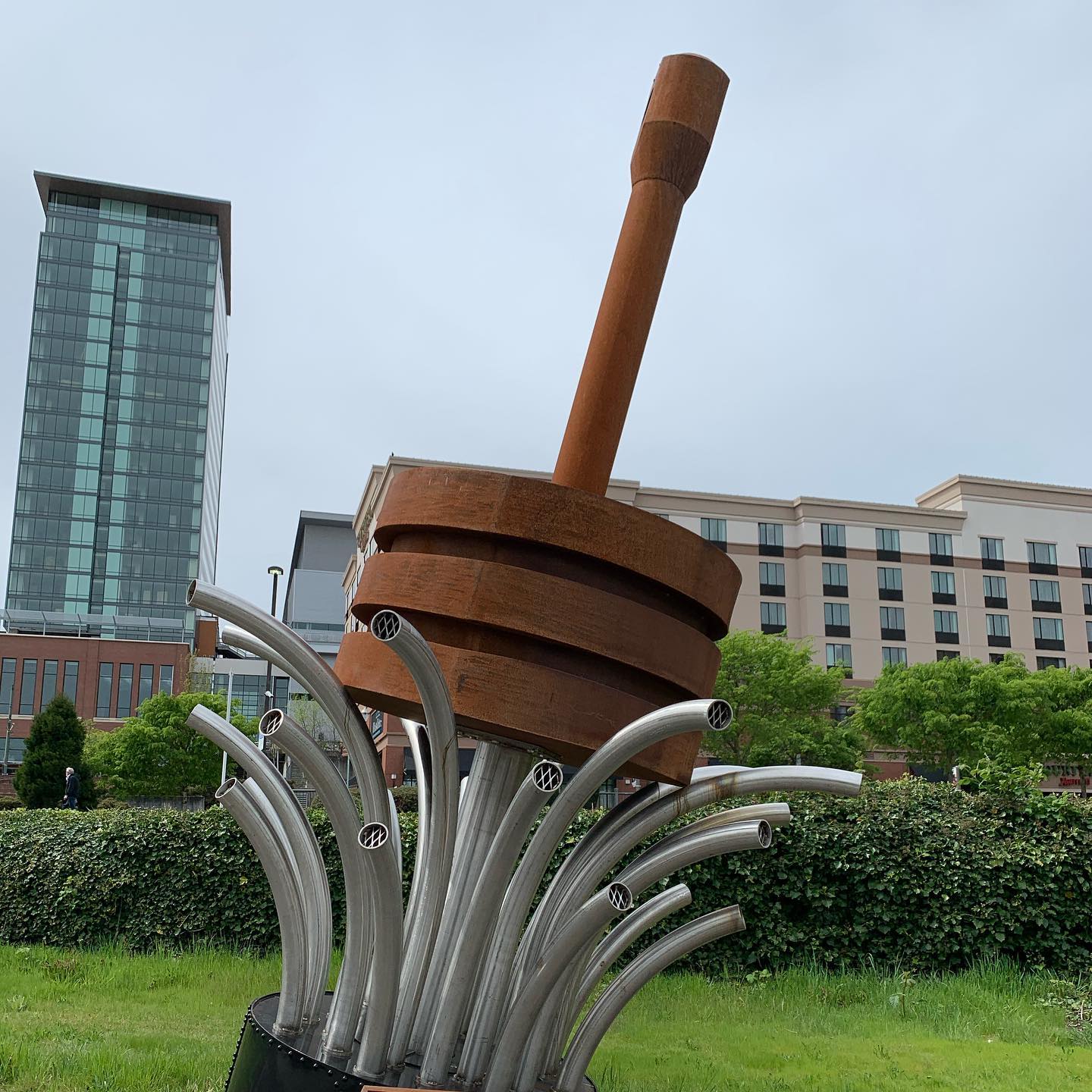 Although a quarantine has been declared, it is possible to walk in the parks - provided that a distance of 2 m is maintained. There are more people than expected, but everyone stays away, and many people are wearing masks of all kinds. Houses where you can fry shish kebab are wrapped with tape - so that they do not use. 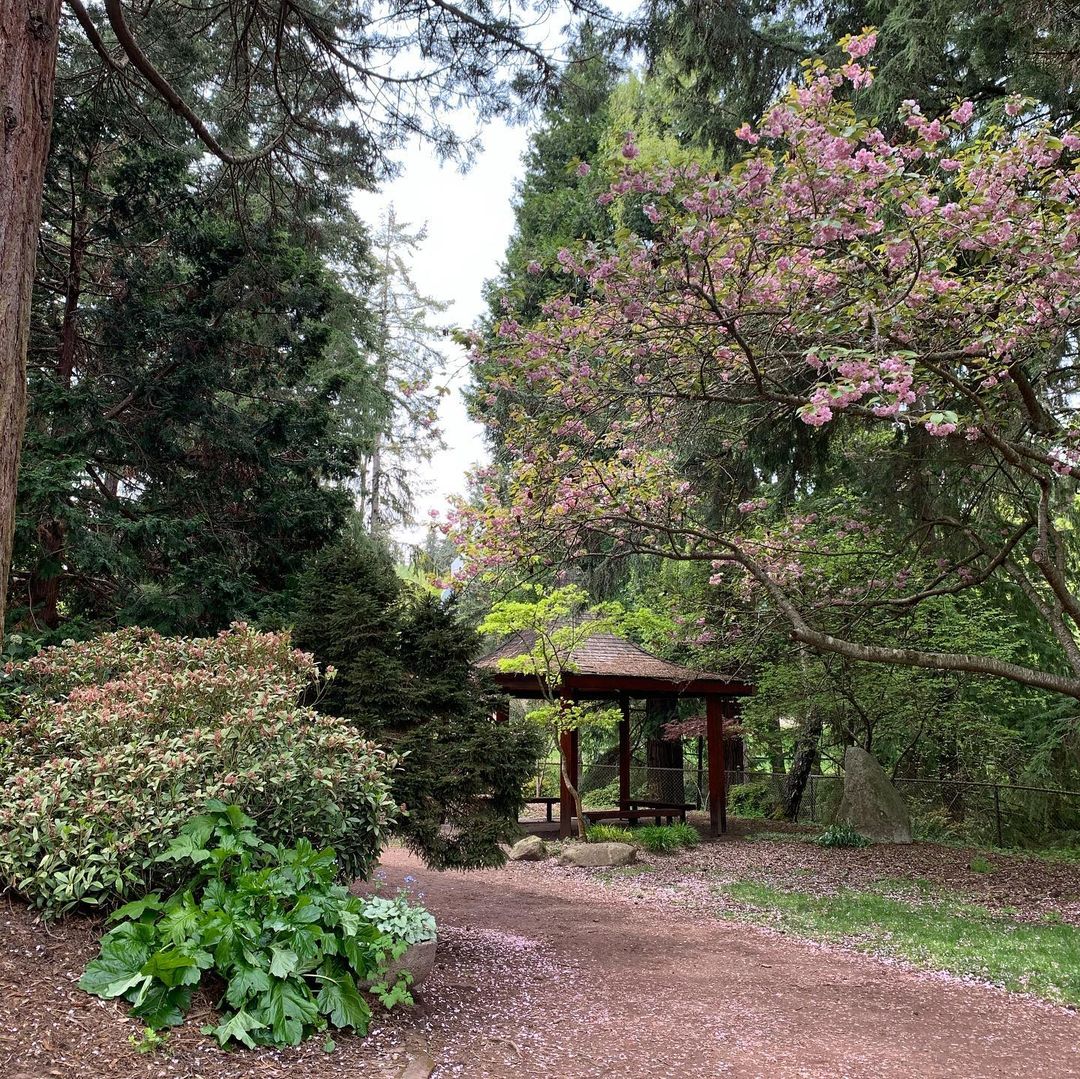 We stopped at Owen Beach and sat on a tree trunk. From here you can see Mount Rainier, the Cascade Mountain range and the island that separates us from Seattle-Vachon (you can go there by ferry from the same park, drive through and land on the ferry to West Seattle). After drinking coffee and looking for fur seals, we moved home.