The trip began with a surprise - while we were on the ferry, the captain said something over the speakerphone, but we didn’t make it out, and therefore when we approached the opposite side, we saw only diverging waves from a killer whale, very close to the ship ... But in the distance we saw several dorsal fins of other killer whales, one even released a small fountain from its blowhole. This was our first encounter with these whales! 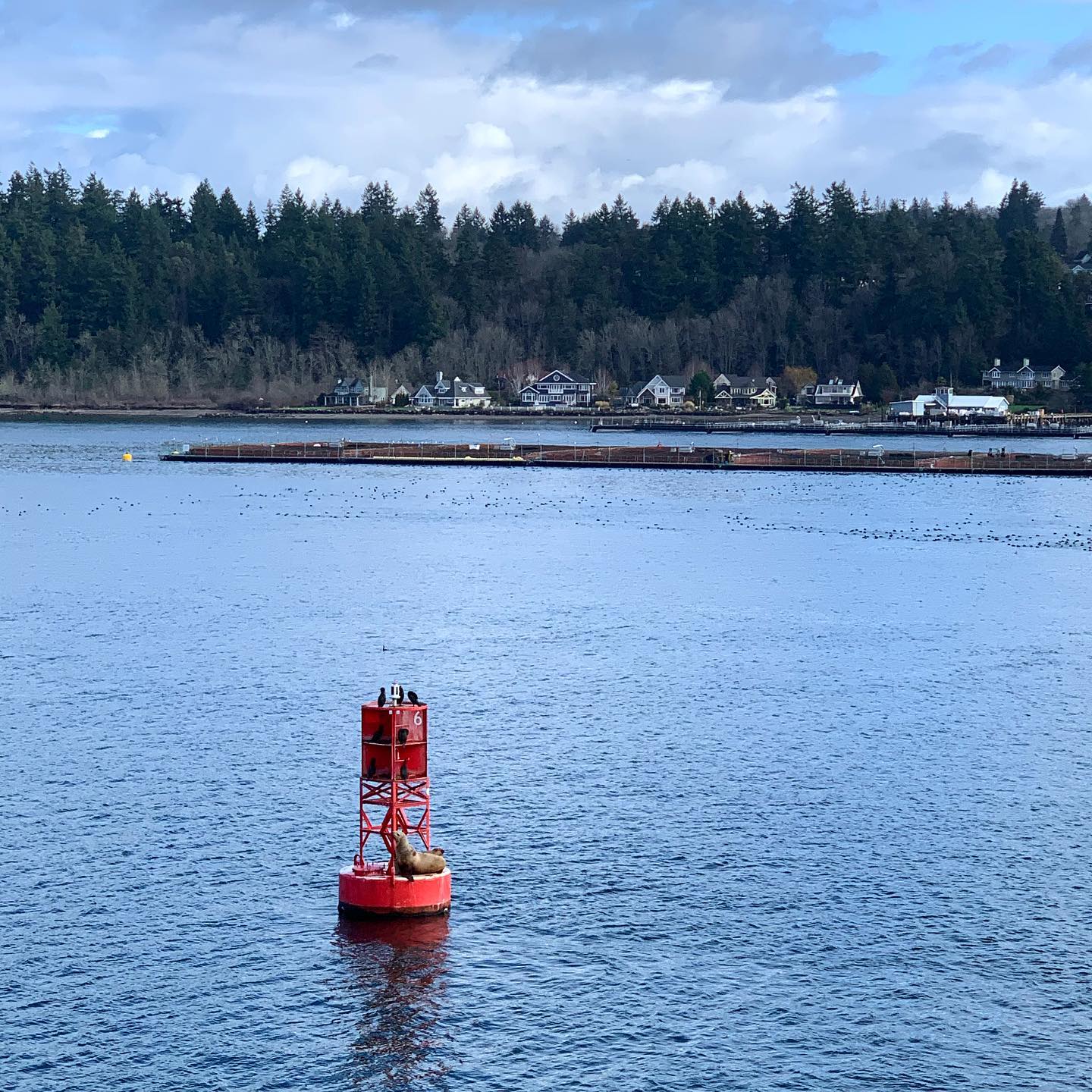 We stopped at the same places as before - to buy fruit wine - and just that weekend there was a wine tour of all the wineries in the area, but of course we had enough tasting from one :) 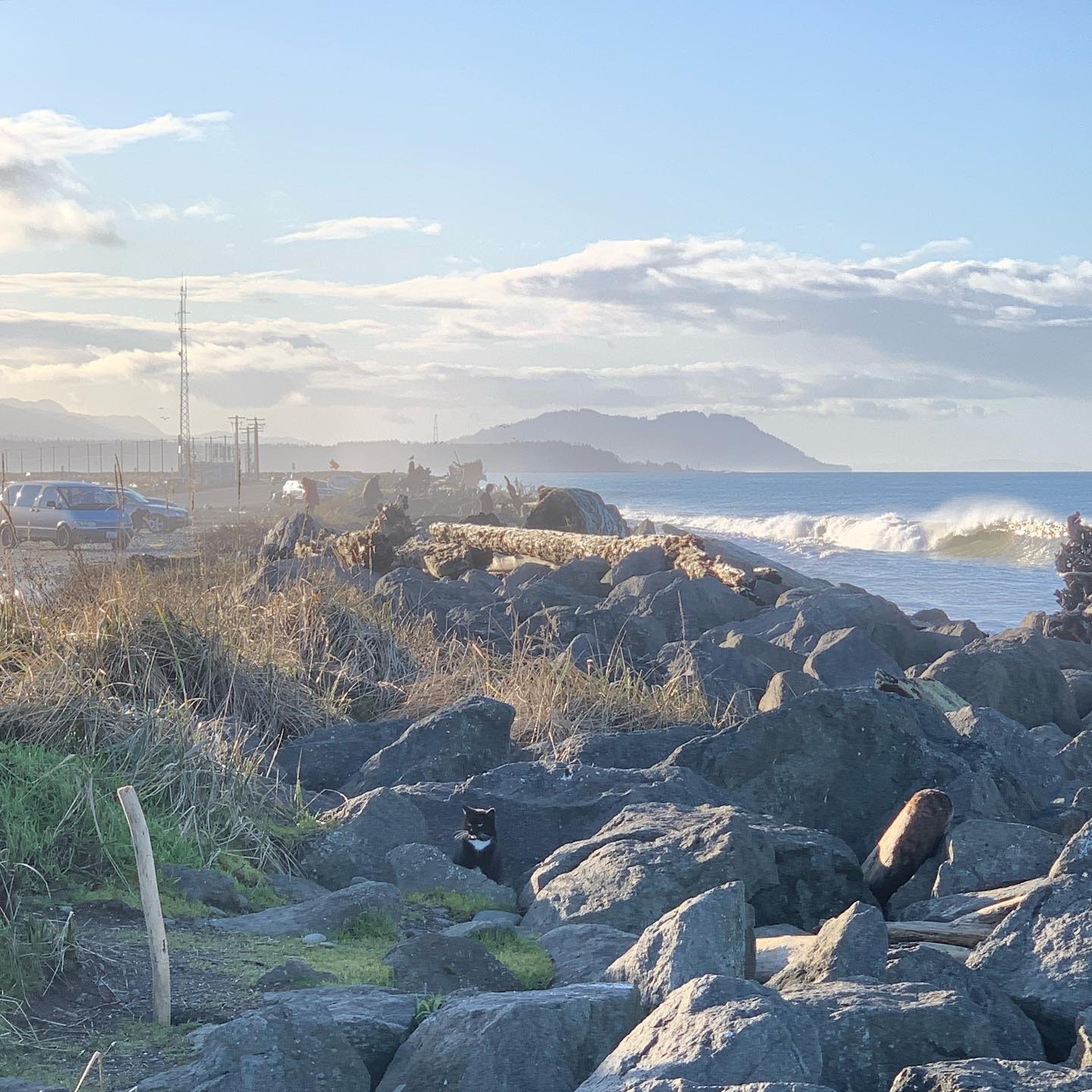 We stopped at the "spit", which protects the city - from Canada - from strong waves. The weather allowed us to view the snow caps from the Olympic mountains on our side, and the outlines of the mountains and the approximate location of Canadian Victoria. At the same time, the waves were quite strong - last time there were almost none. It was at that moment that I realized that I had missed the sound of the sea surf, and sunny weather - which I managed to make up for in this somewhat unexpected trip. 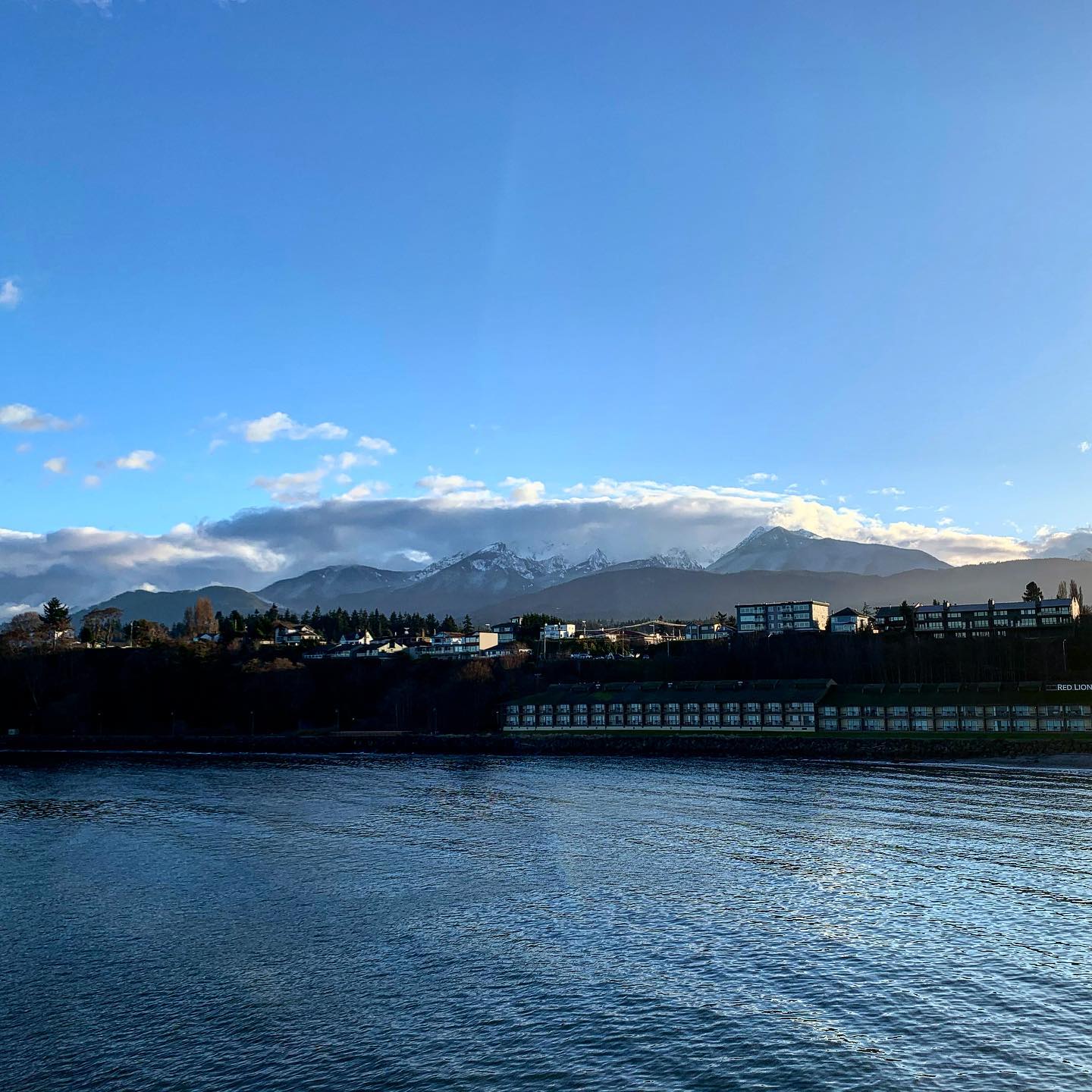 A cat lives on that spit. At the same time, marine - because it lives next to water, and not marine - but fluffy. He very quickly jumped over stones and cobbles, hiding from people, but he still let him in a little so that he could also admire him!