Finished my 3rd month of working from home. On Monday, May 25, a day off was scheduled - Memorial Day. Looking at the blogger from Los Angeles, we saw that California is starting to open up at a rapid pace (and we are moving from the first to the 1.5th stage of 4 so far). They took a day off on Friday, tickets on Wednesday - and rushed. 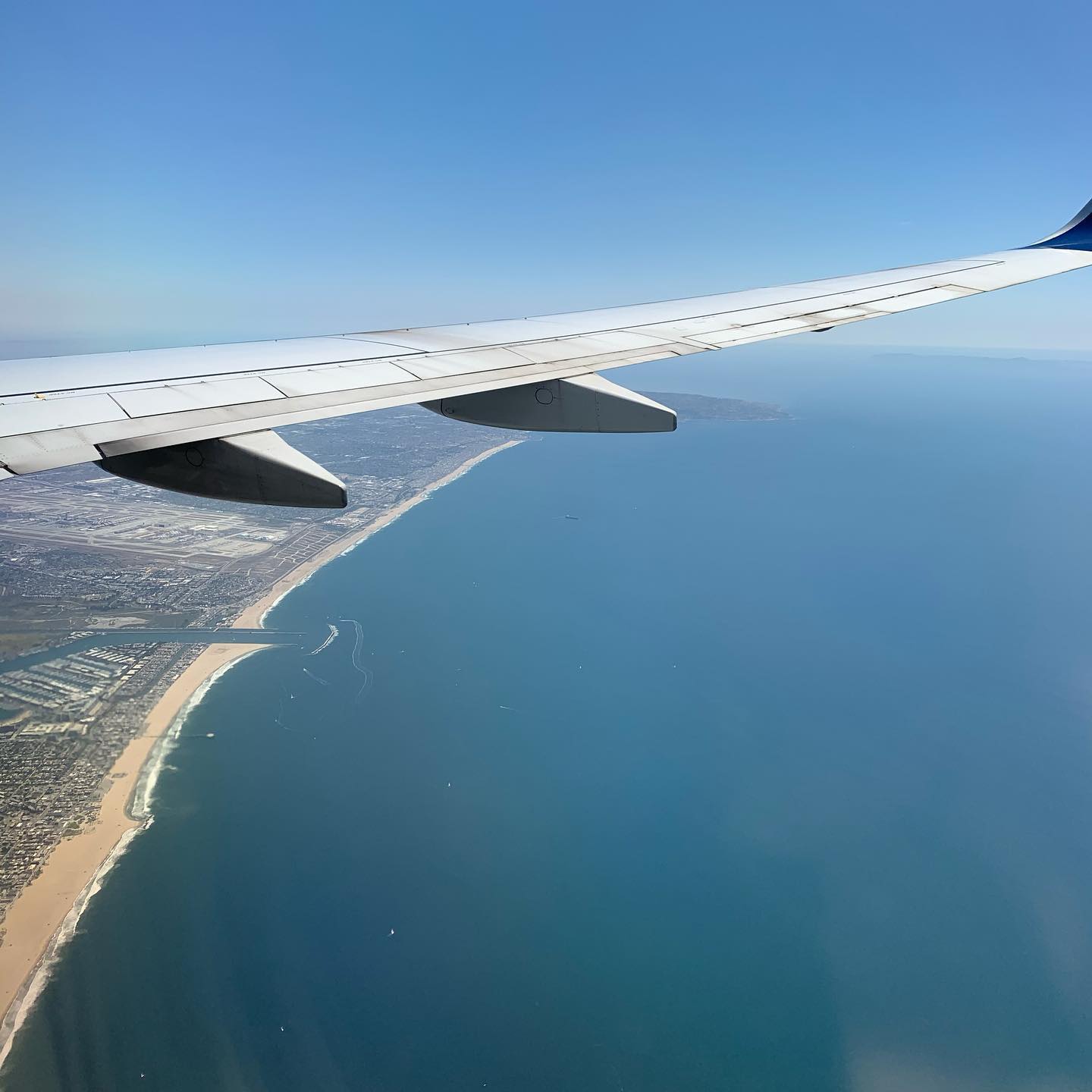 There were doubts - how is it at the airport, in the cities - maybe everything is still closed and it makes no sense to go? But everything went well. Many were wearing masks, but not all. She was asked to take it off during the inspection, and put it on when landing. The middle row of the plane was left empty (and I hope it stays that way forever), even though the plane was full. 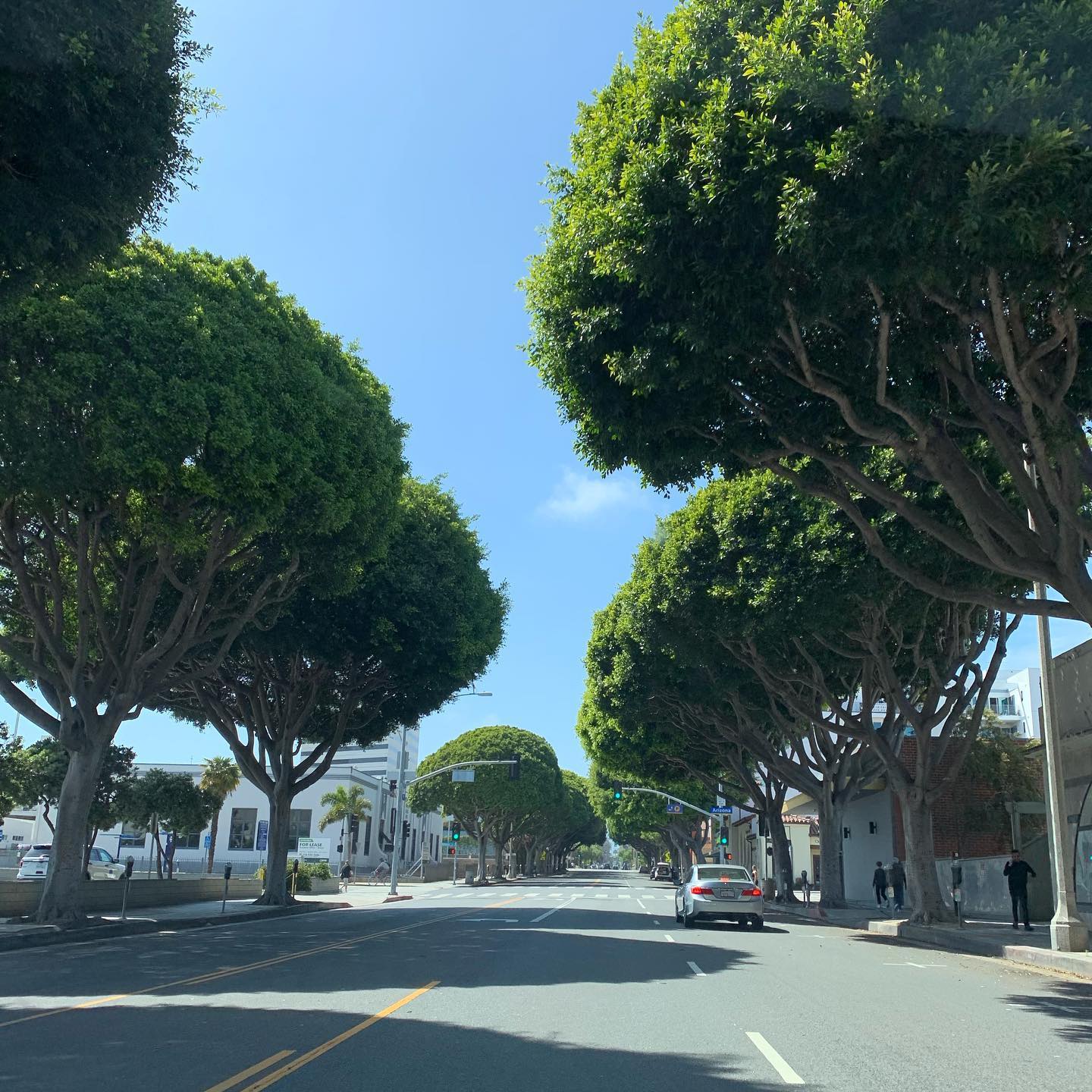 We rented a car - again, almost without queues (Internet reviews were frightening with queues for 30-50 people at normal times). First we moved to the hotel, threw things, took swimsuits - and to the beach! There were not very many cars on the roads, although I suspect that at other times there are frequent traffic jams. 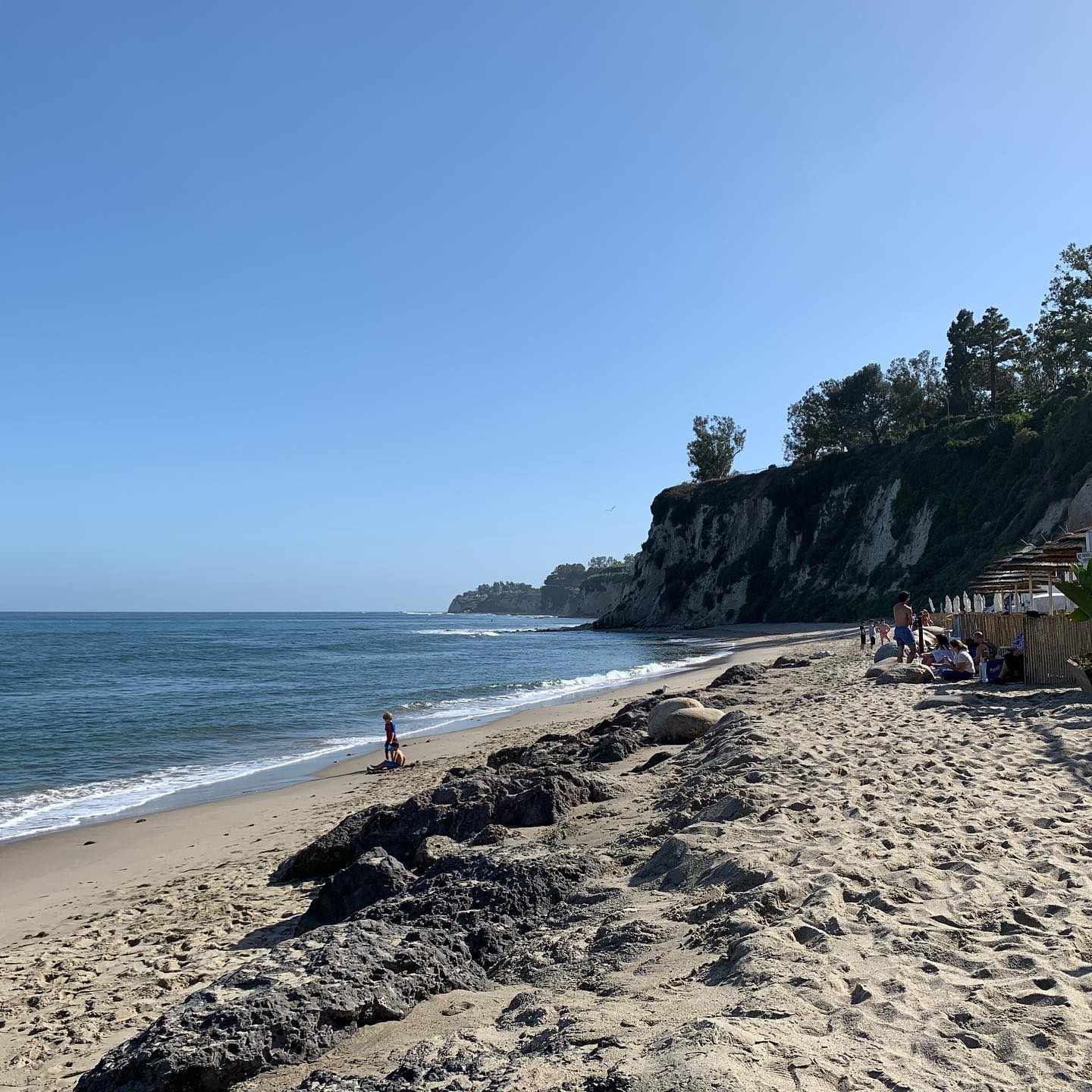 The gigantic parking lot by the beach is closed, although who cares: everyone parks along the road. Came to the beach - and no one swims. Well, as it were, the end of May, the water is 17 degrees - cool. But that won't stop me either! Swimming in the Pacific Ocean for the first time! Yes, it’s cool to go in - I constantly jumped to warm up, but it seemed that the body in the water was even warmer than in the air, and thanks to the high waves, I still completely plunged, and then dived headlong. I didn’t want to go out wildly - I understood that I would hardly be able to go in a second time. 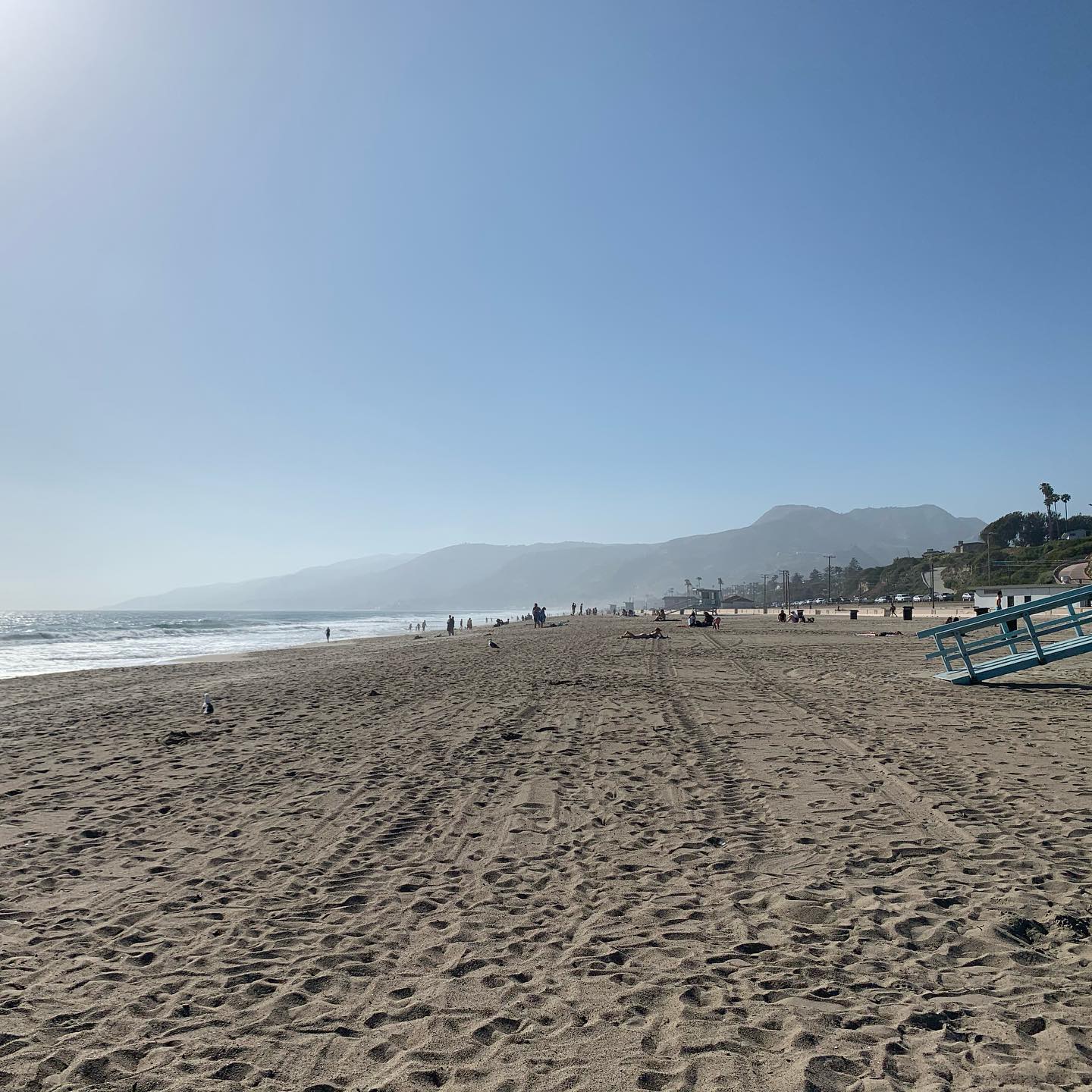 Looking at my burning eyes, and Sasha decided to swim, heh. Well, I'm the second time, while I can. The third time I jumped out of the water very quickly, because Sasha began to point to the water, and I saw the fins! 😱The first thought was sharks, so I moved to the shore, but it turned out that it was a flock of dolphins!! 🐬 They were literally twenty meters away from me. Now I think - it was necessary to swim to them, and not from them 😄 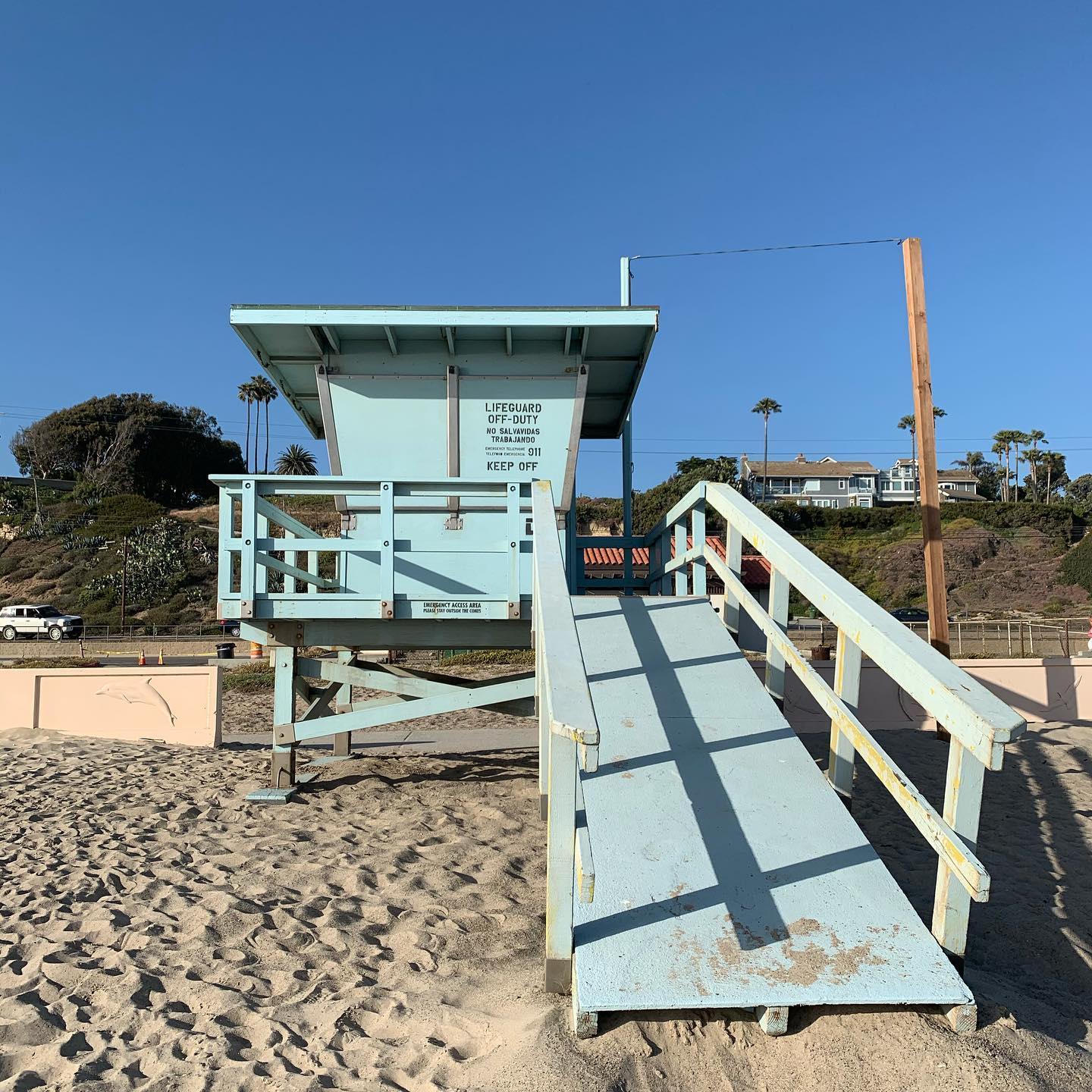 After drying off, walking along the water's edge, and going to the grocery store, we decided to have a bite to eat and meet the sunset somewhere in the park. But the parks are closed, so we stopped at View Point, next to other cars. The sunsets here are somehow unusual - especially bright and colorful. And in the water we again saw a flock of dolphins moving along the shore. Initially, we noticed them by a flock of birds that circled over the water and also wanted some of the prey. 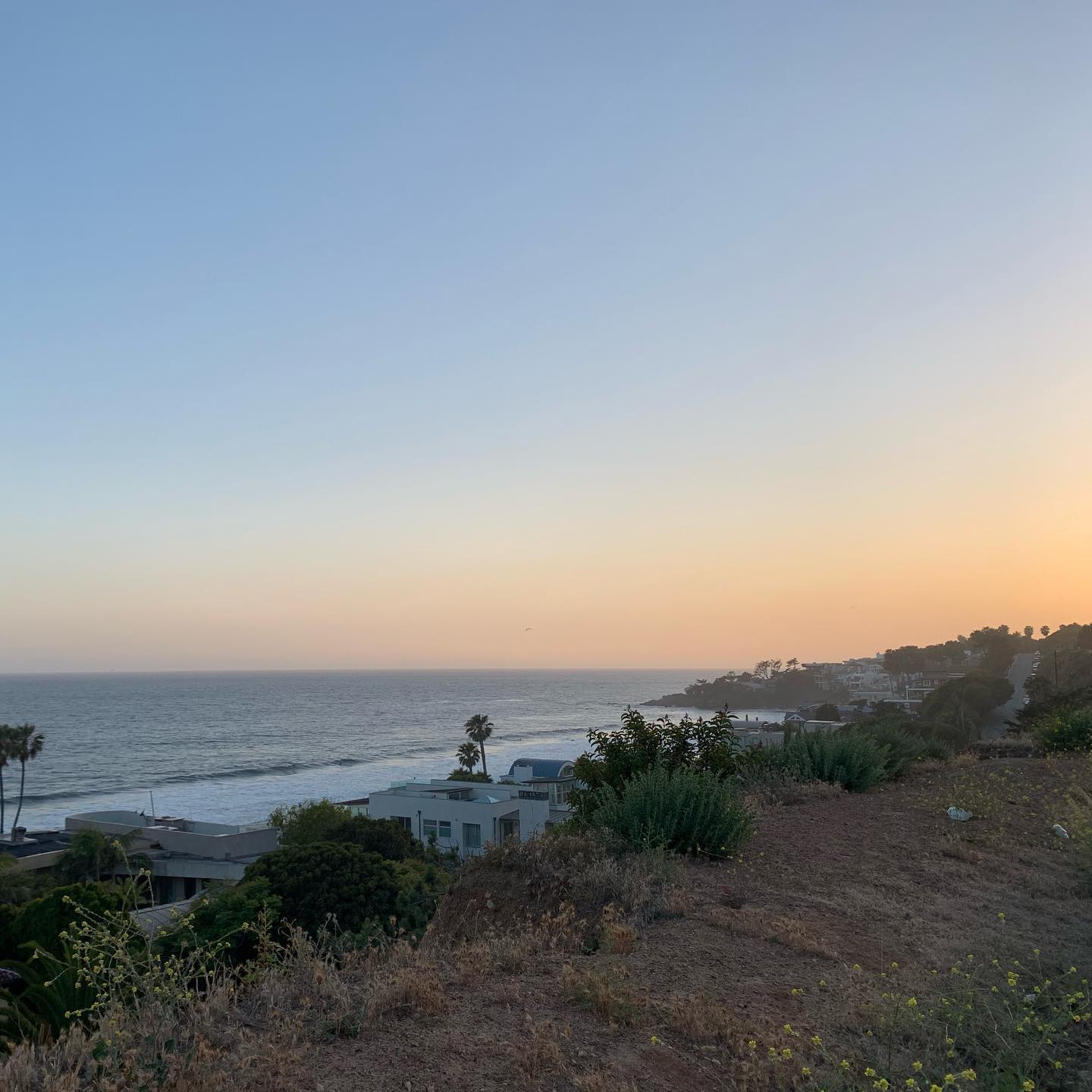 It's time to move to the hotel, wash off the sea salt and sleep. The next day is a tour of the suburbs.