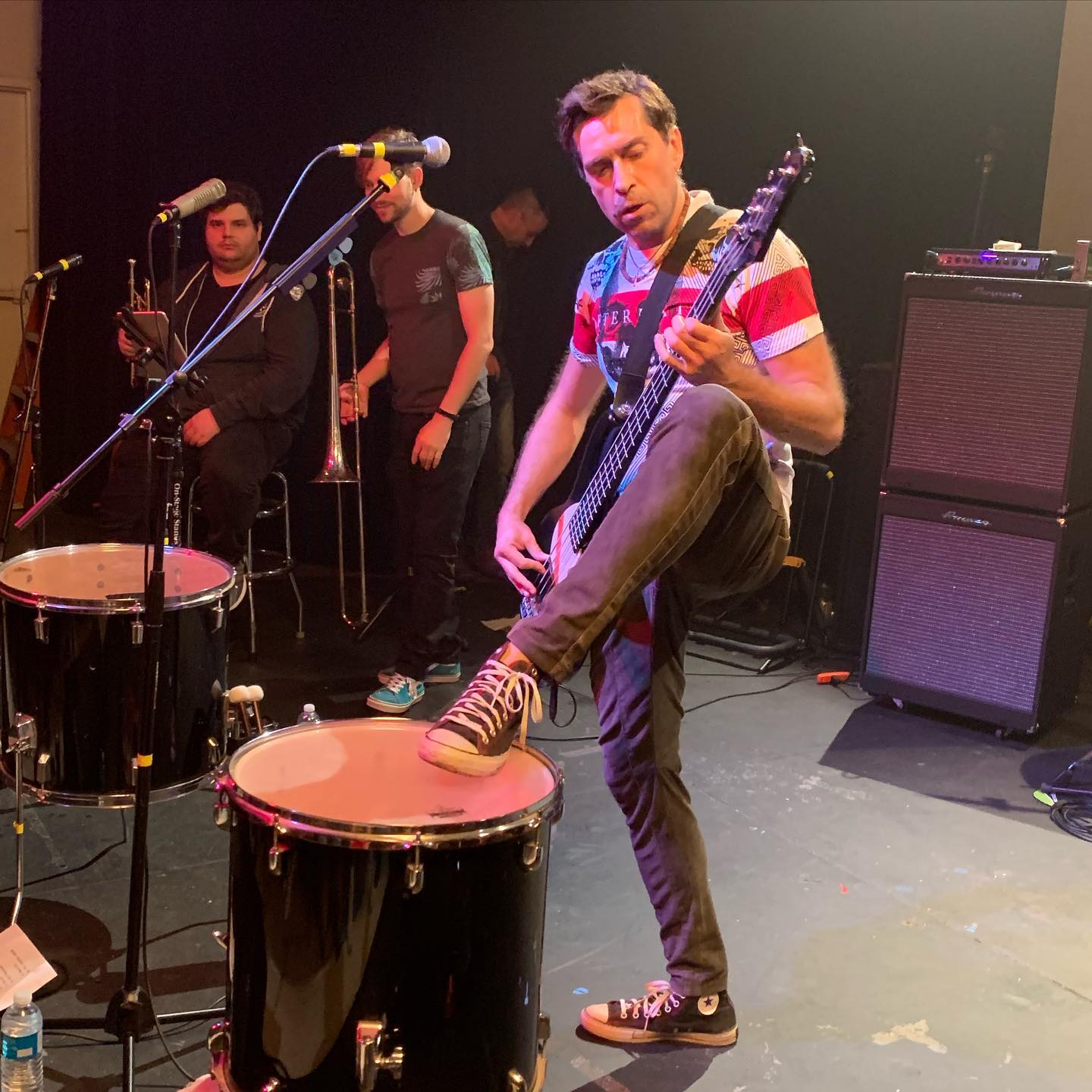 We went there only because Nogu Svelo! published only in Portland and Vancouver, and Seattle was missed - apparently, because it was a year ago (and we arrived later). Well, that can't stop us. Moreover, we arrived early - we locked ourselves in the room - and it was 100 people! Due to the fact that the site for the capture was closed, and in a hurry I had to look for a new one - instead of canceling - well done guys!!! 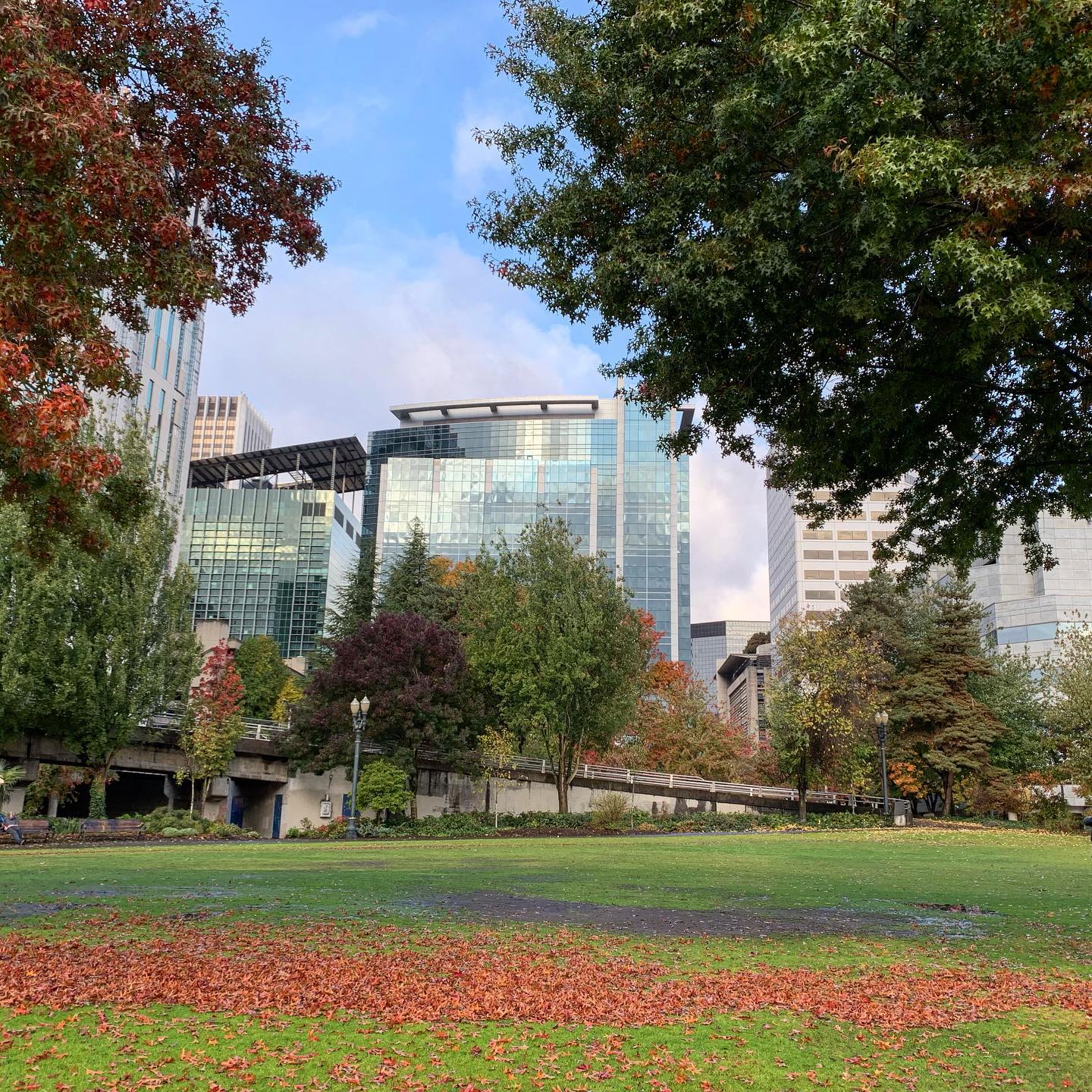 So. We stand like that - we look at how the instruments are tuned, someone greeted us. Then Max came with another crowd of people, the organizer greeted us (as he felt later) and asked - do you count friends? Uh… yes, we just came here :) Then we sent to hold the door - on Facebook they posted the beginning of the concert an hour earlier, so while we captured the people, the artists got ready, and the woman and the girl opened their T-shirts - it happened to Tatyana Pokrovskaya with her daughter O_o 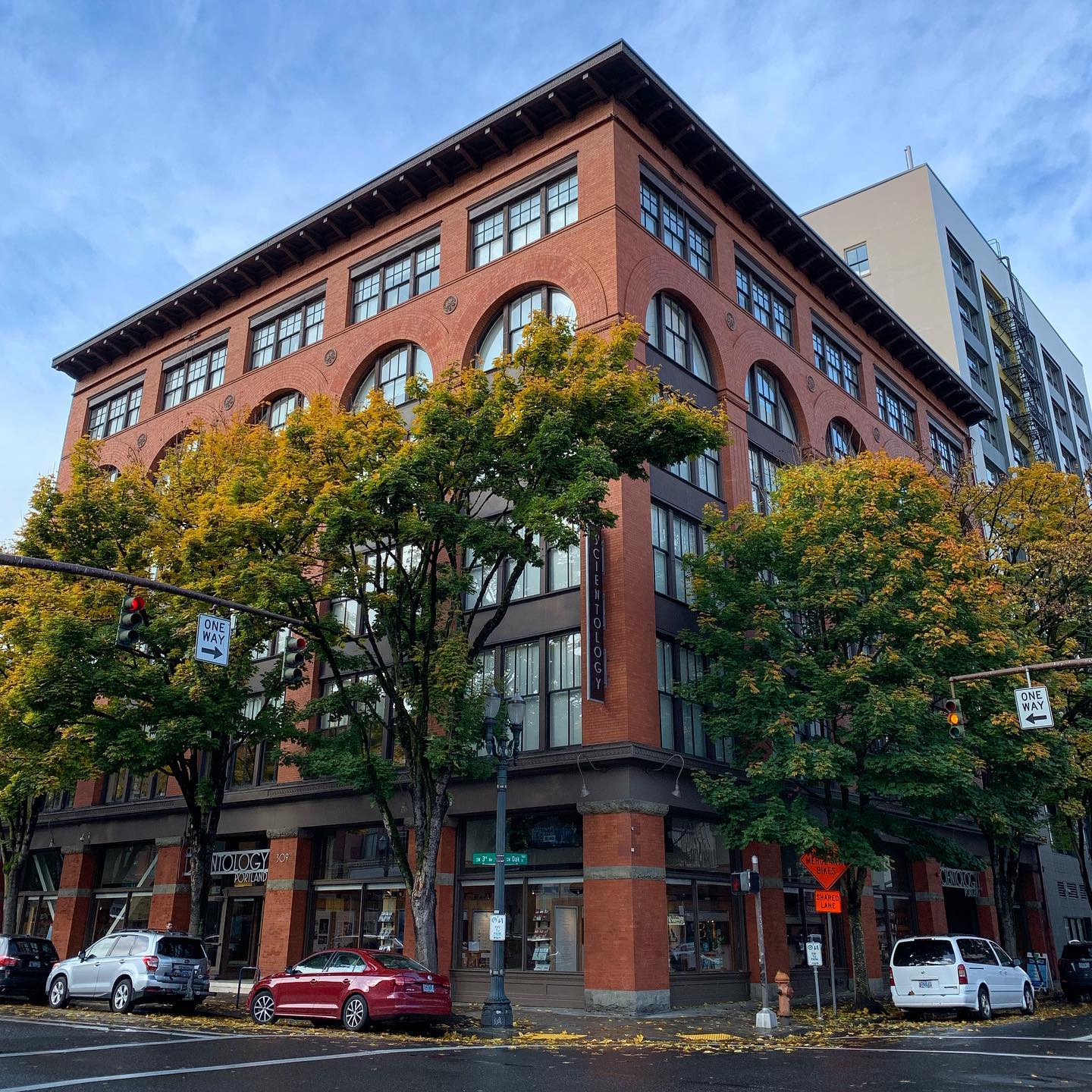 And then a concert came out - first a local cover band Eclectic and then Mad Max came out - he beat the drums and annealed it to the fullest. I taught Haru Mambaru to dance - after all, this is the first song that my mother showed me, and with which my acquaintance with the work of this group began... 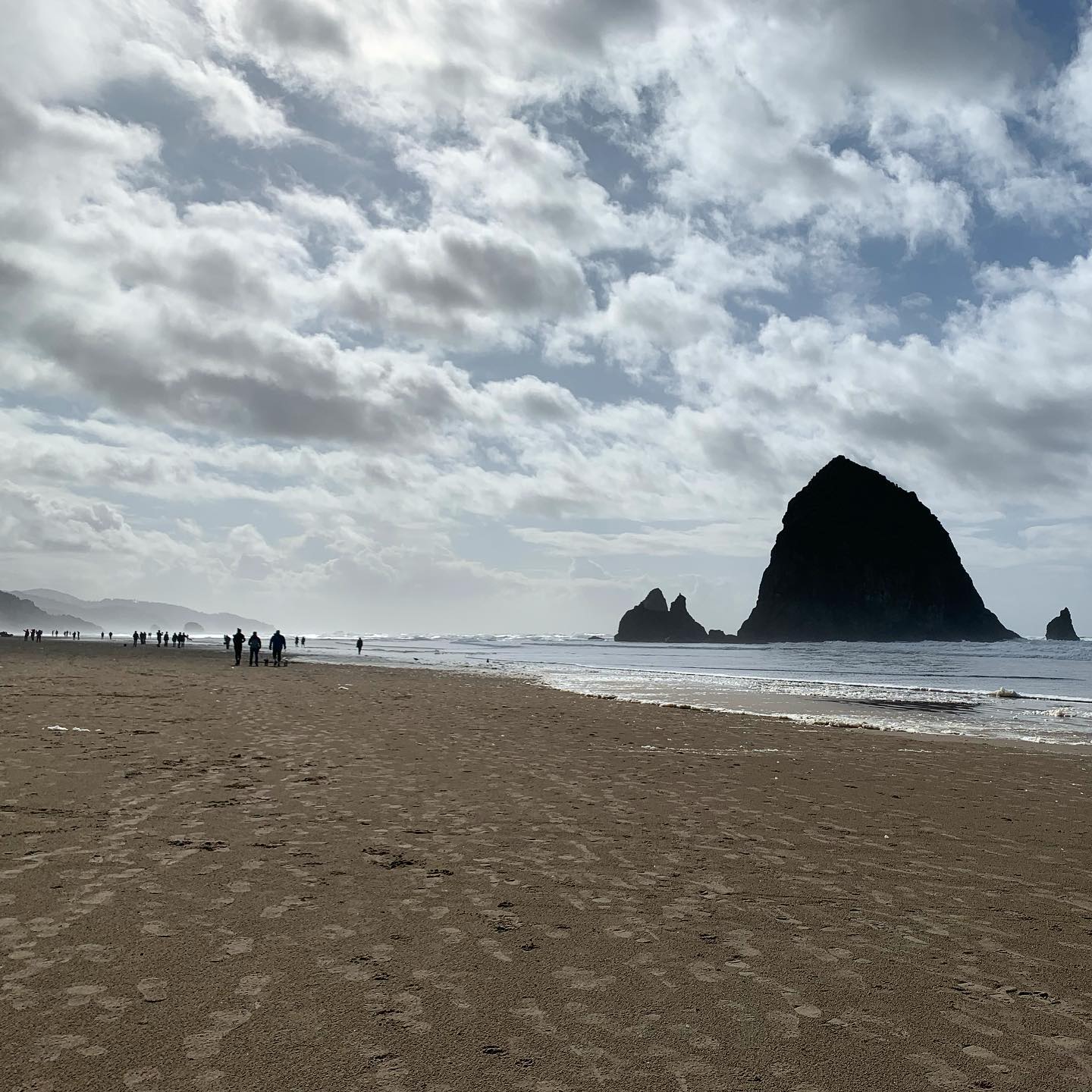 The next day, just a headache - we stood under the speakers, and fell asleep late. Despite this, we walked around the city center for a bit - the parks were surprisingly free of homeless people - were they really all taken to Seattle? I can't find any other explanation. And then we moved to Cannon Beach - a 1.5 hour drive from the city. Since it happened over the weekend in places - why not take a little ride? 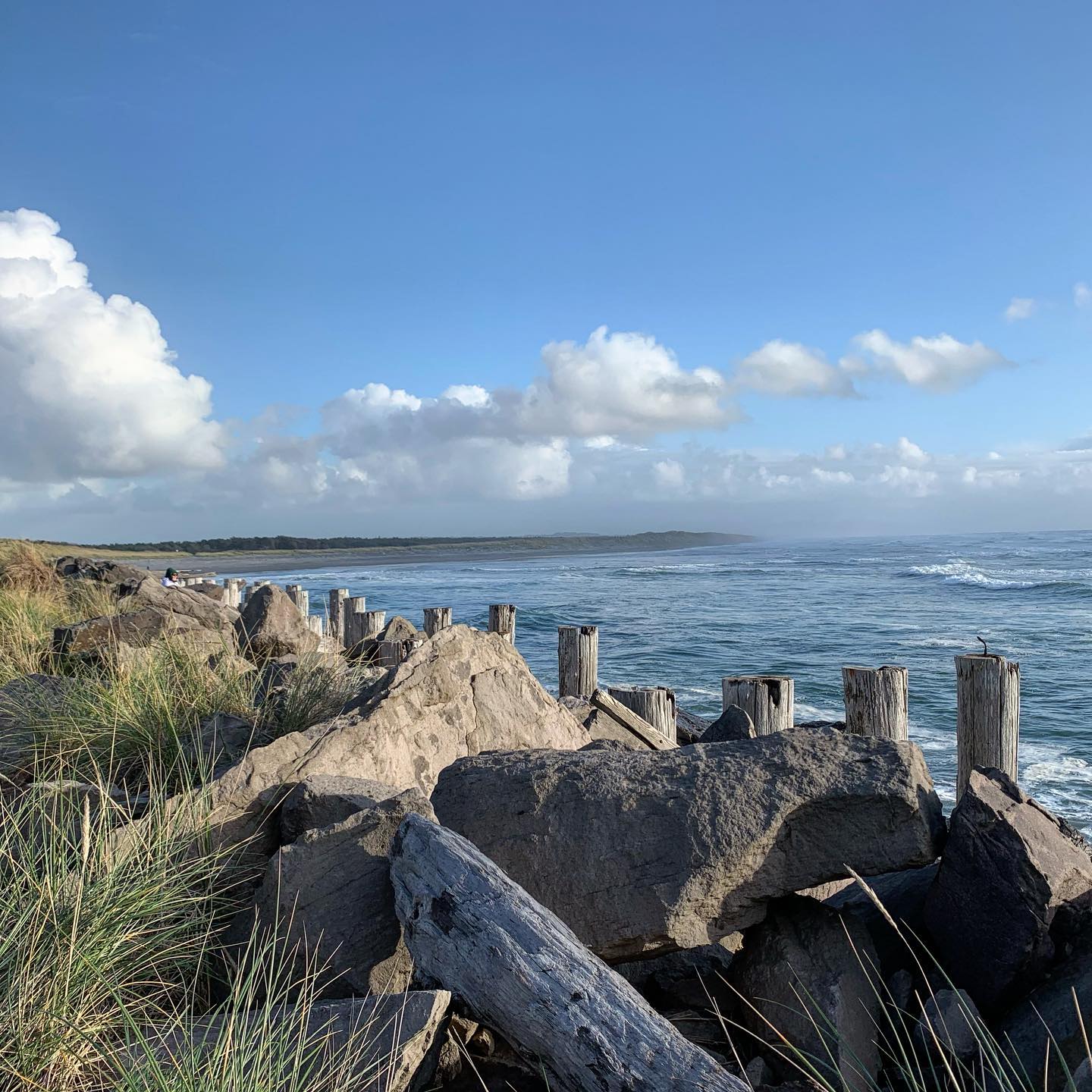 Here we have already been in history for the third time, but only now it became known that in 1805 the rocks that sailed here were discovered, which stood not far from the coast - this is a hardened lava, they were connected to the coast, but due to erosion it happened such a separation... 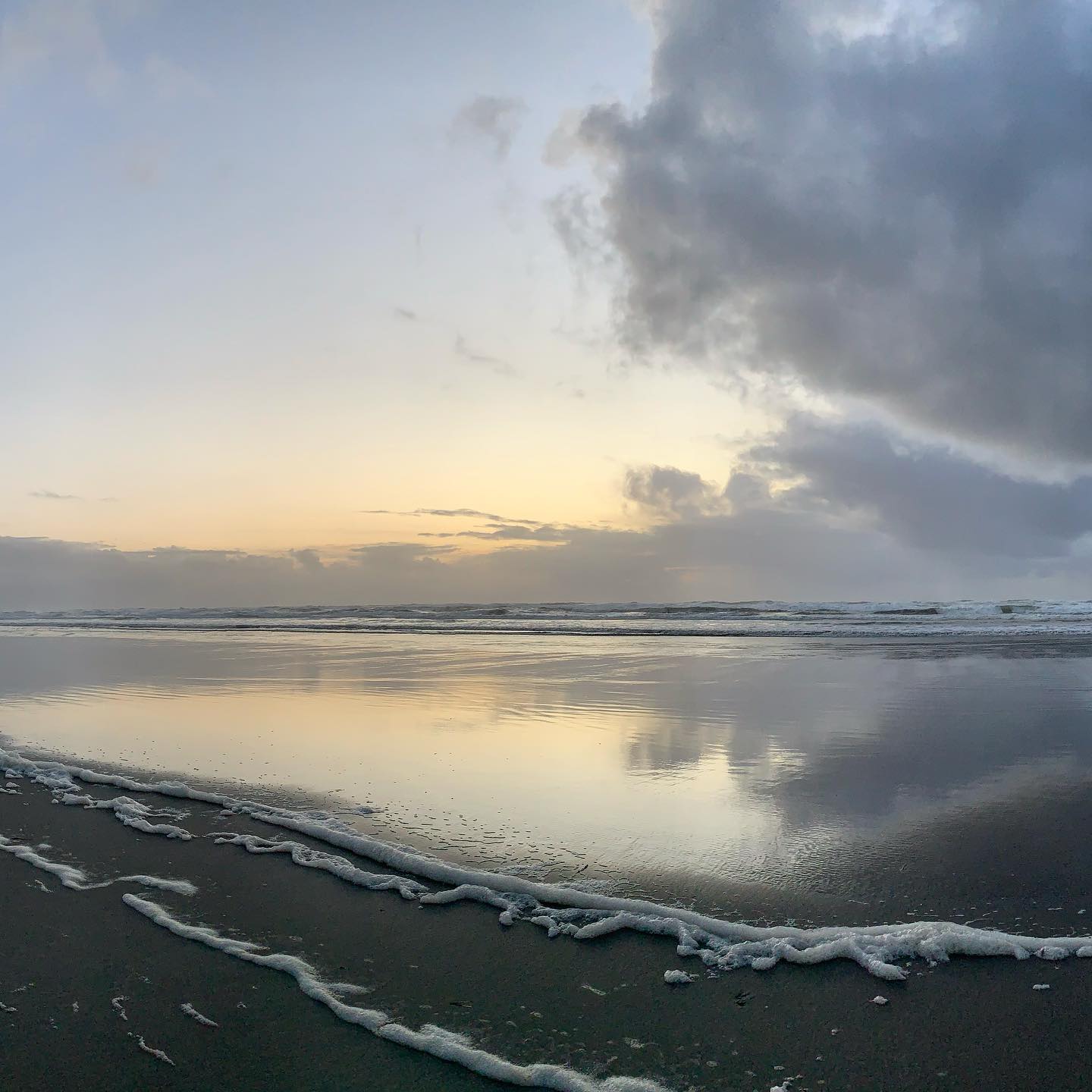 The next point is South Jerry, the most northwestern point of Oregon, with a gorgeous view from the observation deck of the ocean and the breakwater, allowing ships to safely enter and leave the Columbia River. On the opposite side is North Jerry, the most southwestern point of Washington. There is also a lighthouse and an observation deck with a museum. And a little further - the longest beach, Long beach, and if you're lucky with the weather and the mood of the ocean, you can watch the sky in a mirror surface... 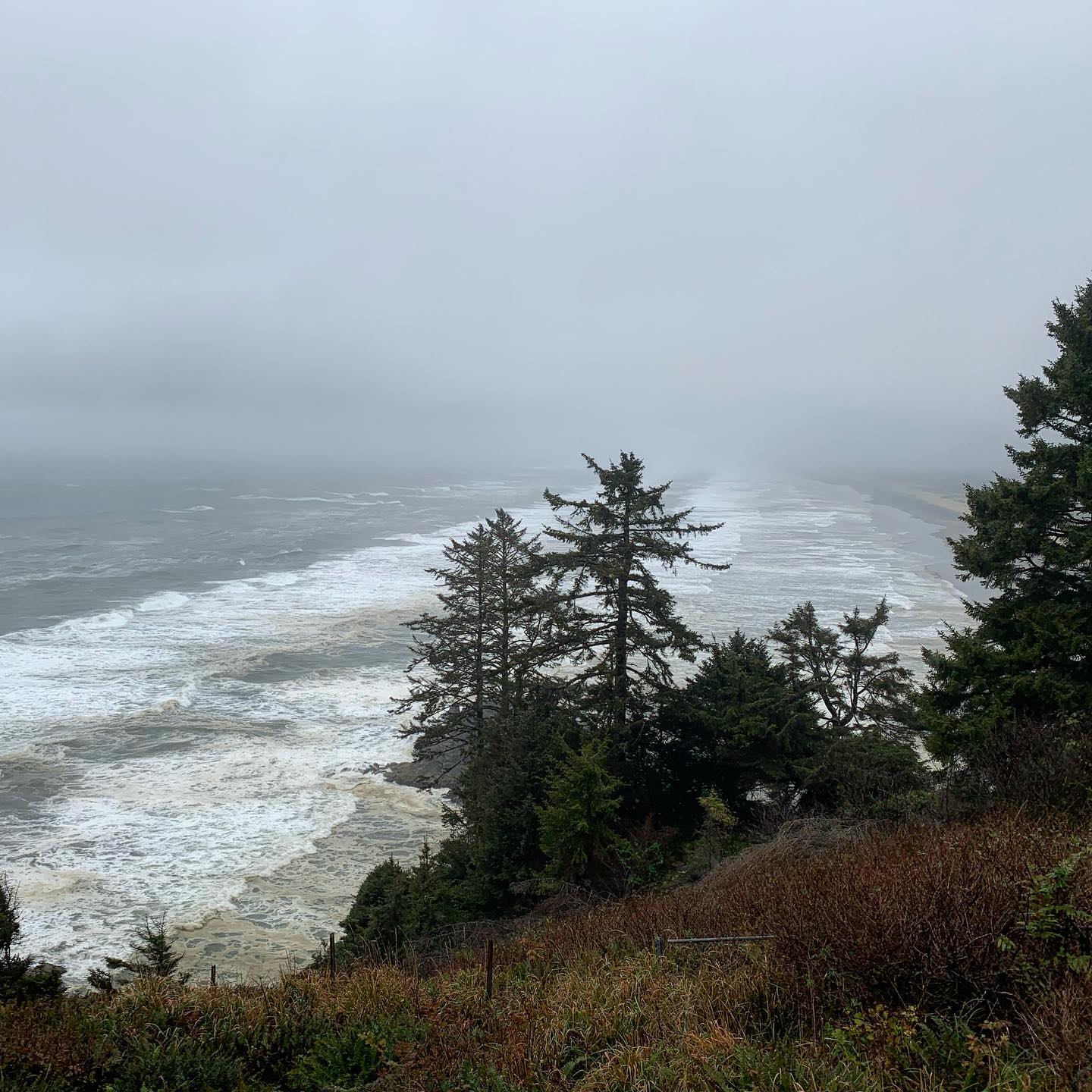